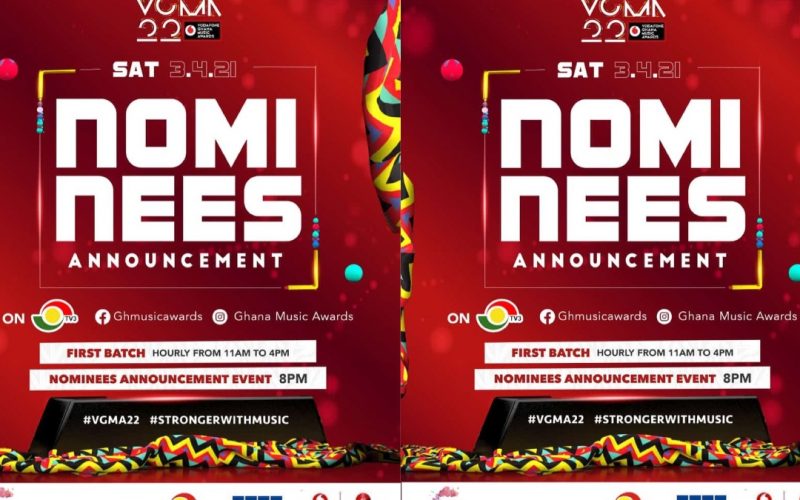 2021 Ghana Music Awards nominations to be announced on April 3

Nominations for the 2021 Ghana Music Awards will be unveiled on Saturday, April 3, 2021.

Organizers, CharterHouse say the list was put together after “rigorously sifting through, meticulously reviewing and carefully analyzing over 1000 submissions.”

The announcement will be done in two parts: unveiling of categories every hour between 11am and 4pm, and a nominees announcement ceremony where the final set of nominees will be revealed.

The call for submissions from artists, music producers, Instrumentalists and stakeholders was made on January 2021. The works eligible for consideration are those released between January 1st to December 31st, 2020.

The 22nd Vodafone Ghana Music Awards is sponsored by Vodafone, with support from TV3, KPMG, DStv, Mentos, CloseUp and powered by Charterhouse.