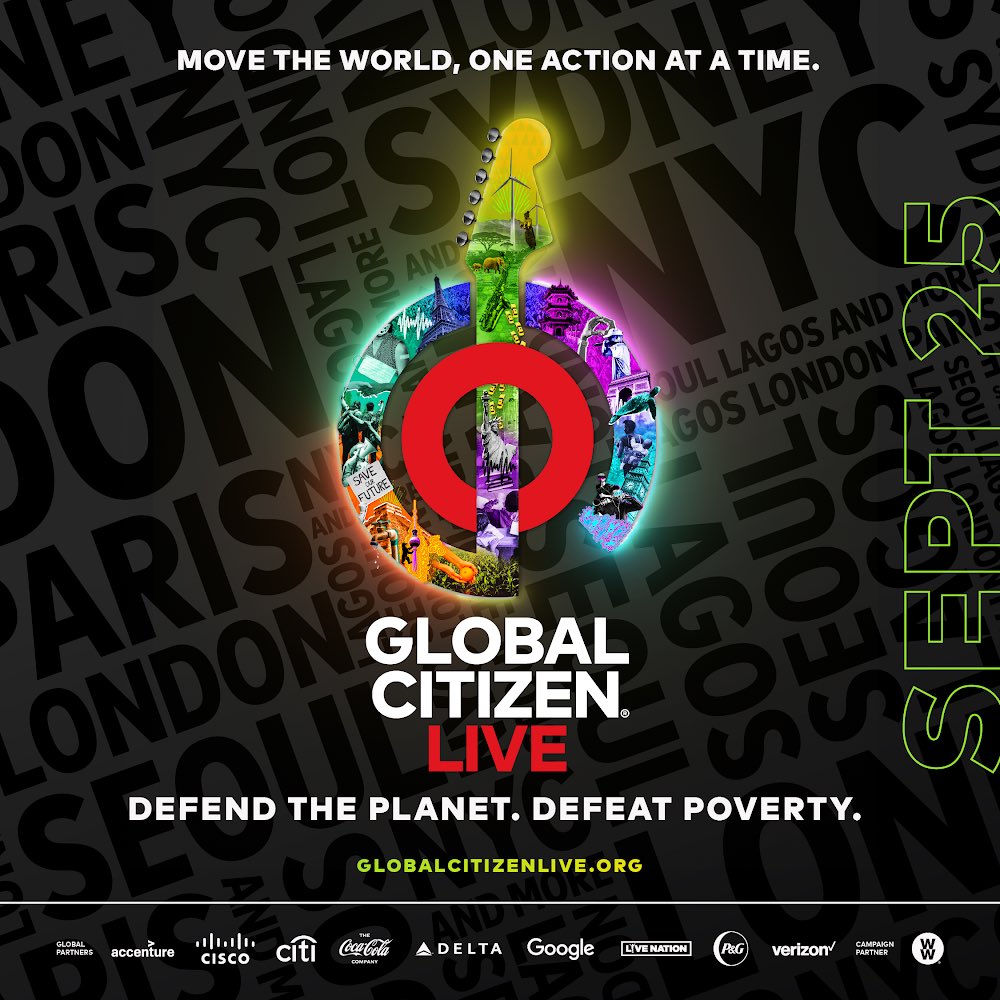 Angelique Kidjo, The Weekend, Ed Sheeran, Lorde, Others To Perform At This Year’s ‘Global Citizen Live’

Multiple time Grammy award winning act, Angelique Kidjo, The Weekend, Ed Sheeran, Lorde and many of the world’s decorated and iconic figures will be performing at this year’s edition of the forthcoming magnificent and prestigious ‘Global Citizen Live.

Global Citizen, a movement of engaged citizens is committed to defeating poverty, demanding equity and defending the planet- The 24 hour and once in a generation broadcast is scheduled to happen on the 25th of September 2021, will be live across 6 continents.

Announcing in a tweet, the movement revealed that the forthcoming livestream event will bring the world together to defend the planet and defeat poverty.

Angelique Kidjo reacting after artistes to perform at the event were announced, urged all to join her at the event.

”#GlobalCitizenLIVE is happening Sept 25! Join me and @GlblCtzn for a once-in-a-generation event featuring world leaders, activists, and performances from all over the world to defend the planet + defeat poverty!