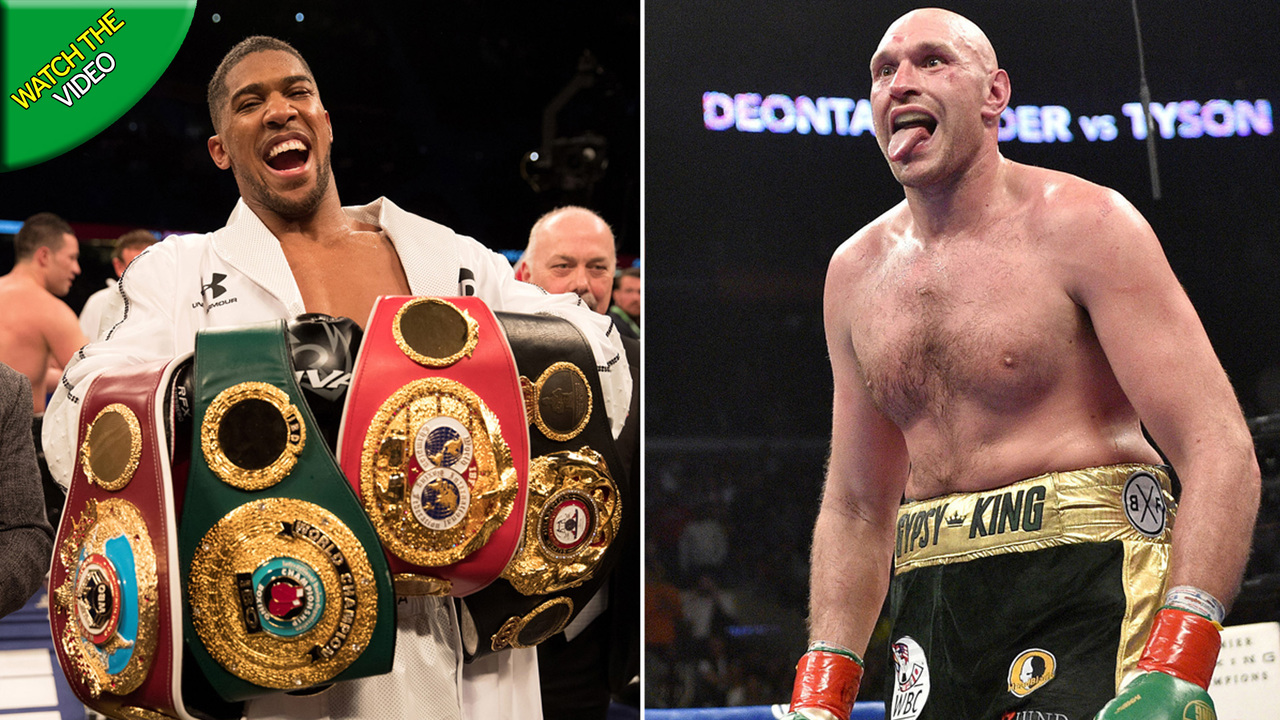 Anthony Joshua and Tyson Fury have finally signed a lucrative two-fight deal for the biggest clash in British boxing history for the undisputed heavyweight title.

Joshua’s promoter Eddie Hearn confirmed to Sportsmail that all the paperwork has been completed, exchanged, and signed for two mega-fights, with the first scheduled for this summer.

A date and venue is expected to be finalised in the next three weeks to a month, with late June or early July the prime options for the opening showdown.

Hearn told Sportsmail: ‘All sides have now put pen to paper on what will be the biggest fight in boxing.

‘We will now collectively look at the best site deal. We have had a lot of offers and now we will go over the details and see what works the best for this historic fight.

‘The agreement is for two fights and getting the names on contracts is a huge step. We will hopefully be in a position to confirm details on where and when in the next month.’

The split for the first fight will be an even 50-50, with the winner going on to command 40-40 of the purse for the rematch. Each fighter will be looking to become the first to hold the undisputed crown since Lennox Lewis.

Hearn and Fury’s camp, led by Bob Arum and Frank Warren, have reportedly received lucrative site proposals from the UAE, Saudi Arabia, Singapore, the US, and Australia, among others for the locations.

The money-spinning two-fight deal will eclipse Floyd Mayweather vs Manny Pacquiao as the most lucrative bout in the sport’s history.  Both Joshua, 31, and Fury, 32, are set to earn £100million each as part of the eye-watering purse.

Hearn revealed the break-through on Monday when he exclaimed ‘the hard bit is now over the line’ giving fans the excuse to now get excited about the fight finally coming to fruition.

‘We’d like to get a site deal confirmed in the next month,’ Hearn added.

‘We’ve already had approaches from eight or nine sites. The offers have come from multiple countries in the Middle East, from Asia, Eastern Europe, and America.’

‘The hard part is always getting everybody to put pen to paper but this was a major effort from all parties to get this over the line.

‘You had rival promoters, rival networks and rival fighters.

‘I actually feel we’ve done the hard part. Speaking for myself, Anthony and his team at 258 management, I know how hard we’ve worked hard these last couple of months and I just feel that this fight is so big it’s not a difficult sell.’

Hearn added: ‘This is the biggest fight in boxing and one of the biggest sporting events in the world.

‘It will be a major, major win for a country that wants to showcase itself.’