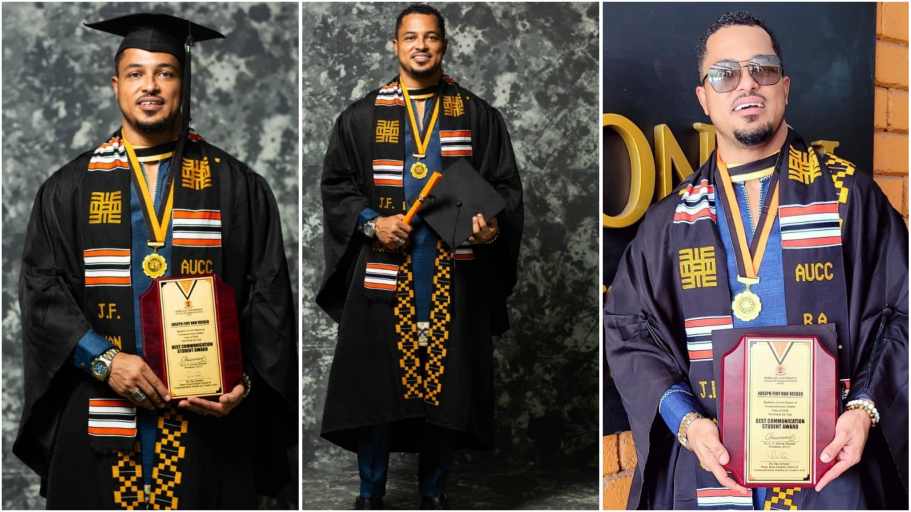 The African University College of Communications (AUCC), formerly known as the Africa Institute of Journalism and Communications (AIJC), a private tertiary institution is offering 15% scholarship for the 2021/2022 academic year new students.

The school established in 2002 by Hon. Kojo Yankah is encouraging young achievers and dreamers to take advantage of this great opportunity for the 2021/2022 Academic year admission to share in the school’s mission as “AUCC as a higher educational institution is to prepare lifelong learners to become innovative problem-solvers and ethical leaders through excellence in inter-disciplinary teaching, research, and collaboration using a Pan-African framework.

AIJC admitted the first batch of Diploma students for its Communication Studies programme in 2002, and was formally accredited as a tertiary institution by the National Accreditation Board (NAB) in 2004.

In 2007, AIJC received another approval from the National Accreditation Board to offer Bachelor of Arts degree programs and became known as the African University College of Communications (AUCC), becoming the first University College in Africa to offer Journalism and Communication Studies as its flagship programmes. In 2010, AUCC was again granted accreditation to offer Bachelor of Science degree courses in Business Administration.

Currently, The Masters in Communications programme has also admitted its second batch of students. AUCC is working assiduously towards the introduction of another Masters’ degree programmes in the fields of Integrated Marketing being awarded by the University of Winneba.

The University College has established several centres and institutes in order to offer opportunities for continuous learning to its students as well as interested members of the general public. These include the Kwabena Nketia Centre for Africana Studies, the AUCC Pensions Academy, the Executive Education Centre.

In March 2017, the founder saw the need to make known the legends and authors of Ghana especially before they leave us behind and carry their knowledge with them. This led to the creation of the Ama Ata Aidoo Centre for creative writing, the unit is dedicated to furthering AUCC’s role in the development of national literature through programs, projects activities that will both nurture literary writers and literary scholars in Ghana, and encourage their interaction with other writers and artists in West Africa and around the world.

According to the management of the institution, the school is working on introducing five new graduate programmes. Again, other bachelor degrees such as law and Nursing is also being worked on.

According to, the school in their next intake will introduce five other Masters programmes and also offer a Bachelors Degree programme in Law and Nursing.

The University College has gotten affiliation approval from the Ghana Institute of Management and Public Administration (GIMPA) to establish a School of Technology, which would offer Bachelor of Science Programmes in Business Information Communication Technology.

In its short history, AUCC has been recognized by UNESCO as Centre of Excellence and has signed exchange programmes with a number of universities throughout the world. The University College is a member of the Association of African Universities (AAU) and the Council of Independent Universities (CIU), Ghana.

The school has received approval from the National Board for Professional and Technicians Examination (NABPTEX), to offer diploma programmes in Business Administration and Communication Studies.

The school is working on introducing five new graduate programmes. Again, other bachelor degrees such as law and Nursing is also being worked on.

Honourable Yankah, the first President of AUCC, was former Editor of Daily Graphic, Ghana’s widest circulation newspaper; nine years Director of the Ghana Institute of Journalism, seven years Minister of State, and eight years as Member of Parliament AIJC admitted the first batch of Diploma students for its Communication Studies programme in 2002, and was formally accredited as a tertiary institution by the National Accreditation Board (NAB) in 2004.

Continue Reading
You may also like...
Related Topics:Aucc, Van Vicker