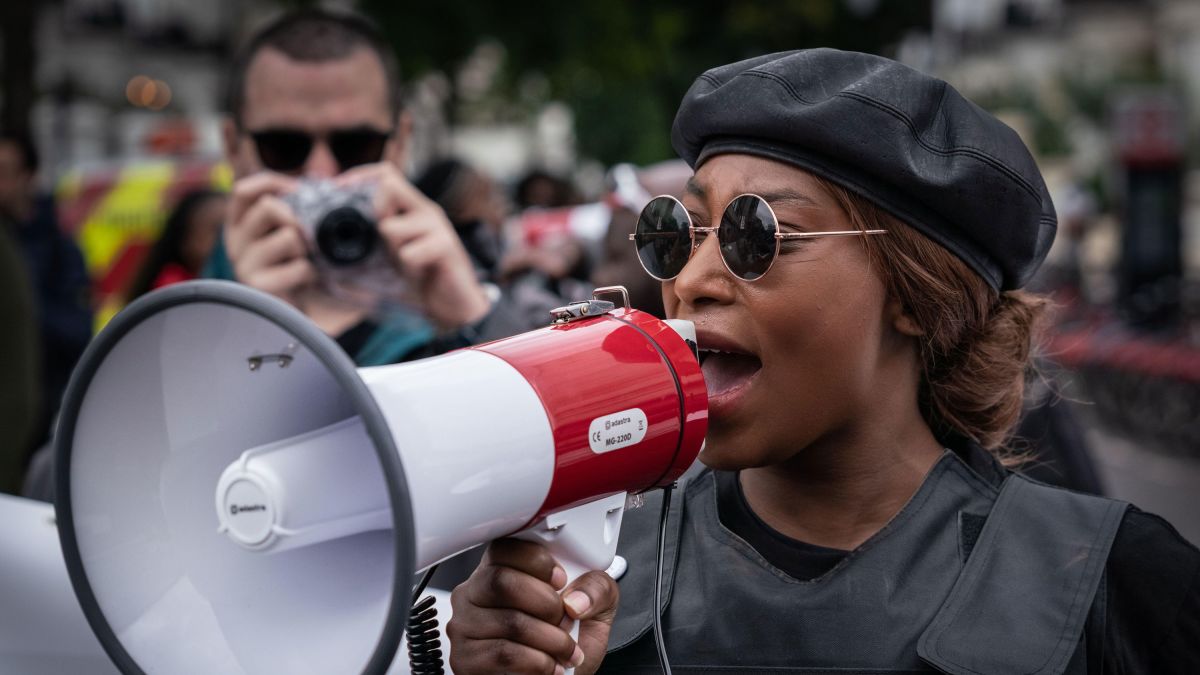 Black Lives Matter activist Sasha Johnson is reportedly in critical condition after she was shot in the head.

According to The Guardian, Johnson’s affiliated group, Taking the Initiative party, announced the news on social media on Sunday. On the group’s official Facebook page, the party explained that the incident happened early in morning.

The statement said: “It is with great sadness that we inform you that our own Sasha Johnson has sustained a gunshot wound to her head. She is currently hospitalised and in critical condition. The incident happened in the early hours of this morning, following numerous death threats.”

“Sasha has always been actively fighting for black people and the injustices that surround the black community, as well as being both a member of BLM and a member of Taking the Initiative Party’s Executive Leadership Committee. Sasha is also a mother of 3 and a strong, powerful voice for our people and our community.”

According to their website, the Taking the Initiative Party was established by a group of British people, “some from working-class backgrounds who felt, like many others across the country, that we had become politically homeless.”

They aim to create change in communities across the U.K. and by doing this, they will put forward “exceptional candidates who truly represent their communities” and “look like the society it leads.” Their mission statement goes on to say that they “see a Government that is in the pocket of Big Business and looking after its own interests.” They said that their views have put somewhat of a target on their backs.

The incident that took place on Sunday came after “multiple death threats” towards Johnson and the party. Composed as a group of Oxford Brookes University graduates, the party is described as “a strong, powerful voice” in the Black equal rights movement.

The party describes Johnson as an efficient and passionate activist who has a hunger for change. According to the Guardian, she rose to prominence after last year’s BLM protests, helping to organize demonstrations and address crowds.

Claudia Webbe, the Labour MP for Leicester East, took to Twitter to express her feelings after learning the shocking news. She wrote: “Shocking to hear of the gunshot to the head of Sasha Johnson; All women should be safe on our streets. Wishing her a full recovery. Sending love and solidarity to her family, friends and loved ones. There are still too many guns and violent weapons damaging too many lives #BLM.”

According to reports made by the Metropolitan police, the 27-year-old woman was shot during a house party shortly before 3 a.m. However, the police have no reason to think it was a targeted attack at this stage in the investigation.

Detective chief inspector Jimi Tele said: “This was a shocking incident that has left a young woman with very serious injuries. Our thoughts are with her family who are being provided with support at this terribly difficult time.”

“Finally, I recognise that this incident will have shocked those in the local community and further afield. I would ask people to avoid speculating as to the motive or the circumstances behind it,” Tele continued.

Although Tele told the press that detectives are making “good progress,” no arrests have been made so far.