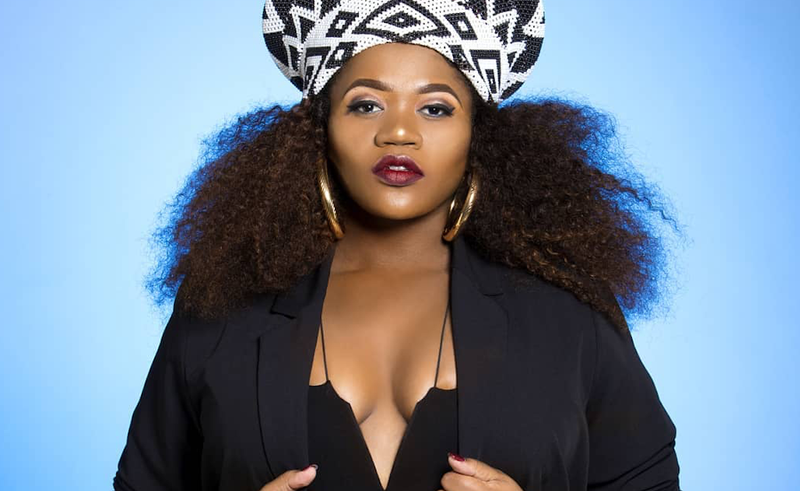 Busiswa seeks for help after studio got burgled

Busiswa has taken to her social media to reveal that she is in pain after her studio was broken into.

The South African music star shared that no one was harmed but she lost some very important equipment.

“My home studio has been broken into. Nobody was harmed, thankfully. But we lost equipment of great value me.”

Busiswa went on to list some of the things she has lost.

She said these are things money can replace but the greatest regret is the loss of over 500 songs and visual contents on the computer tower.

The singer stated that she is offering a reward of R40 000 for the safe return of the items. 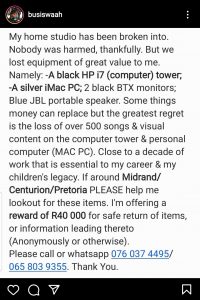 Continue Reading
You may also like...
Related Topics:Busiswa, south Africa