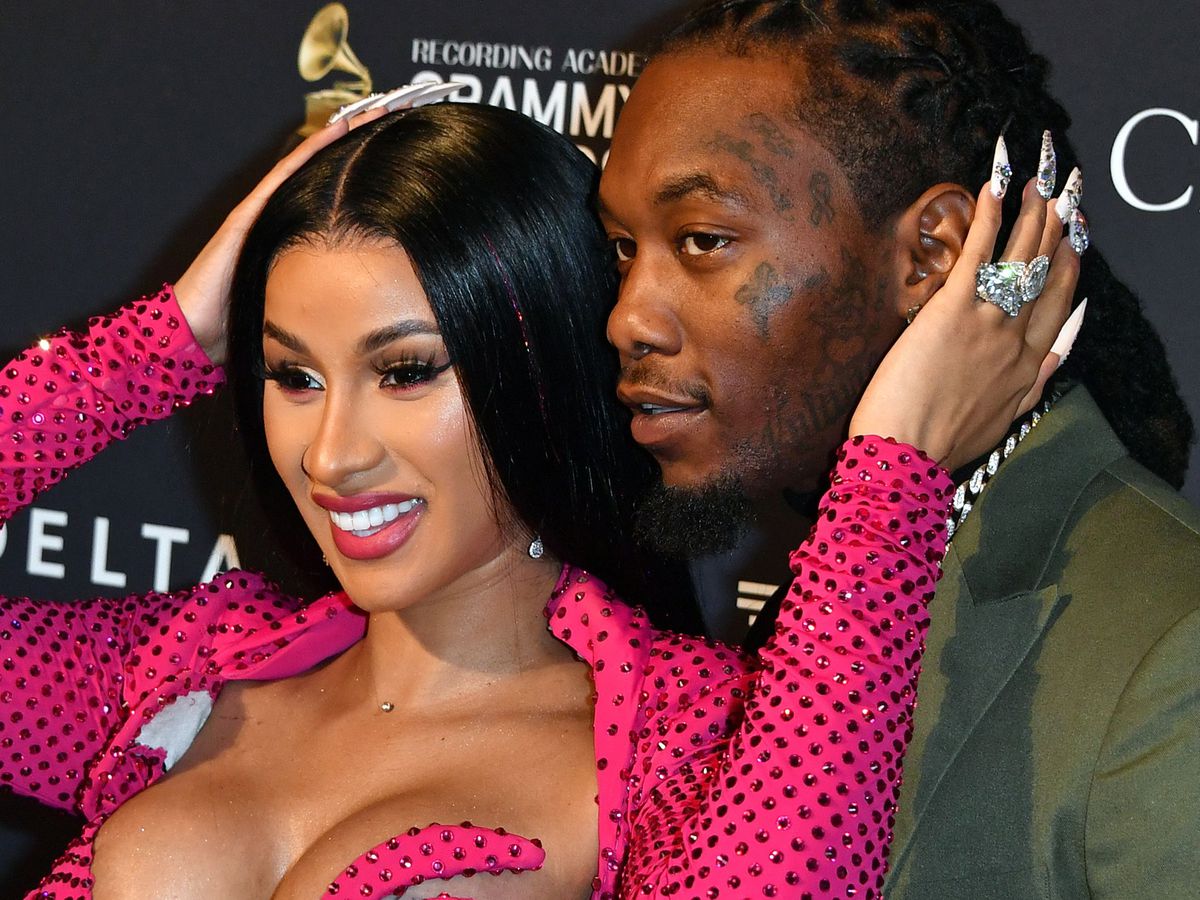 On Thursday night, the celebrity couple returned to Instagram to share the first face photos of their baby boy. Cardi’s post showed the 7-month-old wearing a powder blue ’fit accessorized with some iced-out jewelry.

The caption included a series of emojis—🦕🌊🧸,—that provided some clues about the child’s name.

At the same time, Offset shared his own photos of the baby boy hanging out during bath time. But rather than hint at his son’s name, the Migos member simply spelt it out in the caption: “WAVE SET CEPHUS.”

Cardi and Offset announced the birth of their child in September 2021, more than three years after they welcomed their first child together, Kulture. Though Wave and Kulture are Cardi’s only biological children, Offset is also the father of three other kids—7-year-old Kalea, 7-year-old Kody, and 12-year-old Jordan—from previous relationships. The couple and their children are also the cover stars for Essence’s May/June issue, “Rapped in Love.”

“After we got married, that’s when I first met [Offset’s] kids,” Cardi told Essence. “I always wanted them to love me, and they really do. They tell me that. I feel it, and I hope that we always have a great relationship […] When I first got pregnant, a lot of people used to be on some ‘You’re a fourth baby mom’ shit. But when I had my baby, I felt like things were going to be alright, because I know the type of man that he is with his kids. It’s hard for me to explain, but I see how much he loves his kids and how passionate he is about his kids, and I love that.”