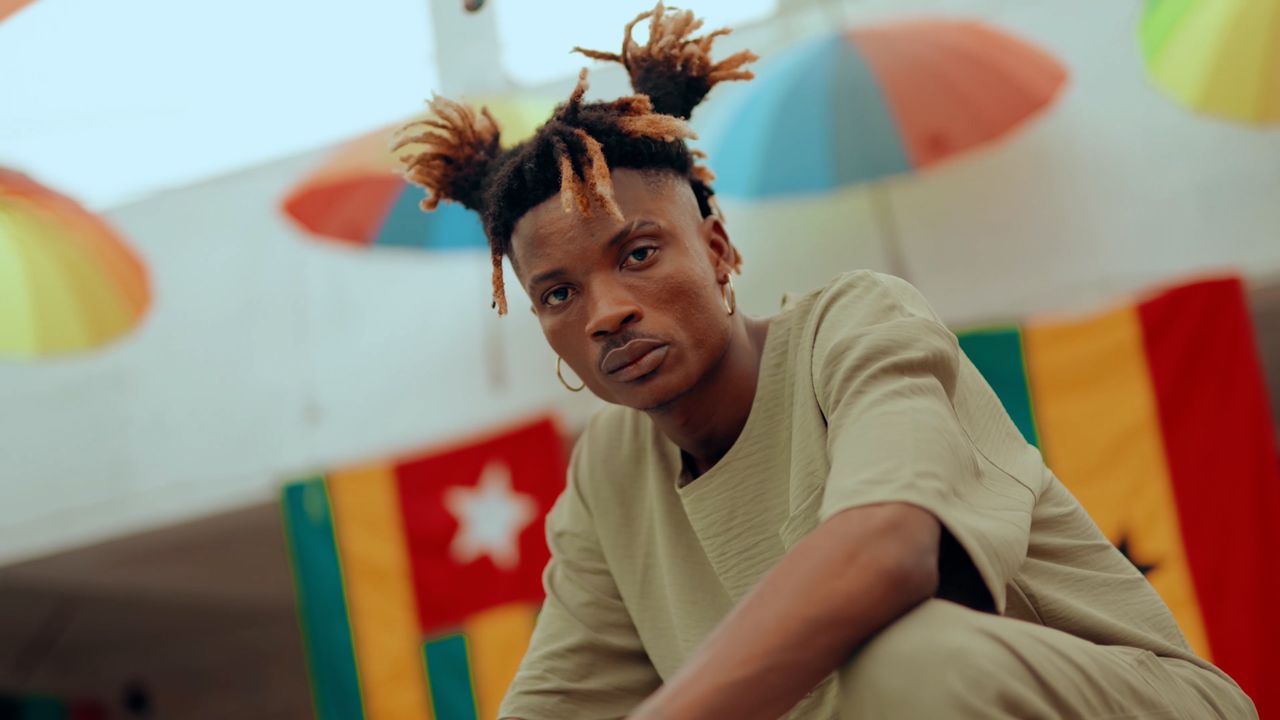 Chief One definitely is recording another major hit single with hit new song “Du Agbe”.The video released on the eve of Thursday, March 24, 2022, has hit YouTube eyeballs and already trending at #28 just 9 hours after release.

The video was shot on location in Togo, a neighbouring country close to Ghana; it was directed by Kabash Images.

Chief One strategically picked Togo purposely to shoot this video in order to get closer to his fast-growing fanbase spreading beyond Ghana and Nigeria. A good blend of neighbouring African flags of Togo, Nigeria, Benin, Ivory Coast and his home country Ghana were featured in pool-party inspired visuals and a blend of Night Club scenes.

“Du Agbe” is a phrase from the Ewe language which translates as “Celebrate Life” or “Chop Life” or “Enjoyment”. It was produced by Hairlergbe, a Ho-based Music Producer.

Chief One is a young Ghanaian Artiste who is fast growing with his music career when he went viral on social media in January 2022 with his hit single “Novayi”. He has since been in the big trends and made follow ups to release his debut EP with accompanying media tours and other activations which has come to help his streaming figures. The artiste who hails from Volta Region of Ghana strongly believes Regional Artistes can equally hit mainstream and create influences without necessarily moving into Accra, (the capital of Ghana), to be ‘recognized’.