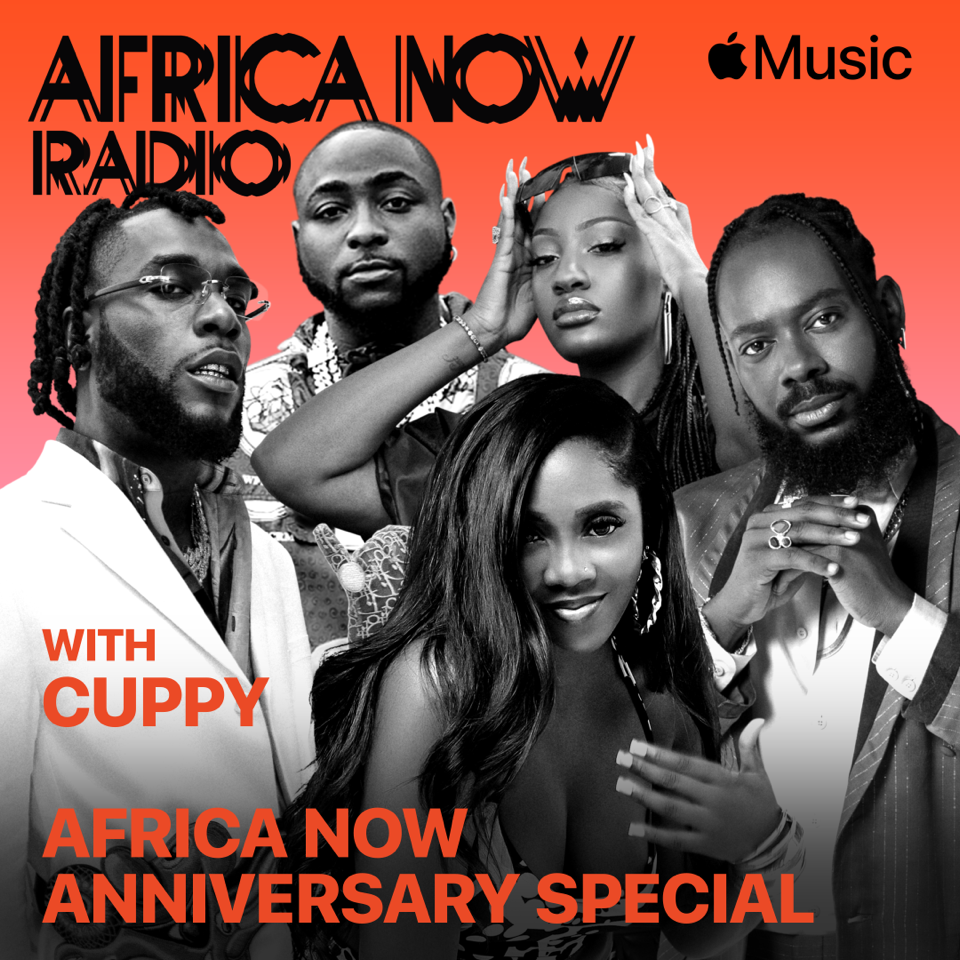 Sunday, May 30th marks one full year of Africa Now Radio on Apple Music 1. Over 52 episodes, Cuppy has led a sonic tour across Africa, interviewing the biggest and best acts, and shining a spotlight on the next generation of African superstars. On this special anniversary episode, Cuppy takes us through some of the most special highlights over the past year, including artist interviews, the most notable chart-toppers from the past 12 months—and a mix of her personal favourites.

Proverb of the Week
This week, Cuppy shares her own words of wisdom: “You were born in this world an original, so don’t die as a copy”—reminding us to celebrate the power in our own strengths, and all that makes us unique.

Tune in and listen to the full episode this Sunday, May 30th at 2p Lagos/London / 3p Johannesburg/Paris / 6a LA / 9a NYC on Apple Music 1 at apple.co/_AfricaNow.