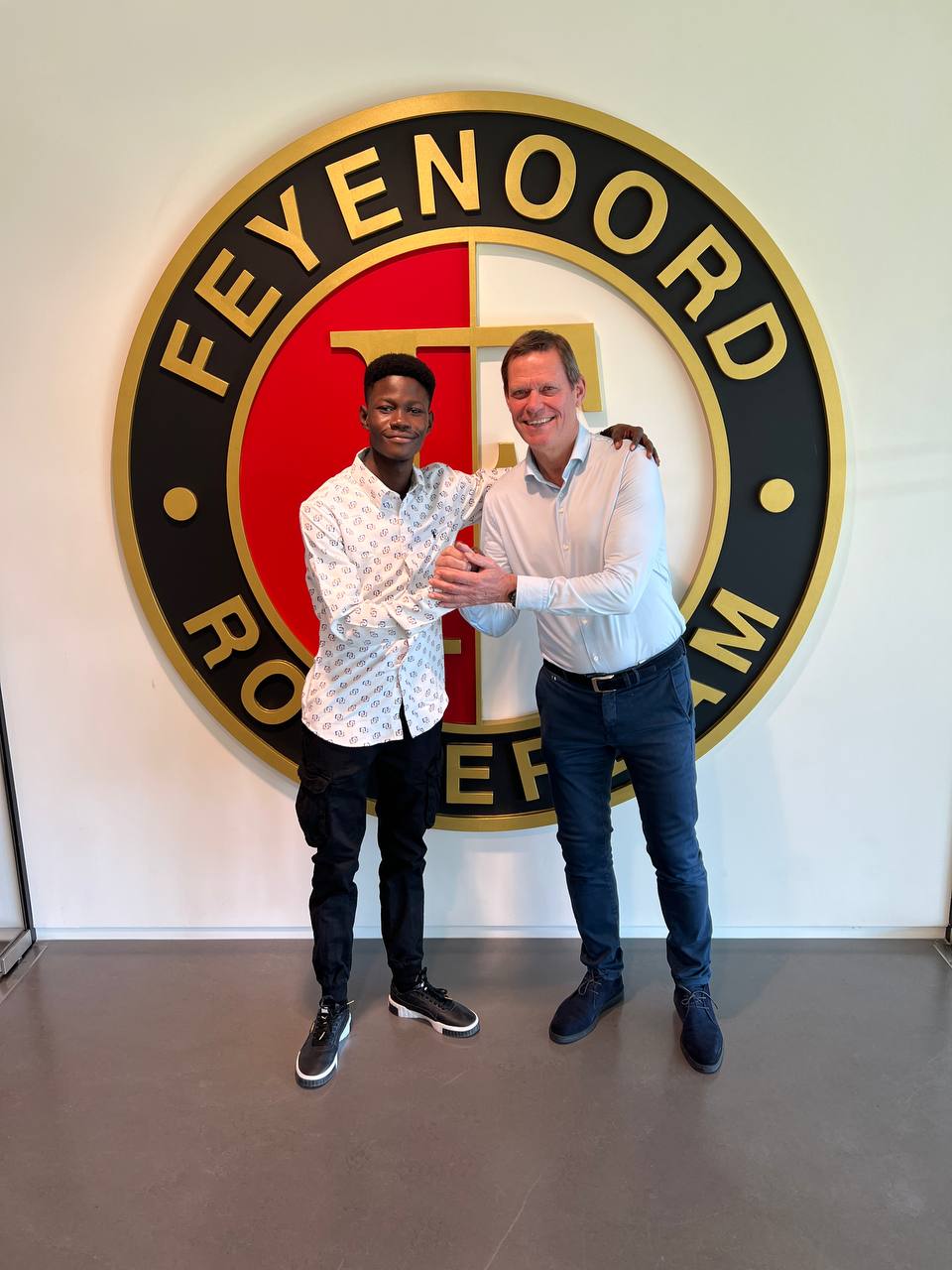 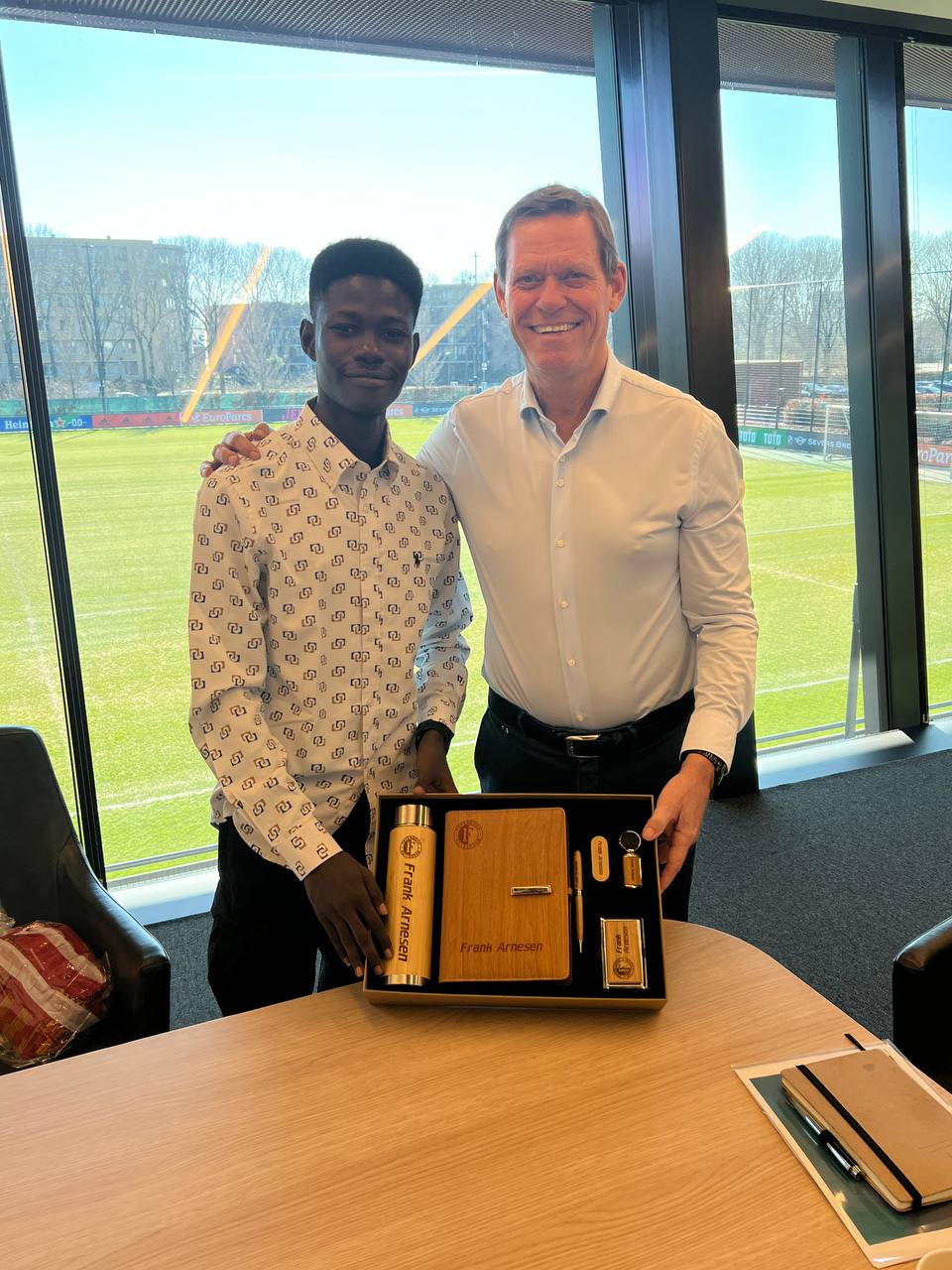 According to DBJ, meeting Frank Arnesen, was a dream come true as he always wished to meet him during his days at Chelsea.

In an interview with the media via phone, he said he was honoured to receive an invitation from an astute sports personality in the person of Frank Arnesen.

He said, “It was motivating to have talks with the legend as a growing brand in sports.” He took me around the Feyernoord administration, as well as introduced me to the top staff of the Club.” 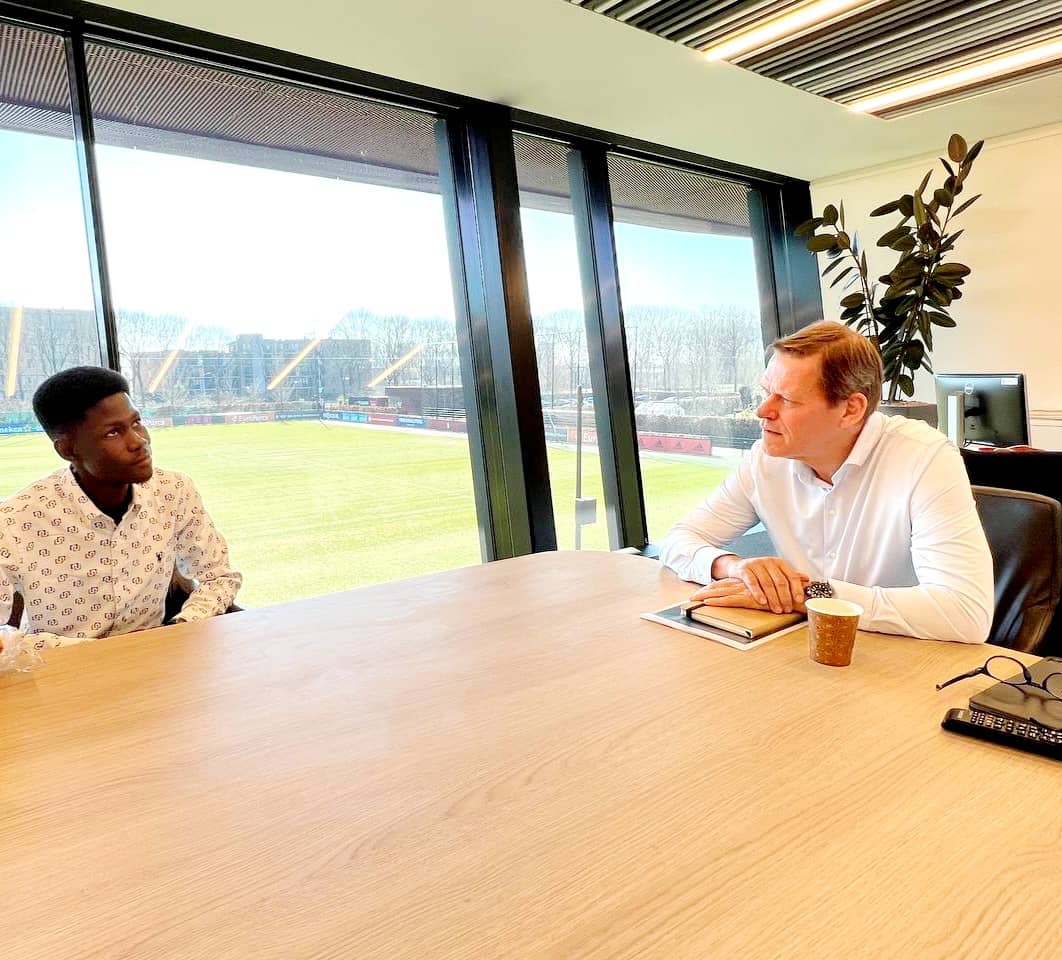 He added, “I had the opportunity to discuss the way forward for potential opportunities for young, talented Ghanaian footballers.”

Frank Arnesen is known for signing top players like Ronaldo (Brazil) Arjen Robben, Ruud V. Nistelrooy and a lot of the Chelsea players like our very own Essien. He as a player shined for Ajax, Valencia, Anderlecht and PSV! He played in the World Cup ‘86 in Mexico with the legendary Danish team and in the European Cup in France in ‘84 emerging second topscorer of the tournament.

DBJ is a partner to his son, Sebastian Arnesen, who worked as a scout at Manchester City and Chelsea for 14 years, now an agent.

DBJ is the personal manager of the Ambassador of France to Ghana, H.E Anne Sophie Avé.

The resourceful DBJ, as the first time coach for his school department, computing science student football coach won a football league tournament for the department. DBJ was a photojournalist, writing for news websites like myjoyonline.com, starrfm.com.gh, ghanaweb.com and Ghanasoccernet.com

To make a credible impact in the Ghanaian football industry, DBJ has been organizing scouting tournaments for young footballers who aspire to be on the world stage and has recently invited FIFA licensed agents, Bernard Collignon and Sebastian Arnesen for the event in Ghana.

Charles Sagoe Jr: Meet the Ghanaian teenager changing the game in football
DBJ receives an honouree at Ghana’s 25 Under 25 awards