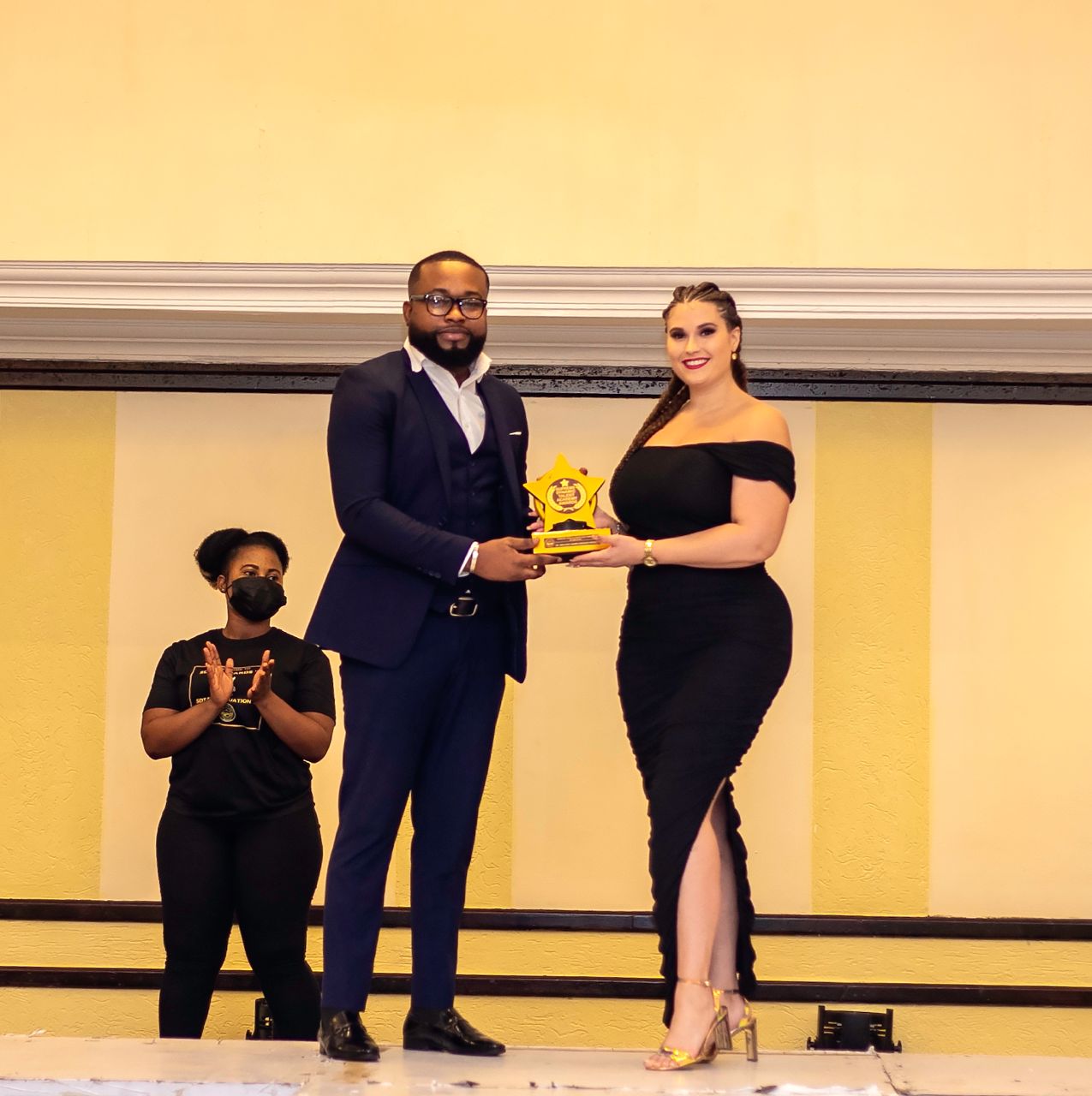 Innovative, passionate, perseverance, youth empowerment, and hard work are among the few things you know or hear when his name is mentioned.

The business magnate and founder of the Wask Group of companies, Dr. Williams S.K. Anarfi, has been named the 2021 Supreme Africa Youth Role Model of the Year for his outstanding influences and contributions. As a young visionary and a youth empowerment advocate, he has single-handedly empowered and inspired; directly, virtually, and indirectly, more than 20,000 young people in Africa.

The event, organized by Supreme Dynamic Talent Academy Awards (SDTA), was held in Ghana at the La Palm Royal Beach Hotel, Accra, on Saturday, December 18, 2021, to celebrate and honour the supremacy and dynamism of both African and international creatives and talents in the entertainment industry around the world, whose works have projected the arts and entertainment sector supremely.

According to organizers, awards were presented to personalities who have exemplified supremacy in their respective fields and deserve to be celebrated and recognized. This year’s award was themed; straight out of Africa to the world!

About Dr. S.K Williams Anarfi
He is the CEO of Trash Recycling and Management Organization (TRAMO), which he established at age 15. TRAMO specializes in waste management and recycling of plastics into roofing tiles and pavement blocks, the sale and installation of biogas digesters, and waste sensitization training in senior high schools, tertiary institutions, as well as corporate organizations.

He is the president of one of the fastest-growing consultancy firms and the CEO of the WASK group of companies.

Dr. Williams S.K. Anarfi is an outstanding entrepreneur with a proven track record of success.

He was the pioneer leader of Vida Divina Ghana, which took off in 2016. He is currently the leader of Total Life Changes (TLC) which has rejuvenated the re-birth of its business in Ghana.

Furthermore, he is one of the few Africans to lead multi-level network marketing companies. He earned himself the title “Master Networker” according to Network Marketing Time magazine in the United States. His network marketing initiatives helped over 50,000 people in Africa to live healthy and wealthy lives.

He has rich and enviable experience in strategic innovation, business strategy, and in-depth expertise in SME advisory services, project financing, and development.

He has the singular vision of bringing investment into Africa through his group, through diplomatic support systems and strategic partners across the globe.

Dr. Williams holds a satisfactory certification from the college of health sciences at Kwame Nkrumah University of Science and Technology. In addition to his credit, he has a Professional Certificate in Strategic Management. He also has a certificate from Charisma University and American International Theology University (AITU) as an active member in recognition of professional standing and demonstrated competence.

Dr. Anarfi has established himself as a business network personality who is also an Honorary Professor of the Academic Union, Oxford, UK, and a global academic organization of over 200 university Chancellors, scientists, and researchers. He also holds a certificate from the department of international cooperation of the People’s Republic of China for undertaking an international training workshop on photovoltaic systems and applications with Yingli Solar at Baoding, China. He has also received certification from American InterContinental University for pursuing a Master’s Class in Leadership and Management.

He spearheaded the United States Peace Corps Stars Project in Kumasi in 2013. Not only that, but he attained an entrepreneurship award at the IPMATIC African Awards in 2014. He was awarded the Best Network Marketer of the Year 2018 during the Humanitarian and Business Awards, which were held by Gymped.

Dr. Anarfi was honoured as the Best Global Business Growth Influencer by the World Changers’ Summit in Dubai in 2018. He received the Best Enterprise Award from the European Business Assembly and was appointed the EBA Business Ambassador to Ghana and West Africa in Oxford, UK in 2018.

He was on the team that designed the most current 40-year National Development plan for Ghana between 2014 and 2015. As a son of Africa, he has great plans to use his corporate, diplomatic, and personal network and influence to bring development to the continent through purposeful engagement to create progress. He has a singular vision and a mandate to put Africa ahead of everything.