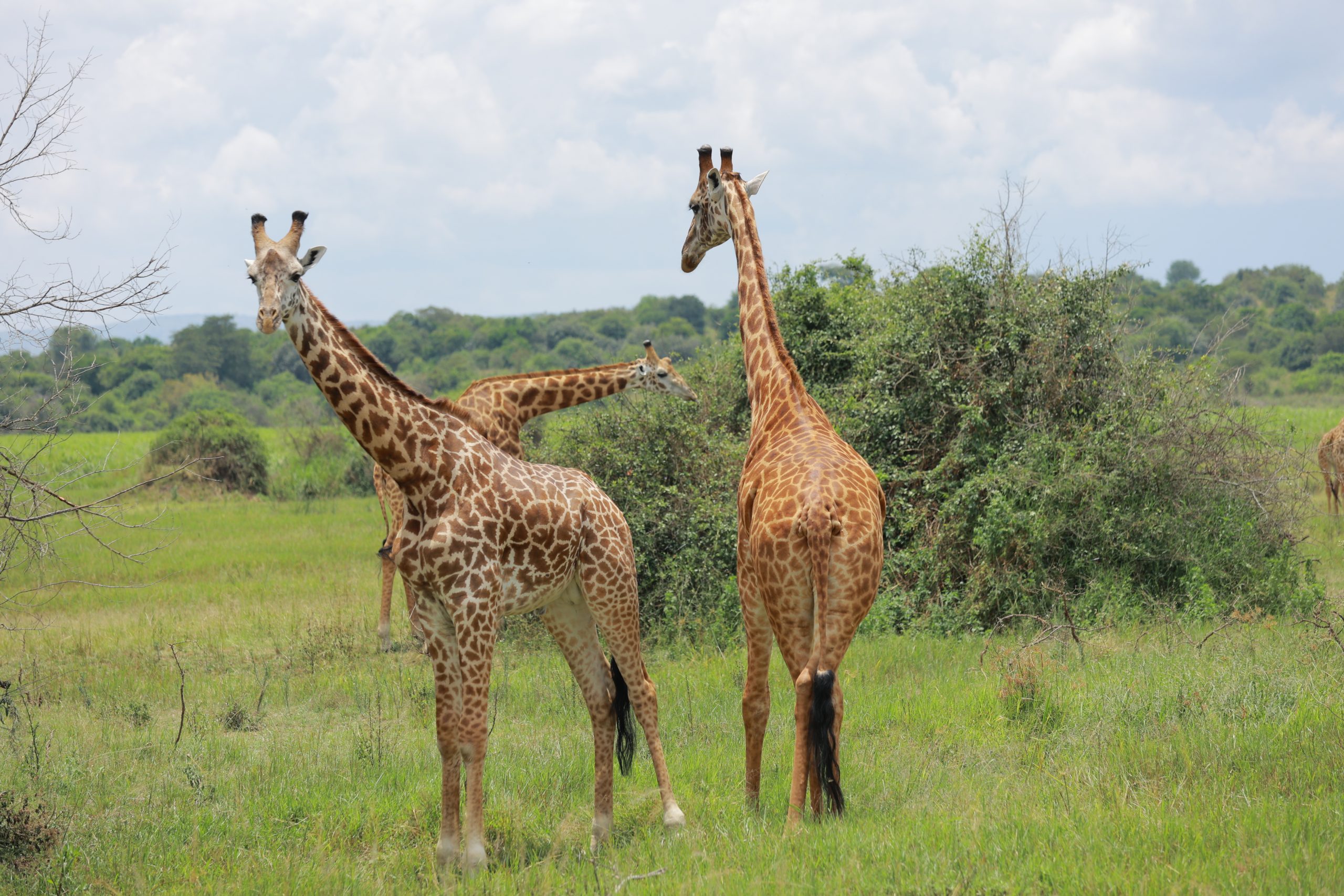 Exploring tourism’s best kept secret in Rwanda: the land of a thousand hills

Rwanda is a modern nation with a fast- growing economy. It is ranked the third most competitive country in Africa by the World Economic Forum 2016 Competitiveness Report, and is rated one of the cleanest and safest countries in Africa.

Kigali is within easy reach of our rich offering of cultural and natural treasures. Take advantage of a range of experiences in discovering Rwanda – venture into our national parks to track the endangered mountain gorilla on the slopes of the Virunga Volcanoes, enjoy a ‘Big 5’ safari in Akagera, rated amongst the most scenic national parks in Africa, or learn about the rich biodiversity in Nyungwe, the largest protected mountain rainforest in Africa. The Cultural Heritage Corridor, community tours, tea and coffee plantations, adventure experiences and the shores of Lake Kivu await you. 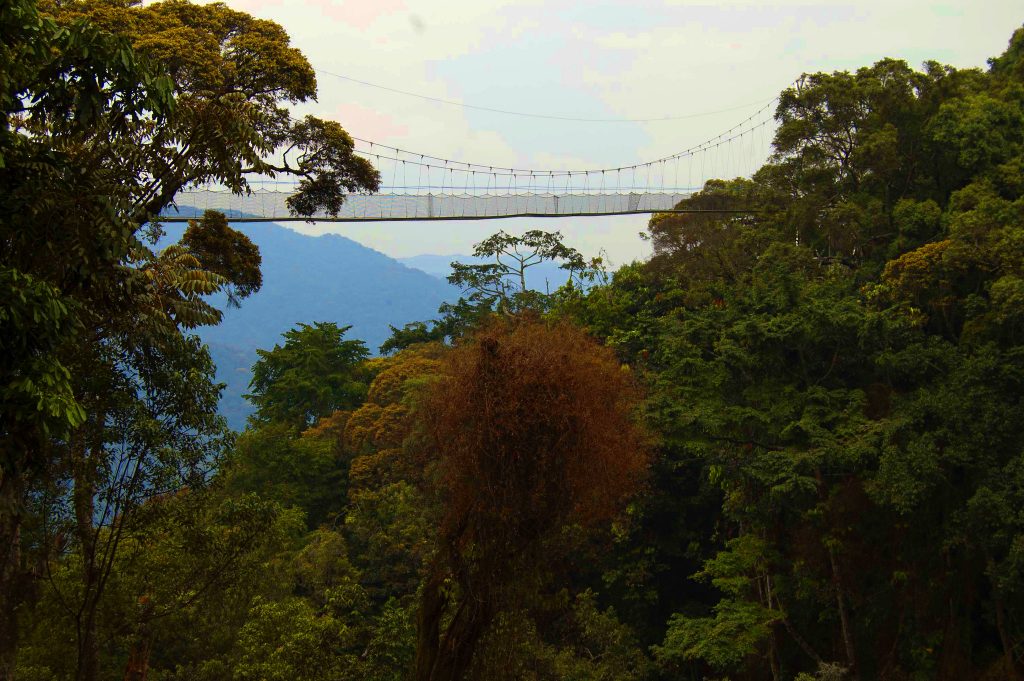 The country’s delicious local cuisine, unique culture and arts, combined with breathtaking natural beauty are waiting for you to come and experience a taste of Rwanda’s warm hospitality and wonderful people. You will quickly learn what makes Rwanda remarkable, and why we are becoming one of Africa’s most popular tourist destinations.

Rwanda lies just south of the Equator, in the heart of Africa. In the space of a week, it’s possible to experience an extraordinary range of wildlife and landscapes thanks to the country’s relatively small size and biodiversity. Known as the land of a thousand hills, Rwanda’s stunning scenery and warm, friendly people offer unique experiences in one of the most remarkable countries in the world. It is blessed with extraordinary biodiversity, with incredible wildlife living throughout its volcanoes, montane rainforest and sweeping plains. 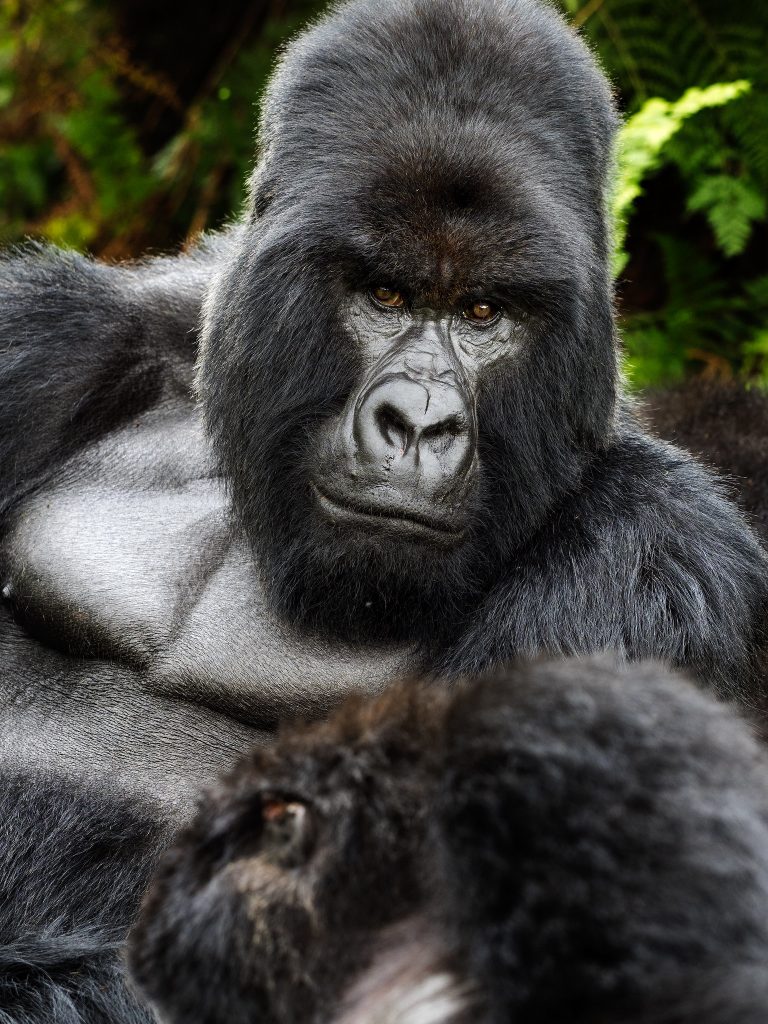 Gorilla Tracking
The unique opportunity to see gorillas in their natural habitat is unforgettable, some even say life-changing. Encounters with gorillas as they go about their daily lives are carefully managed, with expert trackers and guides leading small groups of tourists up bamboo-covered slopes to spend a precious and awe-inspiring hour just a few feet away from the gentle creatures. The largest living primate, gorillas are spread across much of the equatorial African rainforest. Broadly speaking, the species is split into lowland gorillas and mountain gorillas. 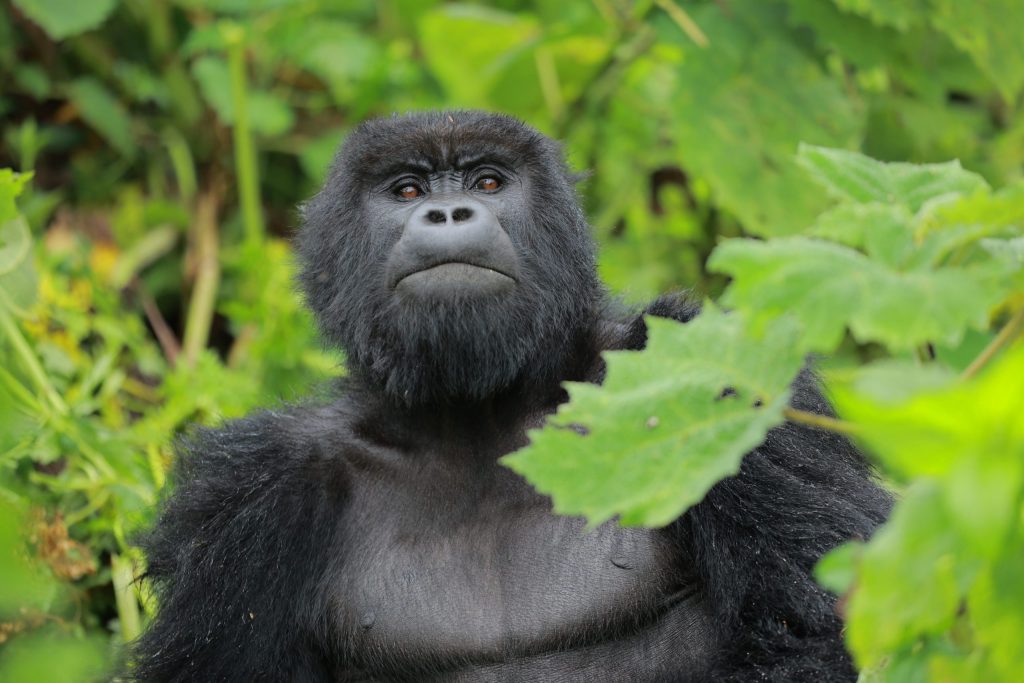 The volcanic range which spans Rwanda, Uganda and the Democratic Republic of the Congo is home to the endangered mountain gorilla. Tracking gorillas in Rwanda is safe and relatively accessible.
Out of approximately 1,000 mountain gorillas in the wild, out of which 604 can be found in the Virunga Massif. There are twelve gorilla families living in the Volcanoes National Park, which are fully habituated, with a few others habituated solely for scientific research. The groups, or troops, consisting of at least one silverback along with several females and youngsters.

Kigali Genocide Memorial
The people of Rwanda embrace peace and reconciliation. They are committed to fight the ideology of genocide. The memorials found throughout the country are moving testimonies in memory of the 1994 Genocide against the Tutsi and the people who lost their lives.

Inaugurated on the 10th anniversary of the Rwandan genocide, the Kigali Genocide Memorial at Gisozi is where 250,000 victims have been buried. 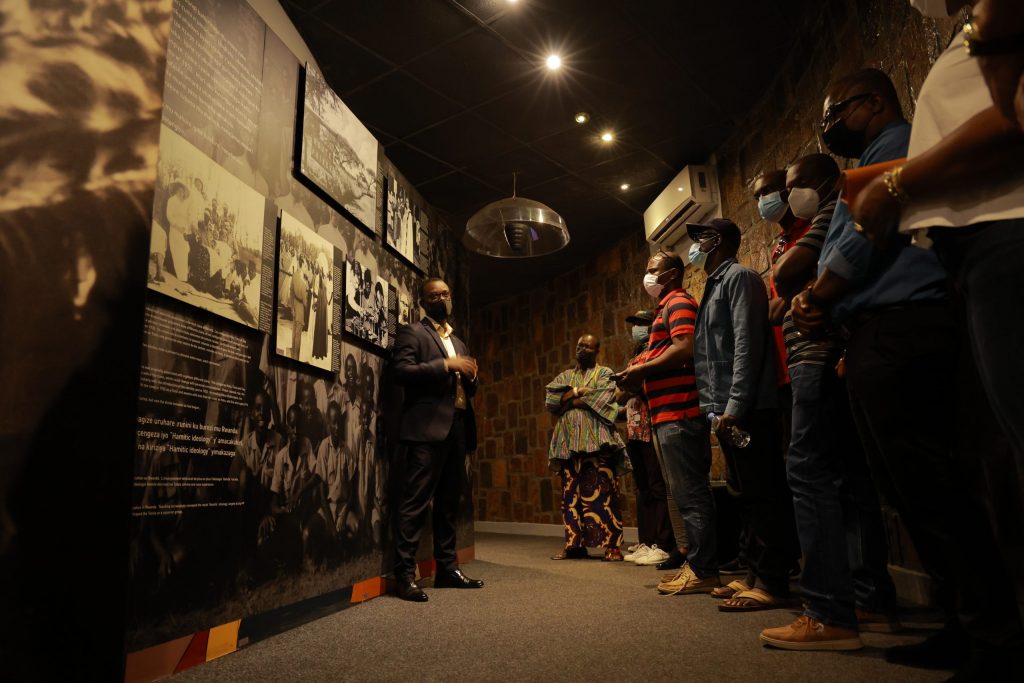 The wall of names is dedicated to those who died and is a work still in progress. Many of the victims’ names have yet to be gathered and documented and many of the victims who rest in the graves are unknown.
The memorial gardens provide a place for quiet contemplation about the history of the Genocide against the Tutsi. They allow visitors to reflect on how we all have a personal responsibility to prevent discrimination and mass atrocity.The centre also provides support for survivors, in particular orphans and widows.

Volcanoes National Park
Situated in the far northwest of Rwanda, Volcanoes National Park protects the steep slopes of this magnificent mountain range – home of the endangered mountain gorilla and a rich mosaic of montane ecosystems, which embrace evergreen and bamboo forest, open grassland, swamp and heath.
Volcanoes National Park is named after the chain of dormant volcanoes making up the Virunga Massif: Karisimbi – the highest at 4,507m, Bisoke with its verdant crater lake, Sabinyo, Gahinga and Muhabura.

Kigali
Ideally positioned in the centre of Rwanda, Kigali extends across several hills and valleys, with good road links to the rest of the country. The verdant capital city is pleasantly low key yet dynamic and progressive, with just over one million inhabitants. 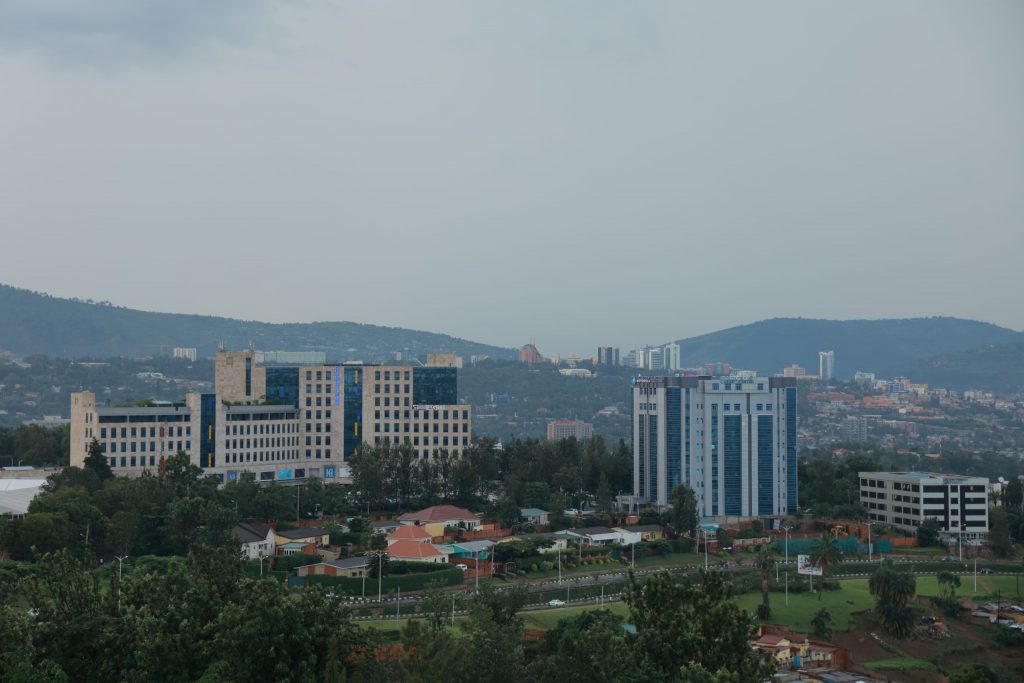 First-time visitors to the bustling and colourful centre often remark how clean the streets are, a matter of pride across every community throughout the country.

Akagera National Park
The relatively warm and low-lying plains of Akagera comprise savannah, woodland, wetland and a dozen lakes. In partnership with African Parks, we have reintroduced lions and rhinos, meaning once again visitors can hope to see the Big Five on safari drives. 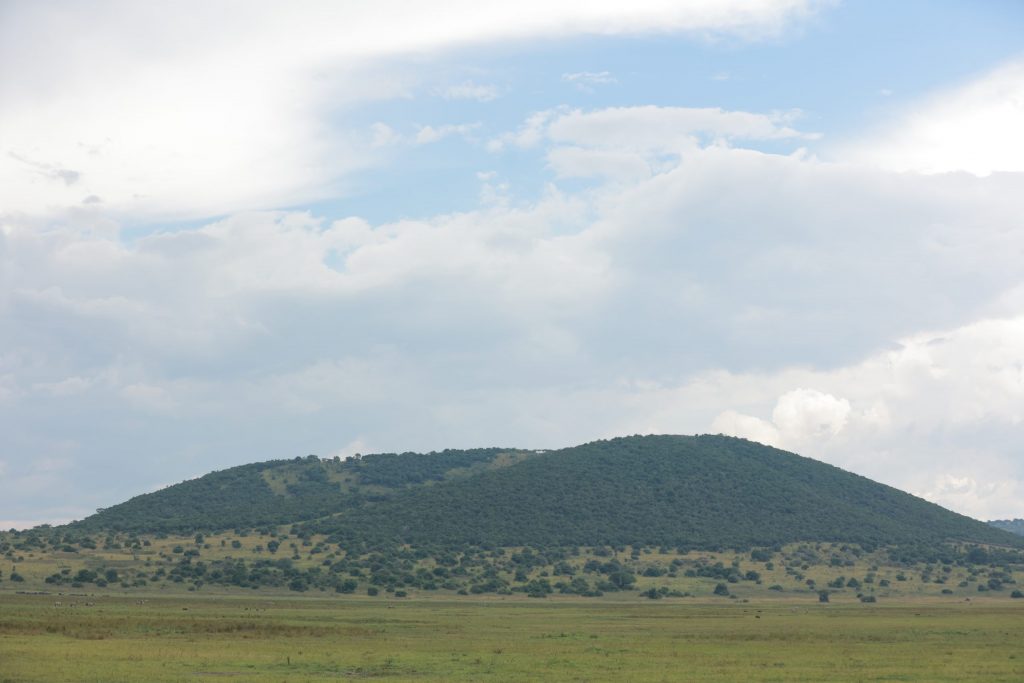 Lake Kivu
Part of Africa’s Great Rift Valley, Lake Kivu is dotted with islands and inlets along its shoreline, with charming beach resorts, spectacular vistas and plenty of opportunities for hiking and cycling. 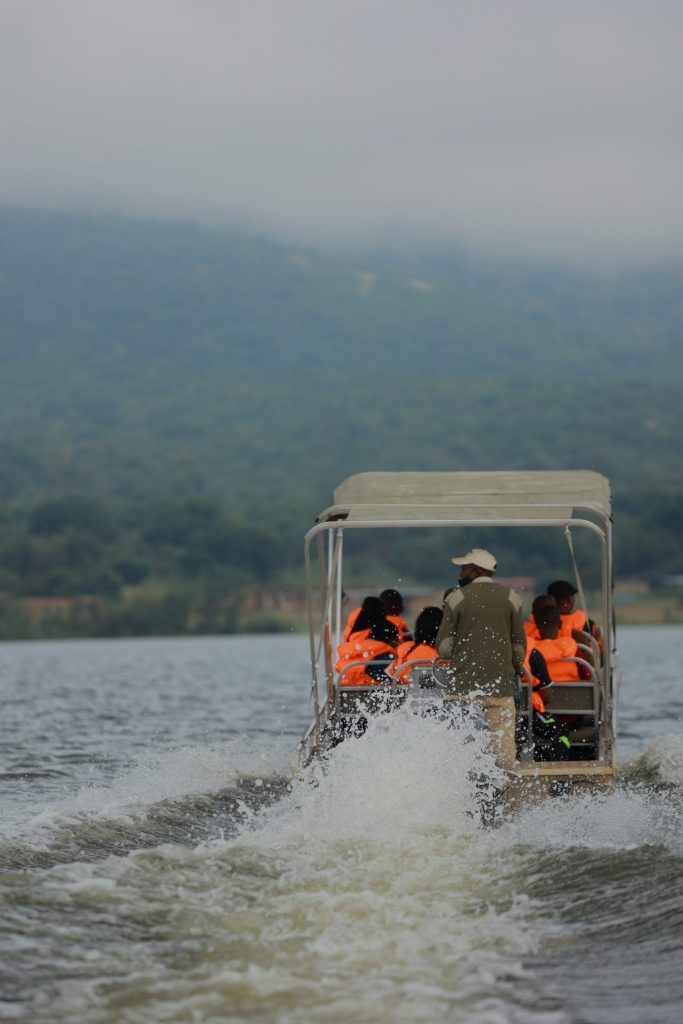 Festivals and Events
A celebration of Rwandan creativity and nature. Among events held each year includes the Kwita Izina Gorilla Naming Ceremony held at the Volcanoes National Park where new baby gorillas are named for purpose of conservation, the Kigali Up festival which brings together music from across the world to Kigali, and the Rwanda Film Festival that showcases films from Rwanda, Africa and Across the world.
Rwanda invites you to the land of a thousand hills and a million smiles.