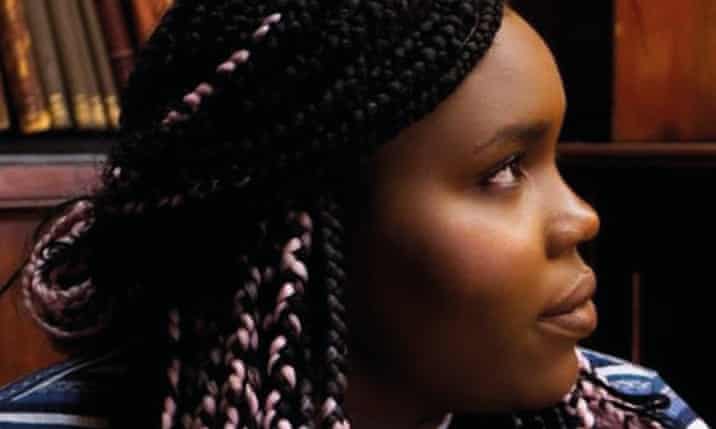 A 21-year-old British university student has landed a million-dollar book deal in the US for her first novel, a high-school thriller that tackles institutionalised racism.

Faridah Àbíké-Íyímídé, from London, was 19 and studying English, Chinese and anthropology in Aberdeen when she began writing what would become Ace of Spades. The young adult novel, which follows two black students trying to find out who is spreading damaging rumours about them at their elite private school, was snapped up this week, along with a second novel, by Macmillan in the US for a seven-figure sum. It will be published next June.

“I was in my first year at university and I didn’t have many friends because I don’t drink as I’m Muslim, so I’d be in my room trying to figure out what to do. I was watching a lot of TV shows and I binged Gossip Girl in a few days,” said Àbíké-Íyímídé, who is currently waiting for her term to start – remotely. “I loved it so much but I was really sad that there weren’t many people who looked like me in it. I thought it’d be so cool if the shows I grew up with, like Pretty Little Liars and Gossip Girl, had more black people in them, so I started planning a story. I’d usually do uni during the day, then come home and write until 4am.”

Following talented musician Devon and head girl Chiamaka, the only two black students at the overwhelmingly white Niveus Private Academy, Àbíké-Íyímídé’s novel is a thriller. It explores the fallout when gossip about the pair leaves them fighting for their reputations and eventually their lives.

“I went to a really working-class school in south London – we all had the same socio-economic background, most of us were black or Asian. So writing was kind of like fantasy, I was trying to imagine what extreme wealth would look like,” said Àbíké-Íyímídé.

She landed an agent and a UK book deal with Usborne in 2018, working with her editor on the novel for two years before it was sent out on submission to the US, where Macmillan jumped on it.

Àbíké-Íyímídé said she never imagined landing such a huge deal.

“I am so grateful for this opportunity to share this story and have others see themselves for the first time in these characters,” she said.

“Macmillan put their money where their mouth is. Often in publishing, a lot of black authors don’t get the support so it was just so lovely to see them not lowball me. They wanted to show they were invested and I really appreciated that. I was just a broke student writing to make myself some fictional friends. I’d always wanted to be a writer and I thought university was the best time to try new things because after that you have to get a proper job.”

For the author, the novel embodies “themes that I am very passionate about, such as homophobia in the black community, institutional racism and the diversity of thought among black people”.

Usborne described Ace of Spades as Gossip Girl meets Get Out, and “a blistering exploration of the barriers that black students face when they aspire to things that come easily to their white classmates”. Usborne editor Becky Walker said: “Faridah is nothing short of searingly exceptional.”