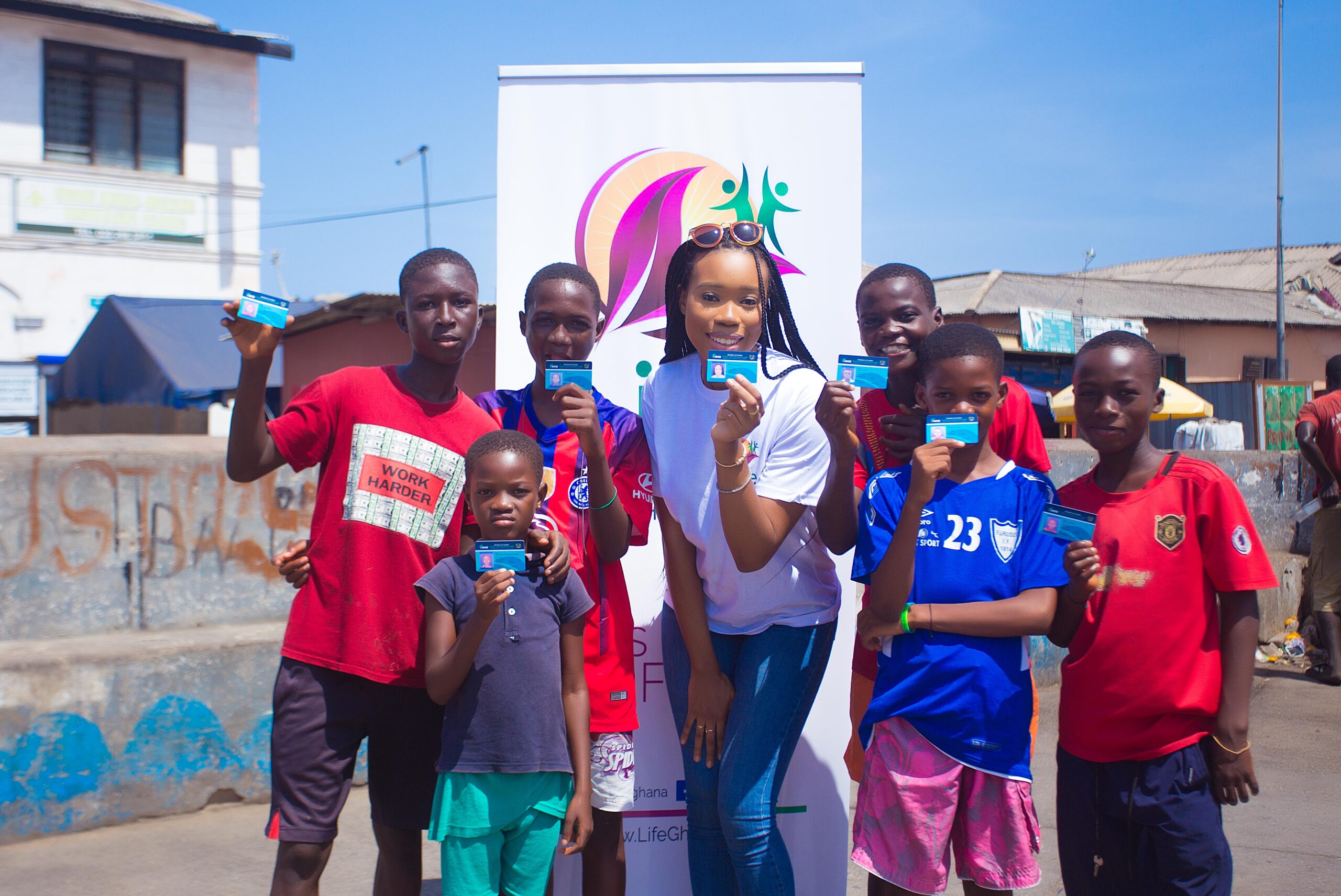 Former Miss Ghana and founder of the Lumos International Foundation for Empowerment (LIFE), Stephanie Karikari has through the foundation registered some one thousand kids at Jamestown onto the National Health Insurance Scheme (NHIS).

The organization, aimed at empowering children in all aspects including, health, education, welfare, etc, held the activity Tuesday, May 25.

The registration which was held in partnership with the NHIS would be ongoing for two consecutive days.

Children between the ages of 0-17 solely would benefit.

Jamestown is the first of many communities that would benefit from the initiative, even as Ms Karikari launched the program on her birthday.

The Miss World Beauty with Purpose 2011 winner told the media that she had been to Jamestown a couple of times and realized that children in the community together with their parents needed some cushioning, healthwise.

Speaking to MuseAfrica, she said “it’s very important. At the end of the day, children are the future and it’s important that we take care of their education and their health.”

“So, we need to make sure that educationally and through their health. There are times most of them can’t even get good healthcare because their parents cannot afford to take them to the hospital and sometimes they stay at home and they don’t get the right care.”

She went on “with this exercise, it gives them the opportunity to get the right healthcare that their parents may not be able to afford.”

“I’ve been here a couple of times, and I’ve engaged with the people and I’ve seen that they need a lot of help,” she added.

Ms Karikari called on the public indicating that “if you can, always be ready and available to give a helping hand.”

She revealed that over 10,000 children are earmarked to benefit from the program by the end of the year.

According to her “the response has been amazing. Even the mothers tried to come and register but like we said today is for the children. We are trying to register as many as possible.”

A unit committee member in the area who represented the assembly thanked Ms Karikari for the gesture saying “we say a big thank you to our sister and I pray God almighty should bless her more. She’s doing a great job for Jamestown.”

A beneficiary Hajia Fuseina who brought her two-year-old child to benefit from the program told MuseAfrica that she was relieved. According to her, the queue at the registration center was usually long and so bringing the registration to her doorstep helped a great deal.

Stephanie Karikari has a number of philanthropic works lined up.