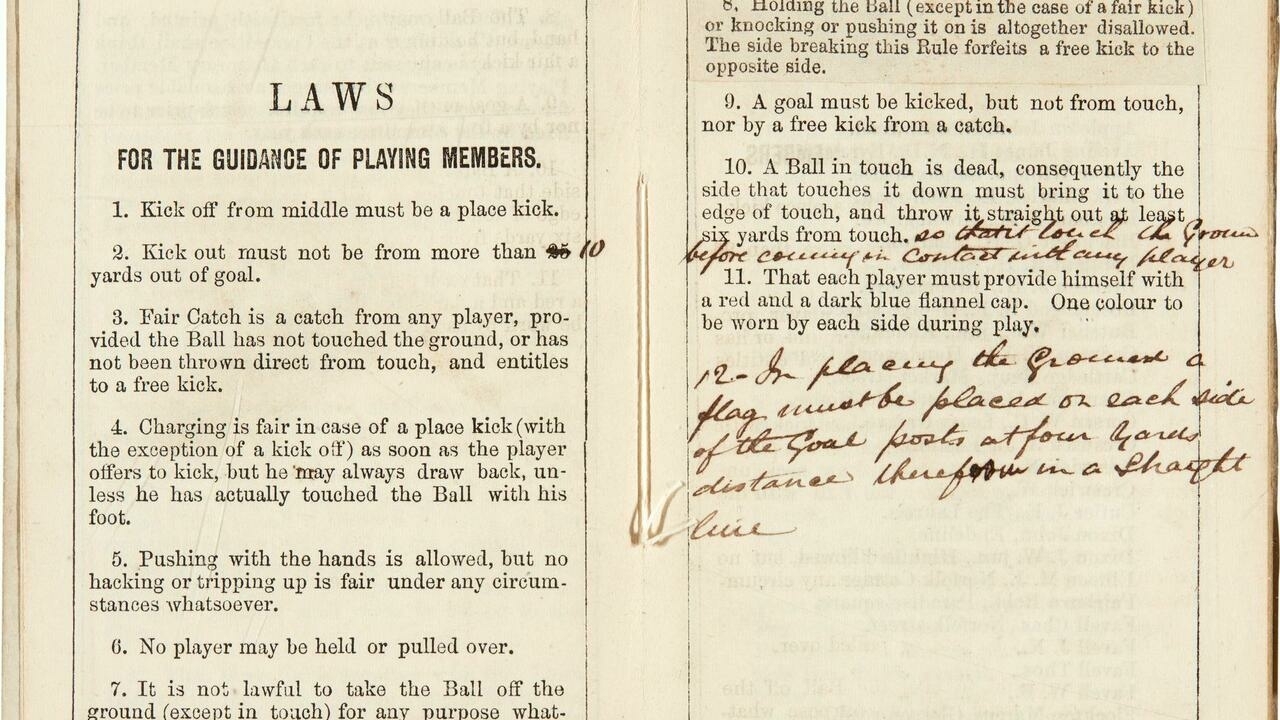 One of the oldest existing copies of the rule book of football has sold for almost £57,000, auction house Sotheby’s said on Tuesday.

The auctioneers logged the final price on its website as £56,700 ($77,200, 65,900 euros), saying the bidding had been driven by its historical significance and the insight it gave into the development of the modern game.

The hand-annotated pamphlet, discovered in a Victorian scrapbook, was printed in 1859 after a series of meetings held by Sheffield Football Club to formalise the game, Sotheby’s said in a statement.

The only other surviving copy of the rule book was part of the Sheffield club’s historical archive, which was sold in its entirety for £881,000 in July 2011.

Established in 1857, Sheffield Football Club is acknowledged by both the English association and football’s international governing body FIFA as the world’s oldest club.

The club had a key impact on the development of the game, innovating set-pieces like the indirect free kick and the corner kick, as well as crossbars on goals.

The pamphlet shows changes to the rules written by hand, including the hardening of conventions against handling the ball.

“This exceptional piece of sporting history takes us straight back to the origins of ‘the beautiful game’ over 160 years ago,” Gabriel Heaton, Sotheby’s Books and Manuscripts Specialist said.

“As well as being an important artefact in its own right, the pamphlet also gives us a unique insight into the development of the rules of the game through hand-written annotations.”

Continue Reading
You may also like...
Related Topics:Football Rule Book