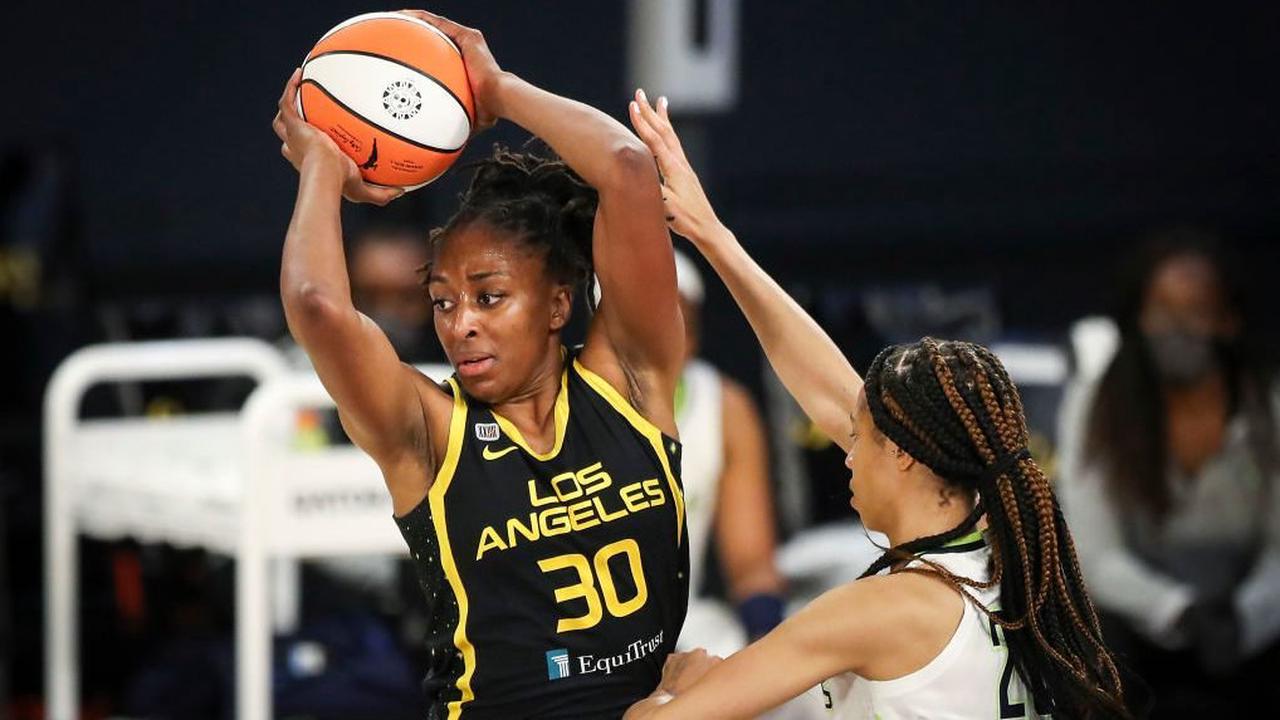 Former MVP of American women’s basketball league, Nneka Ogwumike to play for Nigeria at the Olympics

Nneka Ogwumike, the 2016 WNBA MVP who was left off the U.S. Olympic women’s basketball roster, wants to play for her parents’ birth nation of Nigeria at the Tokyo Games.

Nigeria’s basketball federation tweeted on Tuesday that Ogwumike, who reportedly has dual citizenship, is among 15 finalists for the 12-woman roster, along with sisters Chiney and Erica.

Ogwumike is not yet eligible to play for Nigeria but is hoping for clearance from FIBA, basketball’s international governing body, according to ESPN.com.

“I just wanted to bet on myself and also be a part of an organization that prioritizes me,” Ogwumike said, according to the report. “My perspective was like, ‘If it’s not impossible, I’m going to go for it.’ Because I believe I have Olympic status and I plan on being an Olympian.”

USA Basketball confirmed Tuesday that it was informed after its Olympic team was selected last month that Ogwumike “was going to explore the option of competing for Nigeria.”

USA Basketball had to approve a potential nationality switch under international rules and supported her, a spokesperson said.

“However, the ultimate approval comes from FIBA,” the spokesperson said.

The U.S. and Nigeria play each other in their first game at the Tokyo Olympics on July 27. They also play an exhibition game in Las Vegas on July 18 at 5:30 p.m. ET on Olympic Channel.

Ogwumike, a 31-year-old who was on the U.S.’ last two world championship teams in 2014 and 2018, has been sidelined by a knee injury since her last game for the Los Angeles Sparks on June 1. The U.S. Olympic team was announced June 21.

“It breaks me. It really breaks my heart that Nneka is not on this team, and it has everything to do with having to make a decision today,” U.S. head coach Dawn Staley, who is not on the USA Basketball selection committee, said after the team was named. “If we had to make a decision a month from now, I’m sure she would be healthy. But it does break my heart, because I know this is one of the things that she wanted to do. She came to every training camp. She’s a been a great voice in our training camps, in our practices, and we’re definitely going to miss Nneka.”

Ogwumike started three of six games at the 2018 FIBA World Cup and was the most-used player from that tournament not to make the Tokyo Olympic roster.

She was also the most-used player at the 2014 FIBA World Cup not to make the 2016 Olympic team (where two-time Olympic champion Candace Parker was the most high-profile player left off, later saying she will not play for USA Basketball again).

Ogwumike’s chances of making the Olympic team were boosted not only by Parker’s decision, but also more recently to injuries that ruled out Rio Olympians Elena Delle Donne and Angel McCoughtry, the retirement of triple Olympic champion Seimone Augustus and two-time gold medalist Maya Moore‘s indefinite leave from competitive basketball.

“It was more of a hurt than a shock, because I had experienced it before,” Nneka said of not making the Olympic team for Tokyo, according to ESPN. “But there are decisions made in this life that you can’t control. I allowed myself to feel the hurt, but moving on, I decided, ‘I’m going to try to put matters in my own hands.’”

Continue Reading
You may also like...
Related Topics:Nneka Ogwumike