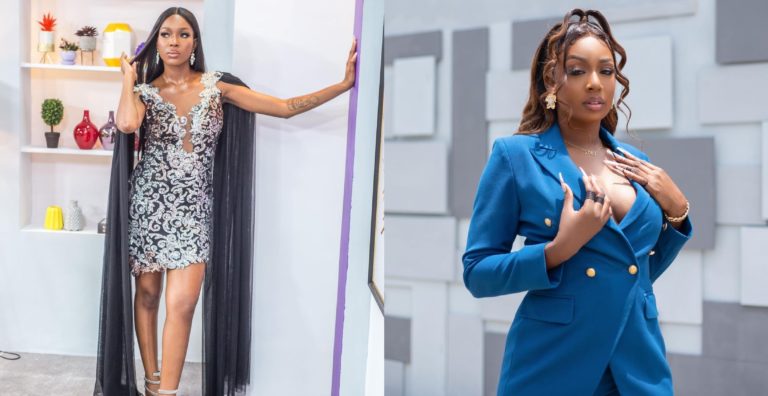 What began as a Prince and Nengi ship evolved into an octagon-shaped entanglement involving Prince, Nengi, Dorathy, Tolani Baj, Neo, and Vee. In this episode, Tolani Baj and Vee discuss their friendship which went sour.

They didn’t hold back when it came to expressing themselves.

If you didn’t watch it, we can only say sorry. And catch you up on all you missed, because, you know, BellaNaija’s got your back.

While at the Lockdown house, the Prince and Tolani Baj were like lovers.

Their relationship was strained at one time owing to Tolani Baj’s complaints that Prince was not publicly expressing his love for her.

Tolani stated that she liked Prince and was aware that he was surrounded by other women. He told her he was feeling her, and she didn’t believe him at first since she felt he did it because Nengi had rejected him. Tolani Baj claimed that she regrets her “entanglement” with Prince since she has been abused on social media and by Prince’s family members.

“As you see me, I’m a bad b***h. I have men in my hands. I don’t need to pursue a man… I don’t want Prince’s and Tolani Baj’s names in the same phrase. I’m sick and tired of being embarrassed”.

Prince described how he decided to tell Tolani Baj he liked her. He said he truly liked her at the time. He only told her after intentionally deciding to withdraw from the Nengi-Ozo issue. He stated that he attempted to make him and TBaj work, but there were some things she desired that he couldn’t provide. He stated that she loved PDA and how she wished they could be together all the time, but he couldn’t.

When Prince told TBaj he liked her, she believed he was gaslighting her. Why? Because Nengi turned him down. Prince then asked why she was with his supposed closest friend, Neo, if she truly wanted to make things work. TBaj responded; “I was using Neo to make you jealous. Because you’re not man enough.”

Remember on the night of Tolani’s eviction, when Ebuka shook the table, by revealing how Erica told Tolani Baj that Neo was interested in her? This sparked conflict in the house since Vee expressed disappointment that Tolani Baj would try to take her boyfriend.

She stated that she had nothing negative to say about her Tolani Baj before her eviction from the show, but when Tolani Baj had an interview with Ebuka following her eviction, she voiced her displeasure with the point where Tolani exhibited an interest in Neo.

While Vee was dating Neo, she was good friends with Tolani Baj in the house, and she observed that she would never have the same sentiments for Tolani’s guy. She referred to Tolani as a desperate lady in denial and warned her friends who could be watching her on television to be afraid.

Things were so hot that the two ex-housemates almost fought, yelling march, verification of academic degrees, and so forth.

When Ebuka questioned Prince if he accepts responsibility for the drama between TBaj and Vee, he replied, “Maybe I would have made a decision sooner before anyone got hurt. I’m sorry and I apologized for that.” Wathoni, he claims, is insignificant. Wathoni answered that if he considers her insignificant, it is because he is beneath her. “I’m up there.”

Continue Reading
You may also like...
Related Topics:BBNaija, lockdown

CNN’s Christiane Amanpour Opens Up About Her Battle With Ovarian Cancer
VGMA22: Former lovebirds Okyeame Kwame and Nana Ama Mcbrown reunite on stage for a performance