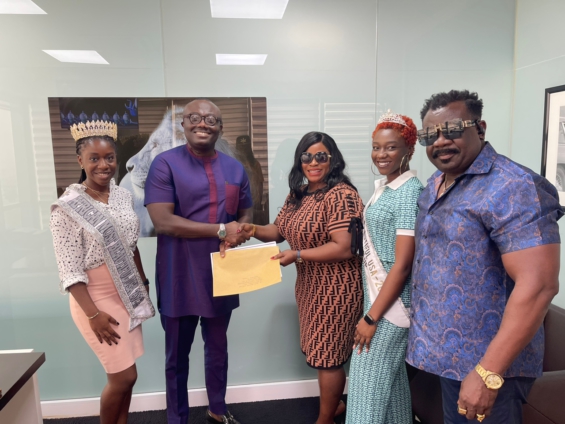 Abofrem Area Foundation is also the organizer of the African Most Beautiful USA beauty pageant poised to stage a big concert in the USA for the first time.

According to the parties, the conversation about this innovative idea began last year but a deal has finally been reached to set the ball rolling.

The CEO of Abofrem Area Foundation Nana Nkrumah Adasa III is currently in Ghana with the winners of the African Most Beautiful USA on charity projects. Camerounian Laurie Fonhoue who won the pageant and Ghanaian Angel Kissiedu who placed 3rd have been involved in a series of charity activities in Accra, Kumasi and Cape Coast.

Empire Entertainment CEO Nat Kwabena Adisi aka Bola Ray was full of joy when he met with the team from the USA and has indicated his full commitment to the partnership.

The concert will be officially launched in February to outdoor the artists.

Ghana Meets Naija, is that musical showdown aimed at answering the constantly asked question of who is supreme between Ghana and Nigeria – two countries whose musical trends have continuously influenced each other.