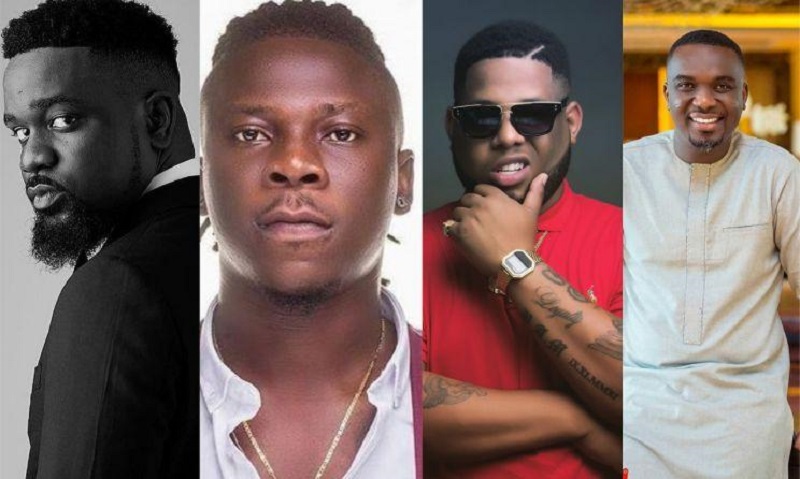 Ghanaian musicians Sarkodie, Stonebwoy, D-Black and Joe Mettle, as well as music entrepreneur Sadiq Abdulai Abu, have been named in rating and public relations agency Avance Media’s list of the Top 50 Young CEOs in Ghana for 2021.

The annual list, which was made public on 1 June, spotlights outstanding young entrepreneurs in entertainment, finance, technology, fashion, media and social enterprise, among other sectors. It was released in partnership with The YCEO, a platform that celebrates young business leaders.

“We are recognizing the contribution of musicians to the entrepreneurial space because we identified them as individuals who have taken the bold step to look beyond their music careers to start businesses to sustain their talent,” Avance Media and Africa Youth Awards founder and managing director Prince Akpah told Music In Africa.

“The search was focused on the most enterprising musicians with public evidence of the world they are engaged in and how they have influenced other young people to start their businesses.”

Sarkodie and Joe Mettle appear on the list as the CEOs of SarkCess Music and Reverb Studios respectively, while Stonebwoy and D-Black, who secured spots for a second consecutive year, are the heads of Burniton Music Group and Black Avenue Muzik.

Abu, the CEO of 3Media Networks, which is behind the 3Music Awards, makes an appearance on the list for the second year running. Reacting to the news, he said he was “glad to have been included on honouree list.”

The Top 50 Young CEOs list comes on the heels of Avance media’s February announcement of the 50 Most Influential Young Ghanaians for 2020, which includes KiDi, Kuami Eugene, Wendy Shay and Diana Hamilton.