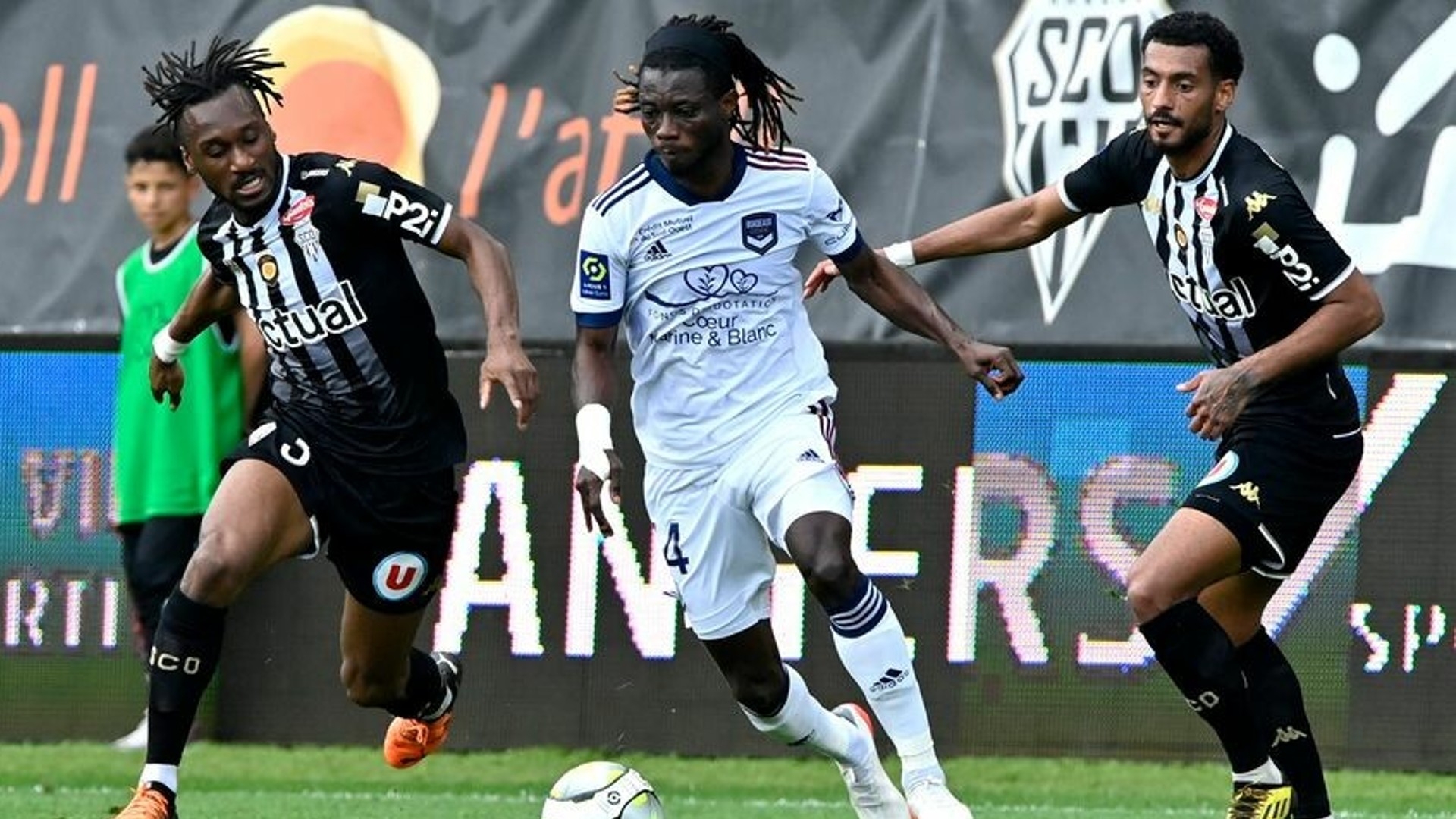 Ghana defender Gideon Mensah has been named ‘Man of the match after Auxerre snatched a late draw at Troyes last Friday.

ESTAC Troyes were less than five minutes from victory over AJ Auxerre after Rony Lopes’ opener, but Gaëtan Perrin struck back in the dying embers of the game is it ended 1-1 at the Stade de l’Aube

Raveloson got done for the goal, but he looked to make amends early in the second half with a thumping shot from the edge of the Troyes box which cannoned back off the post (56′). Troyes then thought they had a penalty at the other end when Gideon Mensah fouled Baldé, but referee Pierre Gaillouste changed his decision to a free-kick on reviewing VAR (58′).

Raveloson was getting forward well, and he was unlucky to see Gauthier Gallon leap on a cross which was intended for Nuno Da Costa (67′). Gallon’s opposite number Benoît Costil was then called into action to keep Renaud Ripart out (70′) before Baldé flashed another attempt high off the Auxerre goal (75′) but Auxerre had the final say when Lassine Sinayoko cut back for Perrin to stroke home for 1-1 (86′). Baldé could have snatched the win at the last but Costil forced his shot over (89′) and it ended honours even.

The 24-year-old will be delighted with his performance and will hope to replicate it in subsequent games in order to arrive in Qatar in top form for the World Cup.