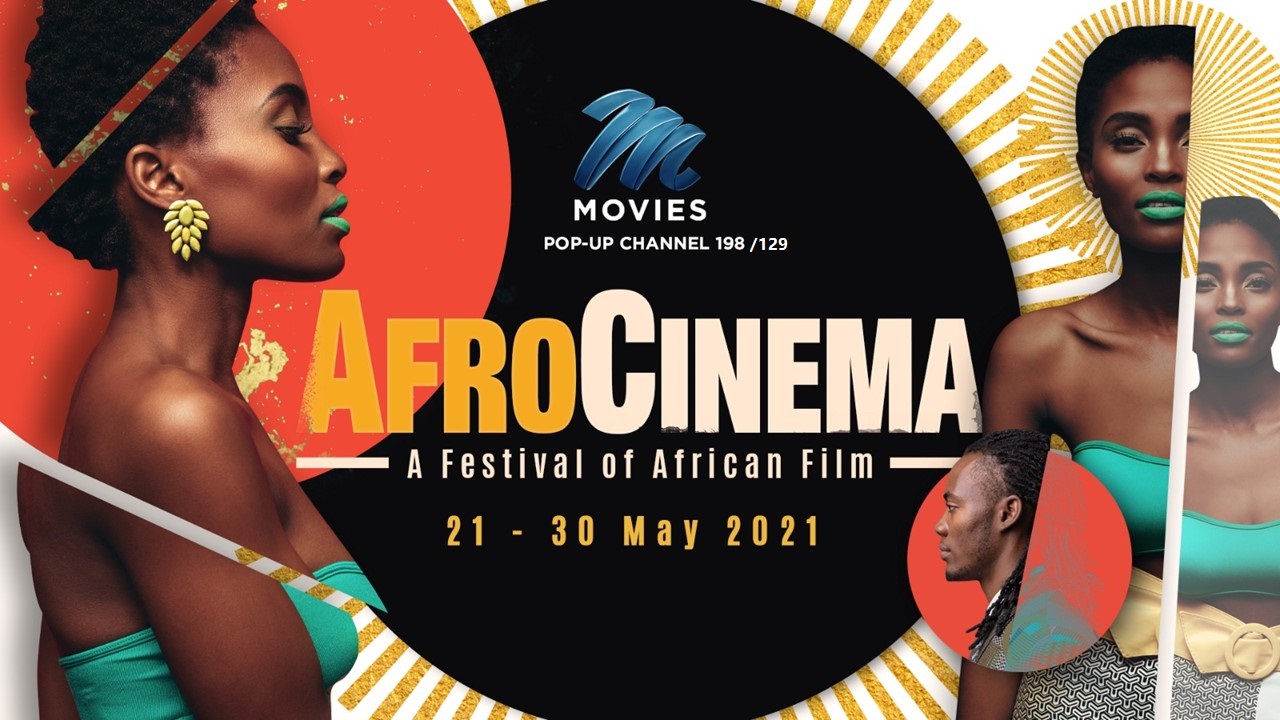 To celebrate Africa Day on Tuesday, 25th May, MultiChoice Group is launching M-Net Movies Afro-Cinema, a pop-up movie channel dedicated to showcasing and celebrating contemporary African films. The Afro-Cinema Channel will be available from Friday, 21 May, to Sunday, 30 May 2021, on Channel 198 to DStv customers on Access to Premium packages across the continent and on Channel 129 for GOtv Plus and Max customers.

The Afro-Cinema Channel is curated to celebrate Africa’s cultural diversity, aptly reflected and captured in the work that is being produced by filmmakers all over the continent. Through collaboration and turning challenges into possibilities, local film industries across the continent have produced award-winning productions that have launched the careers of many directors, producers, and stars while also taking the “for us, by us” African stories global.

“At its essence, Africa Day is about celebrating African unity and success as well as acknowledging the challenges that lie ahead. The pandemic has hit the film industry quite hard, and African filmmakers were not spared. This Africa Day, we want to celebrate the talent and resilience of the continent’s film industry with the launch of this festival of African films where our audiences can enjoy AfroCinema from the comfort of their own homes,” said Yolisa Phahle, MultiChoice Group CEO of General Entertainment and Connected Video.
Some of the exciting films to look forward to includes;

• Heritage Africa (Ghana), This is a political drama set in 1955 during the violent run-up to Ghanaian independence. It follows Kwesi Atta Bosomefi, who has embraced English culture and has risen to the position of district commissioner, but he has done so to the detriment of his African heritage and everything that he holds dear. Local and foreign actors such as Kofi Bucknor, David Dontoh, Ian Collier, and Amina Misa star in the classic historical drama. It was directed by Kwaw Ansah, a well-known Ghanaian filmmaker.

• Sunset in Makoko (Nigeria), which takes us into one of the biggest floating slums in Africa, called Makoko. Located in the Nigerian city, Lagos, Sunset in Makoko presents a place where regardless of despair, the community still strives to live with joy and radiate hope. Allen Onyige, a Nigerian filmmaker and MultiChoice Talent Factory (MFT) Academy alumnus, made the film.

• Payback (Zambia), this is a tale of betrayal and love gone wrong. It tells the story of a man who learns that his cousin’s friend is about to marry the girl who jilted him, causing him to pursue the ultimate act of revenge. Leo Dauty Simukoko and Perpetual Mwape star in this Zambian film directed by Wyclif Mwamba.

• Ensulo (Kenya), which is the product of the MultiChoice Talent Factory (MTF) East Africa Academy Class of 2018. In Ensulo, the king of an imaginary traditional kingdom becomes gravely ill, and his daughter is forced to lead the kingdom. But her ability to rule is put to the test when a water bottling company discovers the kingdom’s sacred water supply. It is directed by Jamal Kishuli, and the cast includes Michelle Tiren, Claude Judah, Jacob Otieno, Raymond Ofula, and Cindy Kahuha.

• The Train of Salt and Sugar (Mozambique), this is a film set in Mozambique during a civil war where a single train connecting the country to Malawi sees passengers risking their lives to travel on the train to escape. Licinio Azevedo directed this award-winning drama.

• 94 Terror (Uganda), this is a Ugandan war drama set during the 1994 Rwandan genocide. Keza, a Tutsi and Hutu genocide survivor, tells how she barely survived the massacre and riskily made it out of Rwanda to Uganda. An all-Ugandan cast of Ninsiima Ronah, Joan Agaba, Muyimbwa Phiona, Nalubega Rashida, Shadic Smith, Mugerwa Rajj, and Smith Mateega drives this film directed by Richard Mulindwa.

• Joba (Nigeria), follows the life of a Christian couple whose faith is tested. Joba is a story about love, strength and faith. It is directed by filmmaker Biodun Stephen and stars Blossom Chukwujekwu, Enado Odigie, Christine Osifuye, Ronke Ojo, and Chris Iheuwa.

• Back of the Moon (South Africa), follows the life of a gangster in South Africa who finds something worth living for. Angus Gibson, an Oscar nominee, directs a cast that includes Richard Lukunku, Lemogang Tsipa, S’dumo Mtshali, Thomas Gumede, and singer Moneoa Moshesh.