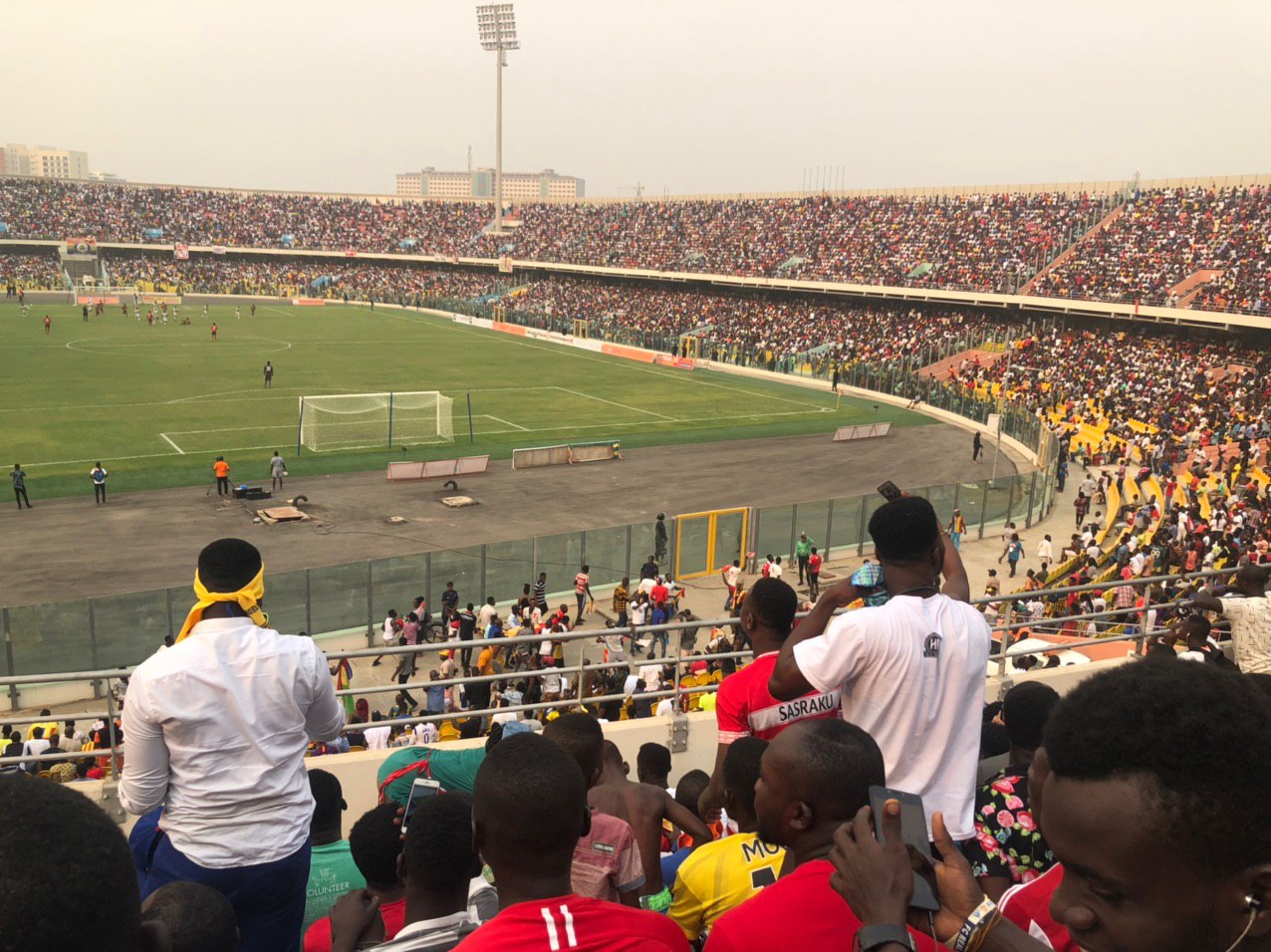 Hearts of Oak edged Asante Kotoko in a crucial Ghana Premier League game to extend their lead at the top, to three points.

Backed by a fervent and almost exclusively Phobians crowd at the Accra Sports stadium, Hearts took the lead through an in-form Daniel Afriyie Barnieh.

The forward benefited from a loosely hit strike by Frederick Ansah Botchway as he redirected the initial effort past Kwame Baah.

The goal which came halfway into the second half demonstrated Hearts’ dominance.

The Phobians looked like they wanted it more after the half-time break and piled the pressure on the Porcupine Warriors.

Augustine Okrah had Kotoko’s best chance and could have levelled the score if he added more power to his effort.

Okrah got on the end of good cross but his shot was rather straight at Richard Attah who grabbed the ball on a second attempt.

Both teams cancelled each other in the first half as no clear cut chances were created.

The two teams were limited to long range efforts as Baah and Attah looked comfortable in the first half.

Barnieh has looked a completely different player in the last few weeks.

The forward scored and assisted Kwadwo Obeng Jnr in that match.

The 20-year-old was also one of the standout players against rivals Great Olympics as he dazzled with his nimbly feet.

Barnieh looked sharp against Legon Cities and created a goal out of nothing, once again assisting Obeng Jnr.

Barnieh had extra motivation heading into the Super Clash knowing he was once unsuccessful in trials with the Kumasi-based club.

His goal against Kotoko highlights his transformation since Samuel Boadu took over, and could possibly be the goal that decides the title.

Hearts of Oak two wins away from title

In what has been a turbulent season, few would have believed the Phobians will have their title destiny in their hands for the final three games.

Hearts of Oak had a stuttering start to the season under Nii Odoom and appointed Kosta Papic to steady a sinking ship.

The club reached a point of retrospection after fan protests at the secretariat.

A press conference was organized to help assure fans.

However, the appointment of Samuel Boadu and purchase of Salifu Ibrahim sparked the chain of change.

Hearts haven’t looked back since and haven’t lost in nine games.

With head to head being used in the league, the Accra-based club need just six points from their final three games against Ebusua Dwarfs, Liberty Professionals and WAFA to win their first title in 12 years.