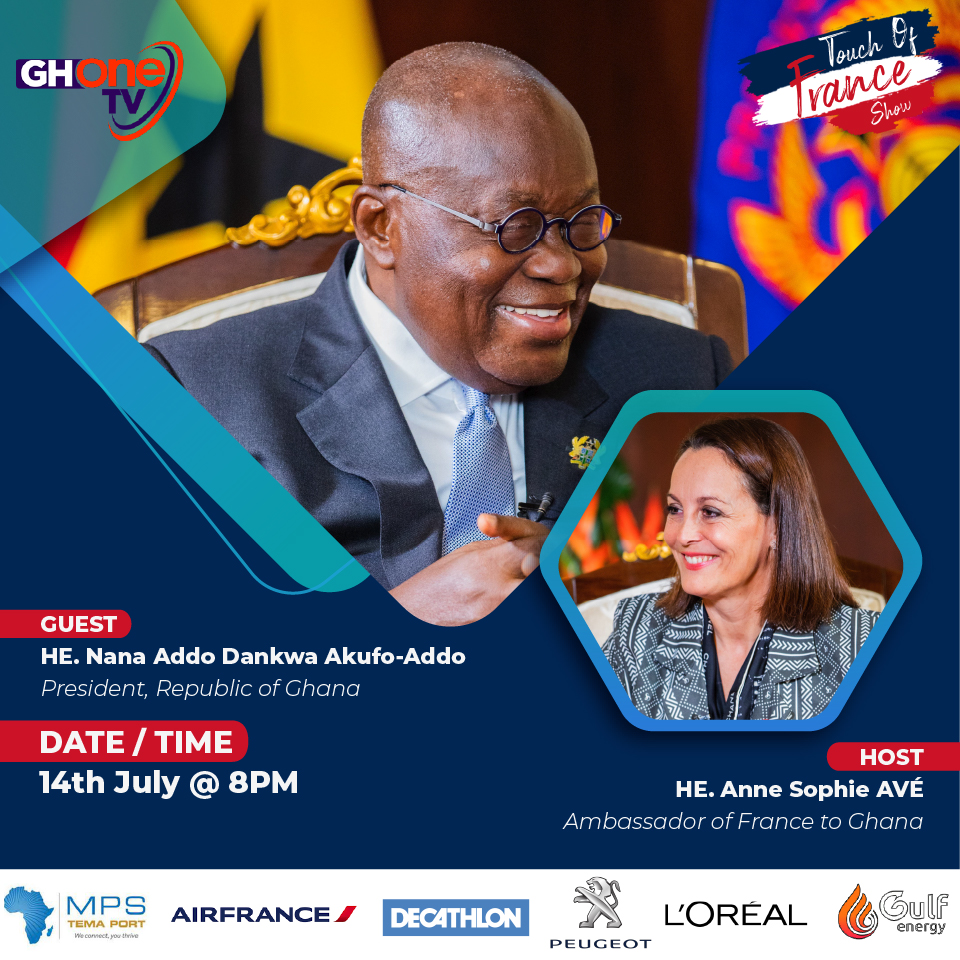 The exclusive interview hosted by the French Ambassador to Ghana, Her Excellency Anne-Sophie Avé, will be aired on GhOne, TV XYZ, Citi TV and Joy Prime on Wednesday, July 14th – coinciding with the Bastille Day celebrations in France.

The bilateral ties between Ghana and France have deepened over the years as a result of the concerted effort and contribution aimed at the development of the West African country. Showcasing the diversity both countries share is crucial in strengthening the bonds, friendship and cooperation that exists, and such has been the objective of the Touch of France TV talk show.

Since the first episode of Season 1, the informative cultural talk show has chronicled the stories of Ghanaian celebrities who have lived in France or have experienced the French culture while living in Ghana. In an excerpt from the special episode shot at the Jubilee House – Ghana’s presidential palace in Accra – President Akufo-Addo recounted his experiences living and working in France after his tertiary education in England. Fluent in English and French, the former legislator worked in the Paris office of the U.S. law firm Coudert Brothers from 1971 to 1975.

“As a Ghanaian who was educated in England, I thought I should have experience of another European civilization before finally coming back to Ghana,” Prez Akufo-Addo stated. “The Head of State at the time was my father, so it was a little bit of a way to escape from him,” he cheekily remarked.

The special episode starring Prez Akufo-Addo will first air on Wednesday at 7:30 PM GMT on Citi TV and 8:00 PM GMT on TV XYZ, respectively. It will be shown at 8:30 PM GMT on GhOne TV and still be streamed live on the station’s Facebook page. Joy Prime will take the late broadcast
at 9:00 PM GMT.