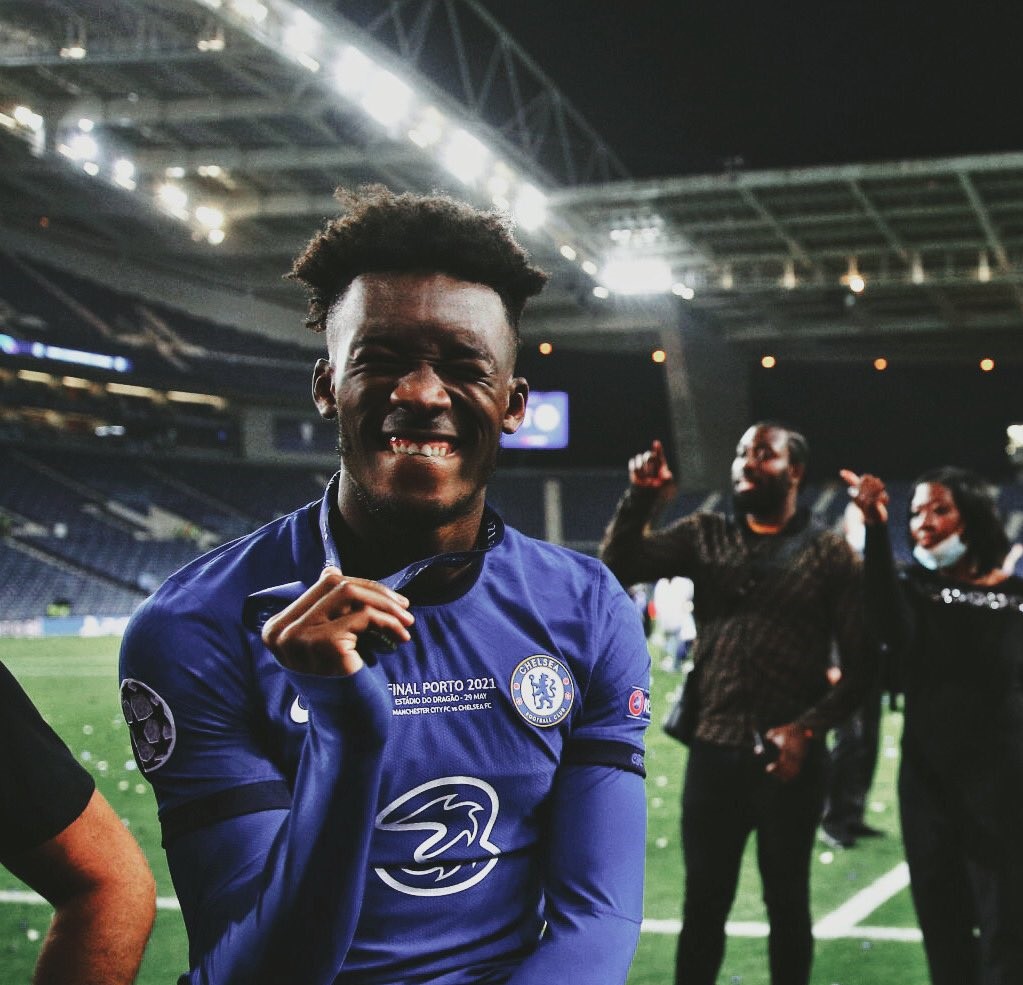 Callum Hudson-Odoi received a rousing welcome when he touched down at the Kotoka International Airport in Accra on Wednesday night.

Musician King Promise, who has a great relationship with the footballer, was present at the airport and shared a video of Hudson-Odoi’s arrival on his social media pages.

The Chelsea winger is in Ghana for holidays after he was not included in England’s squad for Euro 2020 which gets underway next week.

Hudson-Odoi, born to Ghanian parents in London, chose England over Ghana and has represented the Three Lions on three occasions.

However, he can switch nationality due to FIFA’s new eligibility rules.

Players can switch national teams provided they were eligible to represent a second country at the time they first played for their first country, even if they have played in an official competition for the first nation.

This applies so long as they have played no more than three matches (including friendlies), none of the matches were in the final tournament of the FIFA World Cup or confederation competition, and they all happened before the player turned 21.

Hudson-Odoi did not impress in the season just completed, thereby missing out on England manager Gareth Southgate’s squad for the delayed tournament.

Before he opted for England, Hudson-Odoi was contacted by the Ghana Football Association and it is believed they haven’t given up on the talented winger as there is still a chance.

His father Bismark Odoi is a former player of Ghanaian giants Hearts of Oak.

At 20, Hudson-Odoi has won the biggest prize in European football as he was part of the Chelsea team that lifted the Champions League last Saturday at the expense of Manchester City.