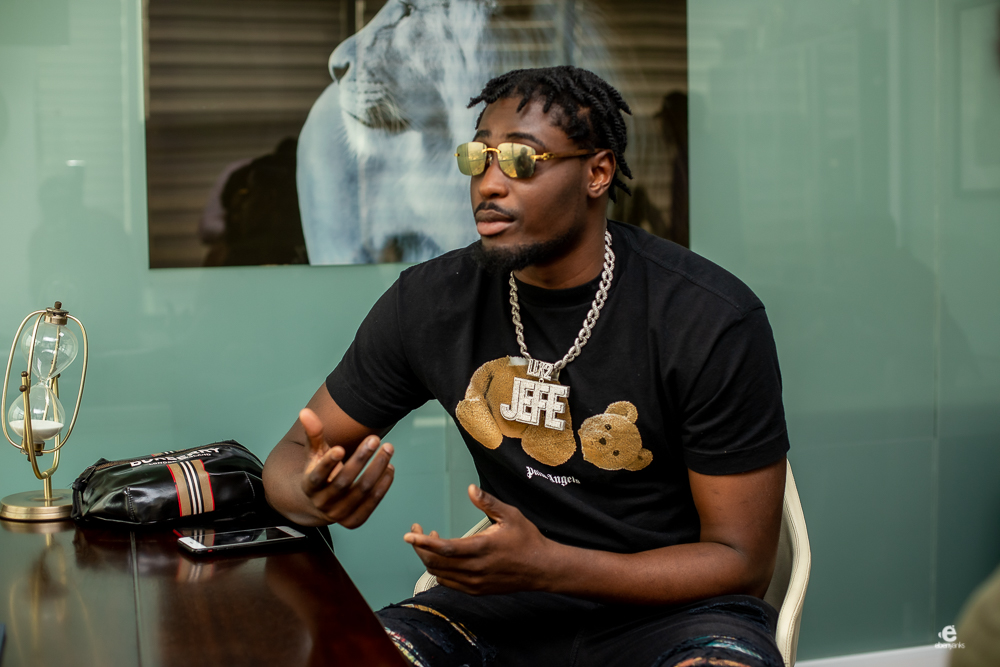 Ghanaian-born, American-based music talent, Jefe Finesse, known in showbiz as Jefe, says he is all set to blend African beats with an American flow.

Jefe is one of the new rap acts from Ghana that’s been doing it for a minute. Ever since the arrival of his debut song “In These Streets”, which featured Jawyn Josh in 2020, he has been gradually gaining recognition for his spectacular flow on beats as one of the rising acts in the music scene with a fresh and unique sound—a contemporary rap act but one who fluidly moves between rap and other genres effortlessly.

From then until now, he has released over five music projects, all singles, including “LLK2”, “Wavy”, “Hood Legend”, “In These Streets”, “Ridding Dirty” and loads of other unreleased songs. Now, the rapper has decided to level up with the release of his current single, “RealTalk.”

According to him, his musical journey started in the basement with his brother, who was recording, “so I decided to give it a try as well.” I always knew I could rap because I could recite other people’s lyrics and still have that same flow they had.”

He emphasized that “I’m not a one-dimensional artist when it comes to music. I have multiple flows and I can tap into different genres of music. “

Jefe’s “Real Talk” single is a beautiful piece of trap music. He said, “The song was created for all the hustlers out there that wake up every morning to go and get a dollar. However you make your money, you are a trapper in that specific field. “

His music is enthused by life: “When I rap, I rap about things people can relate to. Whether it’s the everyday life struggles or the luxurious lifestyle most people dream or grind to obtain.”

Jefe said he is inspired by artists like Jay-Z, Birdman, and Master P. “People of that calibre, because they are bosses in the music world. They aren’t just artists, they understand the business side of things too, and that’s exactly what I’m coming into the game to do. I want to show that I am a great artist, but then have the business side of things under control as well. “

He is currently being managed under his own label, OS Records LLC.

Continue Reading
You may also like...
Related Topics:Featured, Jefe

Afrobeats got a stage in 2021
DJ Planet: Meet the youngest Ghanaian DJ