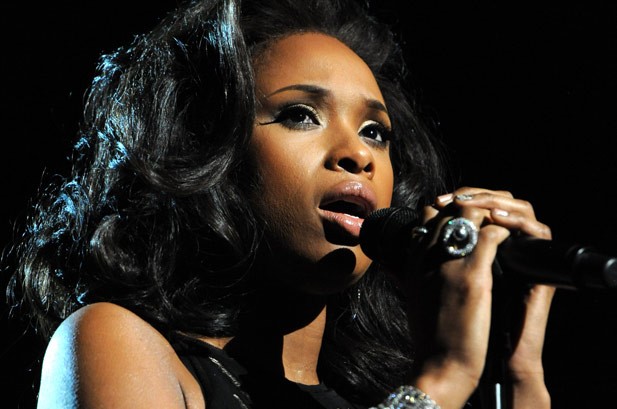 “Respect” new trailer is out and it looks like it will more than live up to expectations when it hits theatres on Aug. 13

When Jennifer Hudson won an Academy Award in her first film role for Dreamgirls, one could easily think, where does she go from here? How about portraying arguably the greatest voice in music history?

Aretha Franklin’s biopic, Respect, is set to hit theatres this August and the world premiere of the trailer has now arrived.

Although a 90-second teaser dropped last June, as reported by TheGrio, in this new, full-length trailer, Franklin’s life is portrayed from childhood in the early 50s through her prime years in the early 70s.

We see Forest Whitaker playing Franklin’s father, the Rev. C.L. Franklin, Marlon Wayans portraying her first husband Ted White, as well as Mary J. Blige, who plays singer Dinah Washington. Hudson is seen portraying Franklin through to her late 20’s, working out the arrangement of her cover of Otis Redding’s “Respect,” as well as the recording of her live double-platinum gospel album Amazing Grace.

Hudson and the film’s director Liesl Tommy spoke with ESPN‘s Kelly L. Carter about the film and Franklin as the official trailer was released. Tommy, the Tony-nominated director of the Broadway play Eclipse, spoke about the importance of combing through Franklin’s 76 years to pinpoint what to include in a two-hour film.

“I took some time to really ponder the parts of her life that I felt would have an impact on audiences,” Tommy said. “And, you know, when I when I dove into the things that we don’t know about her, what came to me is that this is really the story of a young woman with the greatest voice in the world fighting to find her own voice.”

One of the aspects of Franklin’s life and career that Tommy felt was important to portray was her commitment to Black equality during the civil rights era. Her connection with Martin Luther King, Jr., her cover of protest songs like “Young, Gifted & Black,” were some examples of how Franklin inspired Tommy and Hudson.

“It’s such an amazing representation, her journey of the American dream,” Tommy continued. “And it felt essential to me, especially at the moment we’re living in now, that you can be a superstar and you can still hold onto your integrity and to a political point of view. She was fearless that way, and that felt really important.”

Hudson, a two-time Grammy winner and Oscar winner in her own right, has taken the responsibility of portraying Franklin very seriously, marking her as one of her biggest influences.

“I just sit back and think about how much of a blueprint that she’s been in my life and in my career,” Hudson said.

Franklin herself hand-picked Hudson to portray her in the film about her life nearly two decades ago before a script had even been written.

“It was right after I won the Oscar for Dreamgirls. We met in New York and we had to talk about it,” Hudson shared.

It wasn’t until Hudson’s 2015 role on Broadway’s The Color Purple that Franklin told Hudson the role was officially hers.

When Tommy met with Hudson six months before production began, she was convinced she was the right choice. She said she saw in Hudson’s eyes that “there was passion, but there was also kindness and humanity that she that is just who Jennifer is, that I thought she has the depth as Jennifer Hudson to Aretha Franklin. She is a complex, curious, talented woman. And she’s got this.”

While Hudson, who is also an executive producer of Respect, was honoured to play Franklin, it took her time and research to separate Franklin the persona from Franklin the human being.

“But it wasn’t until being in the thick of things that I got to even understand her that much more for myself as a person, not necessarily as, oh, my God, that’s Aretha Franklin, the icon or the voice or this or that song. But to be able to learn of the individual while developing the character.”

One thing that Hudson had to do for the movie was learning the piano. As peerless as Franklin was as a vocalist, she was also a virtuoso as a pianist. Hudson said while she couldn’t reach the heights Franklin did on the keys, it was still crucial to acquire the ability, which she has continued now that filming has wrapped.

“I feel as though as an actor if I’m going to portray someone who played [piano], especially to the extent that she did, oh Jennifer, you better get over here on this piano and figure out something. I’ll call it my little ear. So, yes, I still do the piano. I’ve gotten a bit further. I would never be on Miss Franklin’s level. Let me be clear.”

Aside from learning piano, the real challenge was tackling how to approach Franklin’s greatest instrument: her voice.

In the trailer, Hudson uses her own singing voice, rather than lip-syncing Franklin’s real voice. Although Hudson has been one of the most powerful and recognizable voices in music since her first appearance on American Idol in 2004, deciding whether or not to imitate Franklin’s singing voice was difficult.

“I feel as though it’s more of her influence on me in it, in my interpretation of it than trying to mimic Aretha, because it’s only one Miss Franklin,” Hudson explained. “And then it confused me as like, ‘OK, wait a minute, am I supposed to sing this is me, Jennifer, or am I supposed to try singing like Aretha?’ OK, well, how about, let it be the influence of her meter and how she helped shape my artistry throughout the years.”

This will be Hudson’s second time portraying a real-life character. In 2013, she played the title role in Winnie Mandela, the film about the South African social activist and former wife of Nelson Mandela, who was played by Terrence Howard.

Respect will hit theatres this summer after changing dates numerous times due to the coronavirus pandemic.

Watch the official Respect trailer below: