British perfume brand Jo Malone has issued an apology to John Boyega for dropping an ad he made for them and replacing him with a Chinese actor.

The firm re-shot the personal video the Star Wars actor – made in his home town of London – for the Chinese market.

“We deeply apologise for what, on our end, was a mistake in the local execution of the John Boyega campaign,” they said in statement. 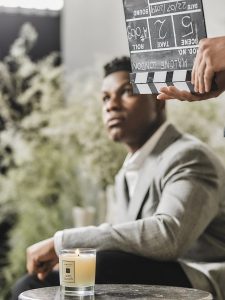 Mr Boyega, 28, also directed the advert, based around his personal experiences, for the scented candle brand, titled London Gent

They went on to label the ad re-shoot as as a “misstep”, “painful” and one that caused “offence”.

While the script for the aftershave commercial – which was originally conceived and directed by the British star – remained largely the same, it saw him replaced by another actor, Liu Haoran.

The original version, entitled London Gent, showed Boyega hanging out with friends and family in Peckham, where he grew up, but they were also removed for Chinese audiences.

In a statement obtained by The Hollywood Reporter, Jo Malone said: “John is a tremendous artist with great personal vision and direction. The concept for the film was based on John’s personal experiences and should not have been replicated.

“While we immediately took action and removed the local version of the campaign, we recognise that this was painful and that offence was caused,” it added.

“We respect John, and support our partners and fans globally. We are taking this misstep very seriously and we are working together as a brand to do better moving forward.”

It’s not the first time Boyega has fallen foul of editing for the Chinese market.

There was controversy back in 2016 when Disney unveiled a re-versioned movie poster for Star Wars: The Force Awakens in China.

Earlier this month, the star called for an end to black actors being “pushed to the side” by film companies.

Writers, actors and directors; including JK Rowling and Jordan Peele, also praised the 28-year-old for his emotional speech at a Black Lives Matter protest in the summer.