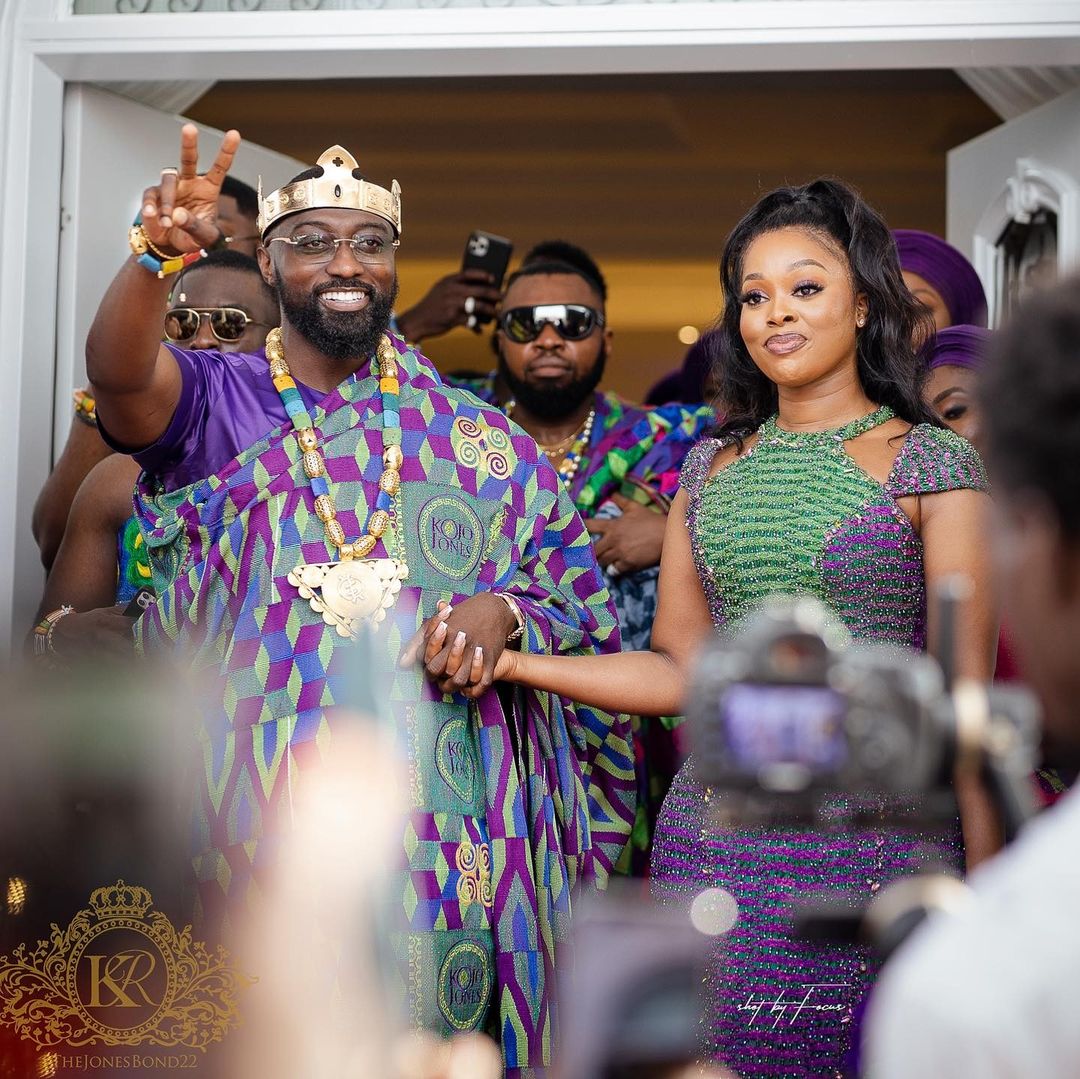 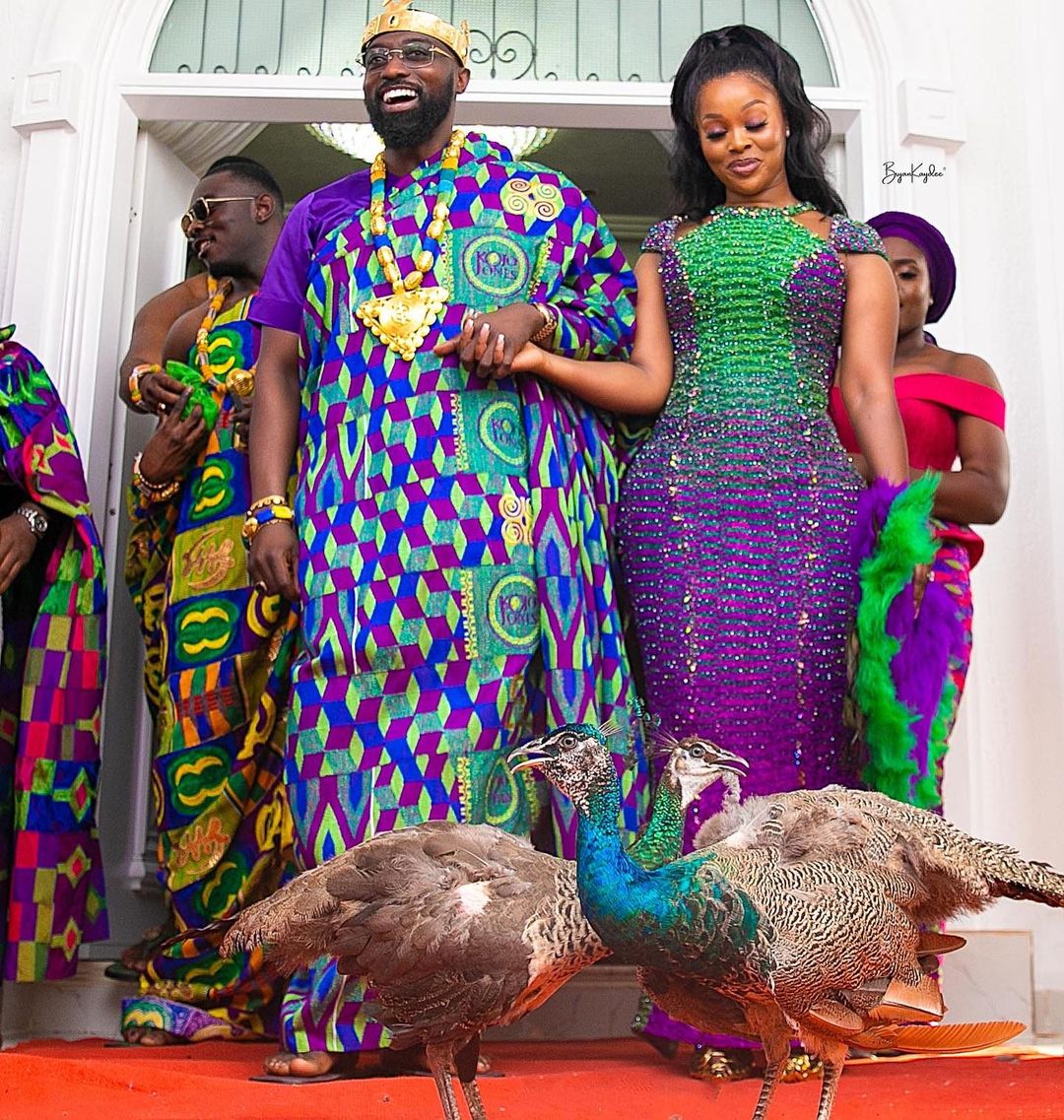 Kojo Jones and his partner Rachel Osei tied the knot in a white wedding that saw the business magnate gild in an expensive white tuxedo suit with his wife, Rachel, fitted in a beautiful white beaded dress. 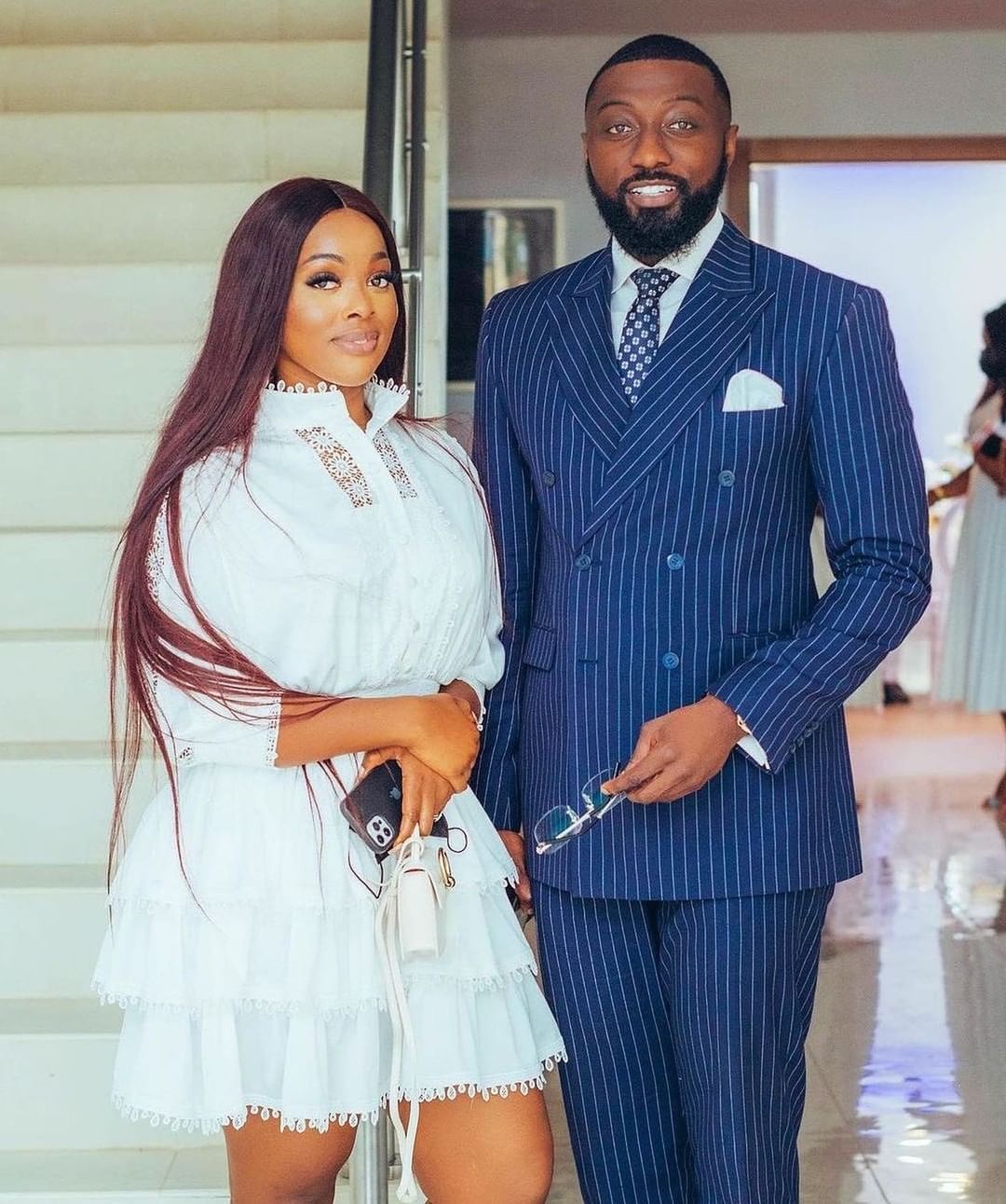 While showing class and wealth, Kojo Jones on his way to his beach wedding drove in a classy black open-top car similar to a 1950 Cadillac series with one of his best men seated beside him.

Social media has since gone frenzy after the videos shared by some bloggers, like GHhyper, suddenly rallied social commentators to share their thoughts on the luxurious wedding ceremony that had dollars raining on the couple at their reception.

Just like in 2020 and 2021 respectively, Kency, Ciri2020 and the Adinkra couple had one of the biggest known weddings in Ghana.

A wedding where class, wealth, celebrities, and the best artistes performed, Kojo Jones’s wedding was no different from the creme de la creme of the society, showing up at his wedding ceremony to share in his happiness.

So who is Kojo Jones?

The man of the moment, Emmanuel Kojo Jones-Mensah is an Anlo man, specifically from Keta, Dzelukope in the Volta region.

He is the son of the late Justice (rtd) Emmanuel Kofi Jones-Mensah and Rev. Dr. Gifty Lamptey of Sidalco Group of companies. Kojo Jones’ father grew up in Cameroon where his father (Kojo’s grandfather) Livingstone Emmanuel Akakpo Jones-Mensah worked as the chief financial controller of the Cameroonian Development Corporation (now Unilever).

Kojo’s father was an Attorney-General of Cameroon at the tender age of 28 years before he later relocated to Ghana and joined the bench as a justice of the superior courts of Ghana. In addition, he was a politician, an entrepreneur and a hotelier. Keta Beach Hotel, located in his hometown is one of his establishments. He was also once the PNC party’s vice-presidential candidate. Before he passed away in 2016, Justice Jones-Mensah had retired from the bench and established a successful law practice.

A source also told that Kojo Jones inherited some of his wealth from his legal colossus father’s estate. Apparently, good looks and law run in their family. We’ve gathered that Kojo Jones is the younger brother of the elegant former Beauty Queen, Penelope M. Jones-Mensah, who is also a lawyer and a women and children’s rights activist.

Whilst he is currently running a successful real estate business, Empire Domus Ltd, we’re reliably informed that Kojo Jones himself has bagged both a first degree and a master’s degree in law. He also has a heart of gold and has undertaken several philanthropic ventures with his KJM Foundation. An impressive man with an impressive lineage! We wish Kojo Jones and his beautiful bride all the very best in their marriage and future endeavours.

Continue Reading
You may also like...
Related Topics:Featured, Kojo Jones