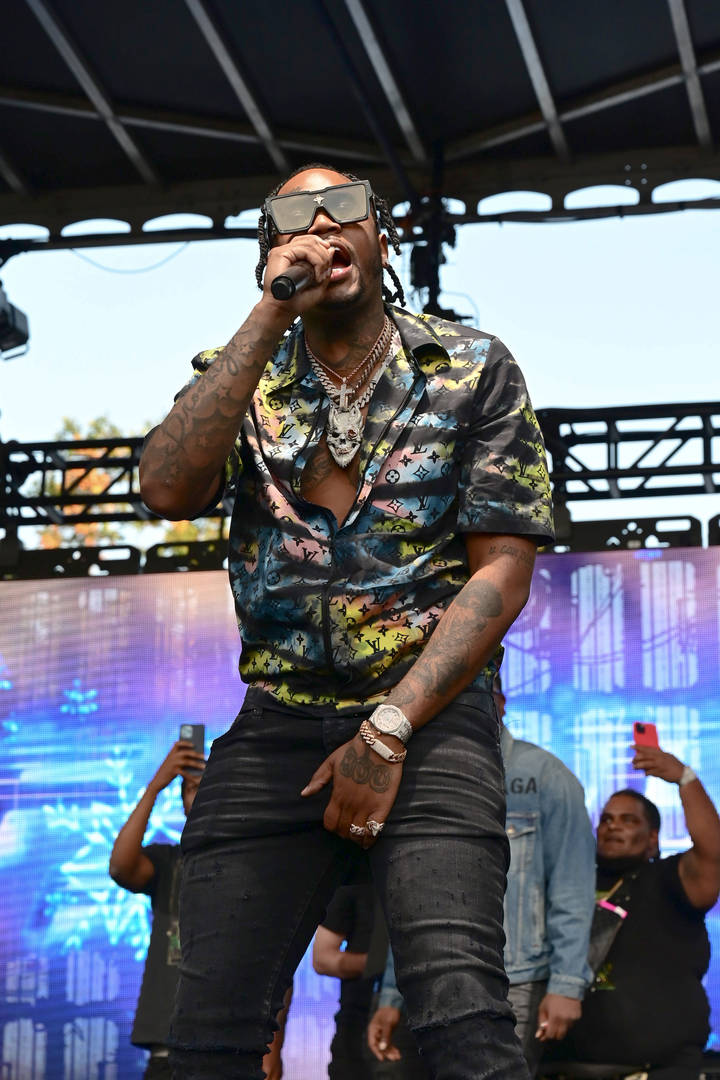 Every artist has their own specific vibe in the studio. Some enjoy recording with only the engineer in the room while others prefer bringing a group of people in the studio to capture an authentic vibe.Kanye West is notorious for enforcing a strict set of rules when in recording sessions. For My Beautiful Dark Twisted Fantasy, collaborators were forbidden from tweeting or wearing hipster hats. For Jesus Is King, ‘Ye directed those involved to abstain from pre-marital sex. And for Donda, everyone was expected to be wearing Yeezy merch.

Fivio Foreign recently sat down with Power 106.1’s LA Leakers where he discussed coming back home and his relationship with Kanye. Fivio had one of the best verses on Donda and ended up spending a significant amount of time with ‘Ye. So, when it came down to his set of studio rules, he said that he would be making everyone wear his merch

“Everybody gotta be wearing Fivio merch,” he told DJ Sour Milk and Justin Credible. “I learned that from ‘Ye. When we were at the ‘Ye shit… We had the vest on. He made us all wear Donda merch. Know we on Donda time.”

While there were bulletproof vests with Donda written in front of them, it seems like everyone was able to leave with a pair of Yeezys, as well.

“Yeezys, certain pants. No, this is what he do. It’s like a uniform. He’ll give us like Yeezys, some time of pants — some type of black cargo — and then Donda shirts. That’s what he do,” Fivio explained. “Uniform. So I guess it take away the, like, egos.”

Check the clip below.

Continue Reading
You may also like...
Related Topics:Donda, Kanye West