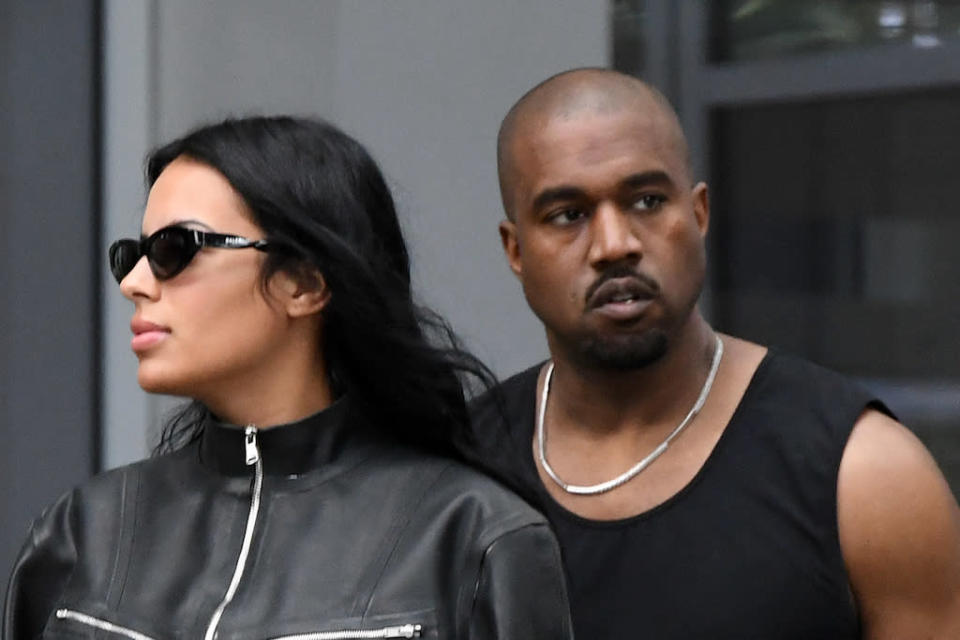 Chaney Jones, Kanye West’s latest muse, took to Instagram this week to reveal some unknown information about herself.

The 24-year-old student cleared the air, stating ‘no I have never had surgery on my face’ as she listed ‘5 facts about me.’

It comes amid chatter that the 44-year-old music artist’s new girlfriend looks a lot like his ex wife Kim Kardashian, 41.

The beauty shared a cheeky post to her Stories, uploading a throwback photo of herself in a revealing swimsuit.

Along the picture, which showed the side profile of her face, she said, ‘I think I was 20 here. This was before my BBL.’

Once again bringing up the topic of her Brazilian Butt Lift she continued, ‘…and to answer everyone’s questions yes I had a BBL but I’ve always been thick before surgery.’

Chaney went on to share details about her life with her 429,000 followers on the platform.

Posted against a black screen, she typed up tidbits about herself, listed numerically in white font. 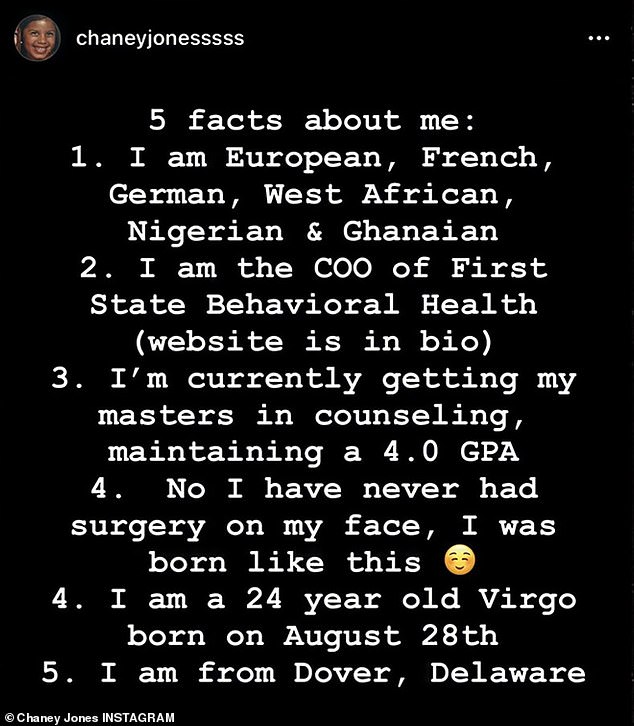 Among the facts she gave insight on her ethnic background, writing, ‘I am European, French, German, West African, Nigerian, and Ghanaian.’

The entrepreneur said she’s a student, posting that she’s ‘currently getting my masters in counseling’ and adding that she maintains a 4.0 GPA.

Jones doubled down on having no plastic surgery on her face: ‘No I have never had surgery on my face, I was born like this.’

She said she’s a virgo and included her birth date, August 28th. And finally, she said she’s from Dover, Delaware.

Since she began dating Kanye, Chaney has drawn comparisons to the SKIMS founder, often being photographed in noticeably similar fashion looks.

Chaney and Ye have been spending time together since the rapper’s split from Julia Fox just weeks ago.

Continue Reading
You may also like...
Related Topics:Featured, kim, Ye