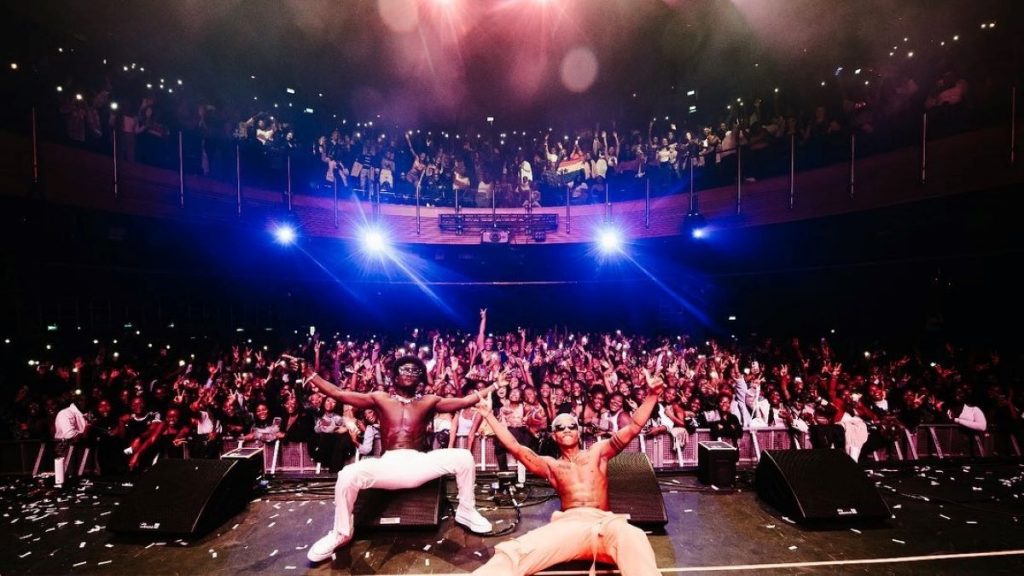 Following the release of their critically acclaimed albums, Golden Boy (2021) and Son of Africa (2021), fans were not only immersed in Ghana’s unique sounds, live instrumentation, and vibes but also lauded the Lynx Entertainment signed artistes’ love and appreciation for where they come from and their incredibly inspiring journey.

As previously said, this hugely sought after event was primarily established on their internationally acclaimed records, including singles that broke into the UK music and appeared on credible charts, that signaled a transition towards a more refined, complex, smooth afrobeat and highlife sound. The evening’s libidinal party bounce was boosted by older materials from the duo. KiDi and Eugene’s dynamic club bangers were well greatly embraced by the audience at the Indigo at the O2 Arena.

KiDi and Kuami Eugene are award-winning singer-songwriters from Ghana and two of the fastest rising talents of their generation. They have both enjoyed critical and commercial success over the last few years and have very quickly established themselves as the leaders of the new school of Ghanaian highlife and afrobeats music.

Continue Reading
You may also like...
Related Topics:Featured, Kidi