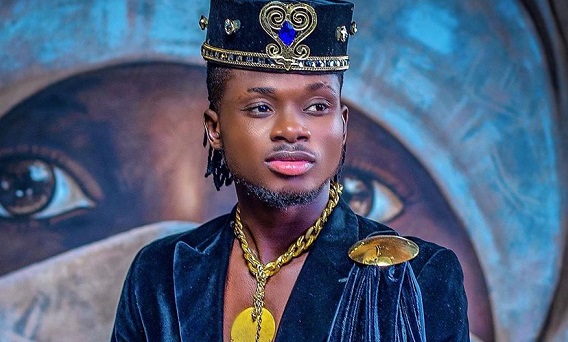 Kuami Eugene gives us  ‘Take Away’

This track is one of the songs off his forthcoming EP dubbed ‘Rags2Riches’.

This is coming after Kuami Eugene and KiDi revealed that they would be embarking on a Europe Tour in September 2022. They will tour 10 cities on 10 different days.

Coming off their recently sold-out concert at Indigo at the O2 Arena in the UK, Lynx Entertainment signed artists, KiDi and Kuami Eugene and have announced dates and destinations for their upcoming Europe tour.

Kuami Eugene is Ghana’s 2020 Artist of the Year and the reigning Highlife Artiste of the Year. He has released several hit songs such as ‘Angela’, ‘Confusion’ and ‘Wish Me Well’ and is currently enjoying a lot of success with his massive collaborations such as Happy Day (with Sarkodie) and Love Nwantiti remix (with Ckay and Joeboy).

In March 2022, KiDi and Kuami Eugene became the latest Ghanaians to be added to the steadily expanding list of artists who have racked up enormous success at the Indigo at the O2 after performing their discographies in their entirety to a full-capacity crowd at a concert dubbed “KiDi and Kuami Eugene Live in Concert”.

Check out Kuami Eugene’s latest track ‘Take Away’ below:

Continue Reading
You may also like...
Related Topics:Featured, kuami Eugene