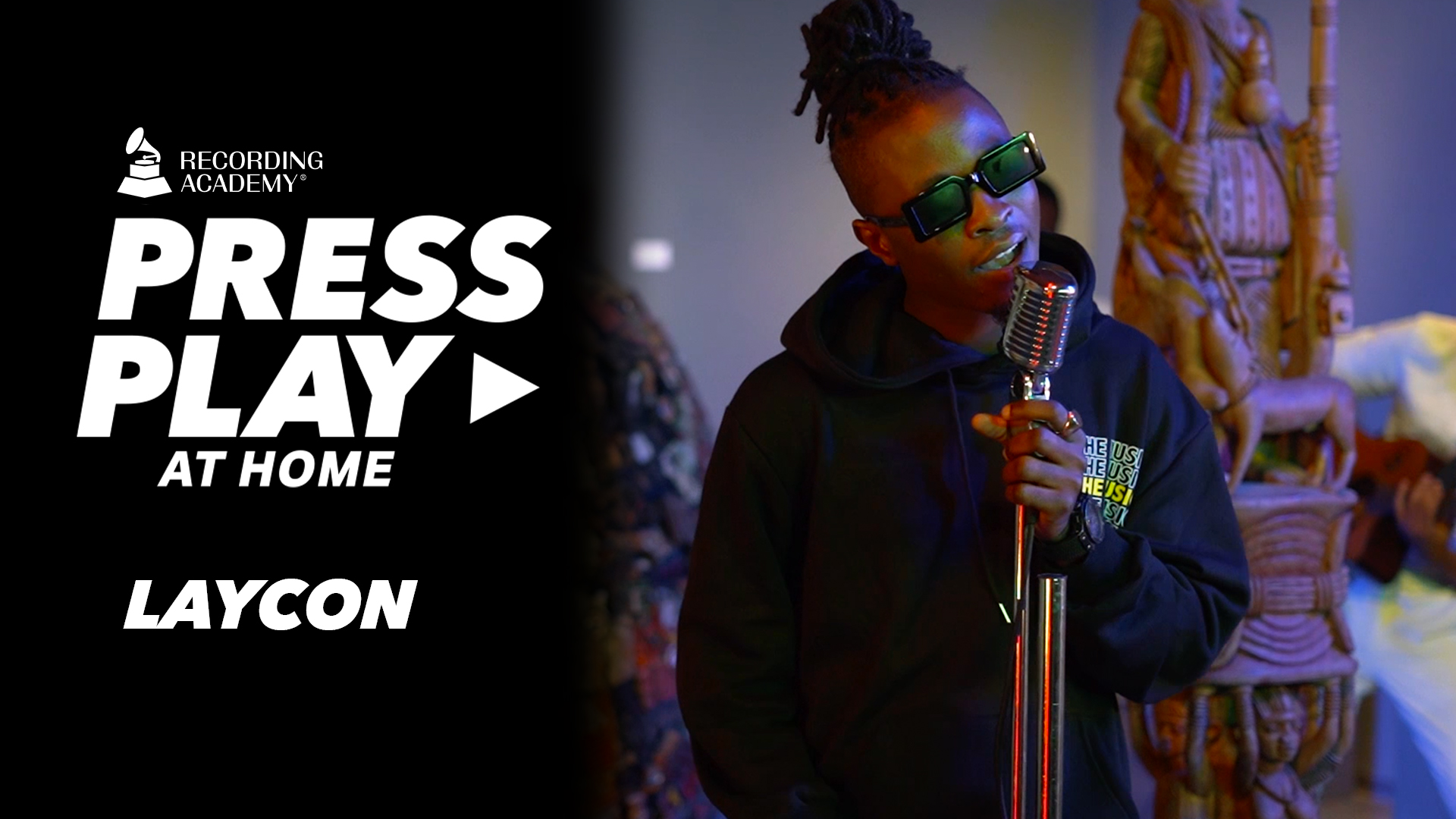 The Recording Academy has released a new episode from its Press Play at Home concert series on its YouTube account.

The video features Nigeria’s superstar talent Laycon, who performed a song from his brand new album titled ‘All For Me’, written by Laycon and Shorae.

Morgan Enos at GRAMMY.com said, “Afrobeats may be a less-known genre stateside, but anyone interested in the qualities of human conversation should dig into the sound immediately.
From Fela Kuti to Orlando Julius to Orchestre Poly-Rhythmo, the genre contains the rhythms of a ripping conversation—one you don’t want to end.
And from Antibalas to Burna Boy, the younger generation of Afrobeats artists is taking up the mantle, too.
For a fresh example of this, meet Laycon, a Nigerian Afrobeats/Afrorap artist who makes performing this music seem as natural as breathing.
In the latest episode of Press Play At Home, let the young Afrobeats ambassador spin a captivating musical yarn with help from his accompanists.”

Continue Reading
You may also like...
Related Topics:All For Me, Featured, Laycon, Press Play At Home, Recording Academy Class of 2021