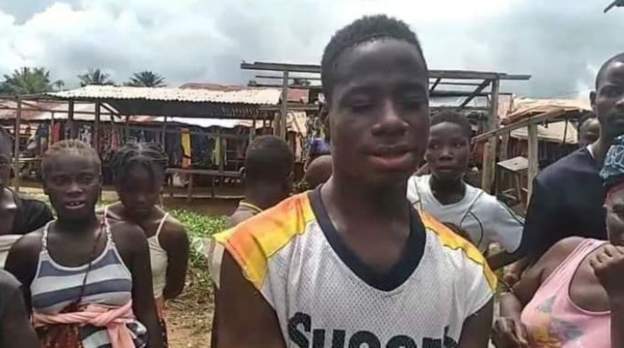 President Weah met Emmanuel Tolue at a ceremony in the capital, Monrovia, on Monday and offered him cash and an educational scholarship.

The motorcycle rider has become a national hero in recent days for his action.

He found the money wrapped in a plastic bag and returned it after the owner, Musu Yancy, appealed on public radio for anyone finding the money to return it.

Ms Yancy appreciated the young man’s honesty with cash and goods valued at about $1,500.

The president hailed Mr Tuloe’s “exceptional sense of morality and good citizenship” as an inspiration for the youth.

The Liberian leader promised to recognise and award the young man with one of Liberia’s highest honours – the order of distinction – for his honesty.

In addition, the president gave him $10,000 as well as two new motorcycles “for you to improve your circumstances and sustain yourself financially”.

Mr Tolue, who dropped from seventh grade in school to go into motorcycling business, will also benefit from a fully-funded scholarship up to university level