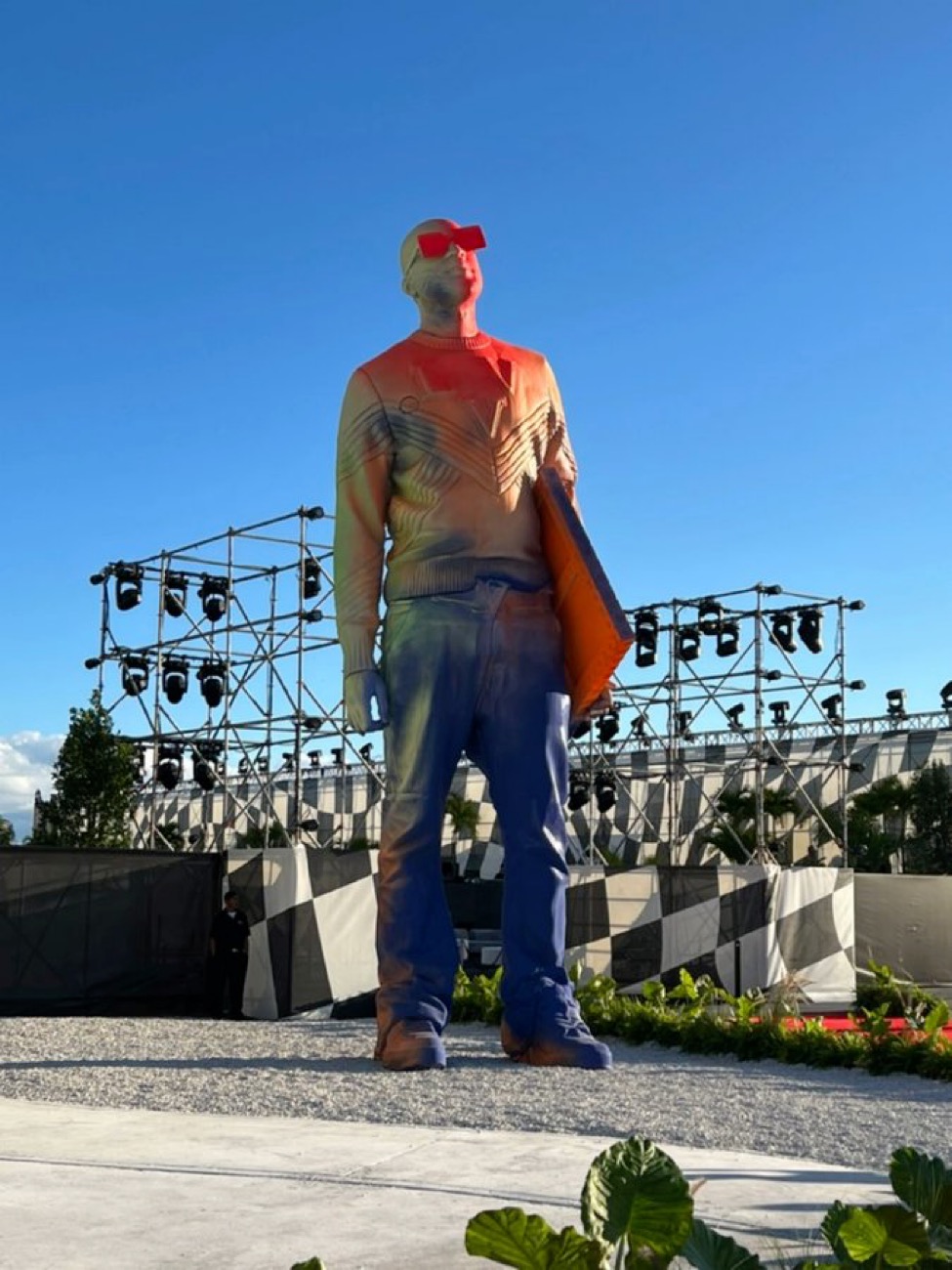 On Tuesday, as the sunset over Miami’s harbour, around 1,500 guests piled onto Louis Vuitton-branded speedboats and ferries and made their way to the Miami Marine Stadium, a former water sports arena. The causeway was dredged to accommodate the runway barge, which was decorated with birch trees and black paper aeroplanes, a recurring theme in Mr Abloh’s work.

The front row included longtime supporter Kanye West, who sat next to Kim Kardashian and their daughter North. Also making their first major appearance since the 2020 presidential election were Jared Kushner and Ivanka Trump, who wore a bright pink Louis Vuitton dress.

Attendees were instructed not to grant interviews, out of respect for Mr Virgil’s family.

The Arnault clan, who originally were not intending to come, walked in just as the show began around 6 p.m., clad in black.

A rainbow was glowing over the stadium. The Louis Vuitton Men’s Spring-Summer 2022 Fashion Show was the son of Ghanaian immigrants’ last. It was also the French fashion house’s first in the United States since it was founded in 1854.

The LV monogram was on temporary walls outside of the former Miami graffiti “penit.” On the gray runway, the models wore sneakers, and elements of pop art interacted with hip-hop culture cohesively.

A turquoise coat was pleaded like an Irish man’s skirt. There were playful man purses in different sizes including some in blue and pink ombre. His audacious use of neon fabrics for tailored suits was in sharp contrast with crisp white jackets and black samurai-like pants.

At the end of the show, the father of two didn’t walk out to bow out in front of the large crowd — some of whom were also VIP guests of Art Basel Miami Beach.

Abloh died of cancer on Sunday in Chicago. He was diagnosed with cardiac angiosarcoma in 2019. He had been the artistic director of Louis Vuitton’s menswear collection since 2018 and he had founded his Off-White label in 2013.

The fire of a red hot air balloon was glowing and there were fireworks. As part of the LV tribute in Miami, drones deployed to the sky for a light show that included a short message in red: “Virgil was here.”