Following on from his recent collaboration with Grammy Award-nominated Chicago rapper and activist Vic Mensa, and with the summer release of his highly anticipated fifth studio album inching even closer, award-winning Ghanaian rap veteran and Absa ambassador M.ANIFEST is excited to reveal his brand new single titled ‘CONFUSION’, which is produced by MOBO Award-nominated artist and producer JULS. 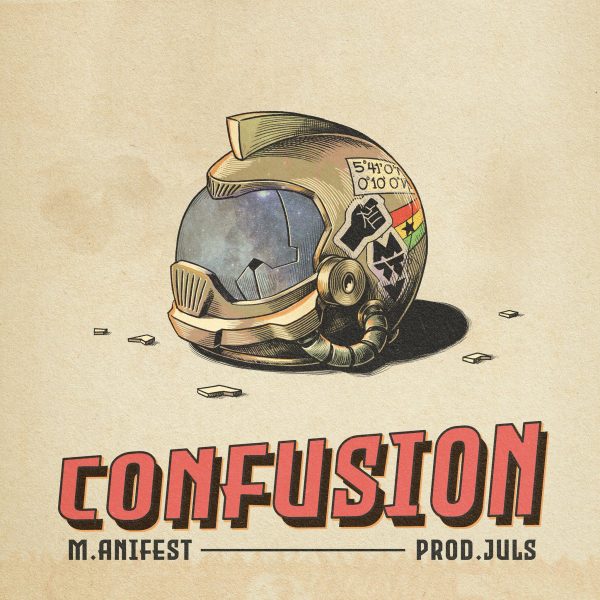 Rich in musicality from the very start, with lush guitar licks and percussion drums as the central elements of the alluring sonic bed of hip-hop and afrobeats blended seamlessly together, ‘Confusion’ is driven by M.anifest’s captivating wordplay, assured cadence, and infectious melodic rap flow, as he weaves an enthralling tale about the beautiful chaos of living in a modern African city like his hometown Accra. According to M.anifest, “such is the paradox of life in our cities, that there is always a constant tension between the feeling of ‘hurry hurry’ and ‘ok wait’”.

Speaking about how ‘Confusion’ came about and the inspiration behind the track, M.anifest says, “Juls and I linked up in London to record ‘Confusion’. I had this strong urge to take an almost opposite approach to the happy guitars and triumphant horns. It’s what makes ‘Confusion’ compelling; the musical canvas is somewhat jovial, but the ideas laid on it are stark and brutally honest about real life. The line, ‘No money dey but they all pray hard / even outlaws are down by law, No GPS but they all explore’, sums up the message behind the song perfectly”.

A rap music veteran of over a decade, with six acclaimed projects spanning that time, countless awards over his career and over three million fans on social media, M.anifest is one of the most revered figures in the African music scene. Described as the foremost rapper on the continent by The Guardian UK, with further acclaim from BBC, CNN and Revolt, his musical reach extends beyond Africa, with collaborations that range from Damon Albarn and Red Hot Chilli Peppers’ Flea, to Erykah Badu and Tigga Da Author, to Kojey Radical and Burna Boy, among others.

Continue Reading
You may also like...
Related Topics:Confusion, Juls, M.anifest