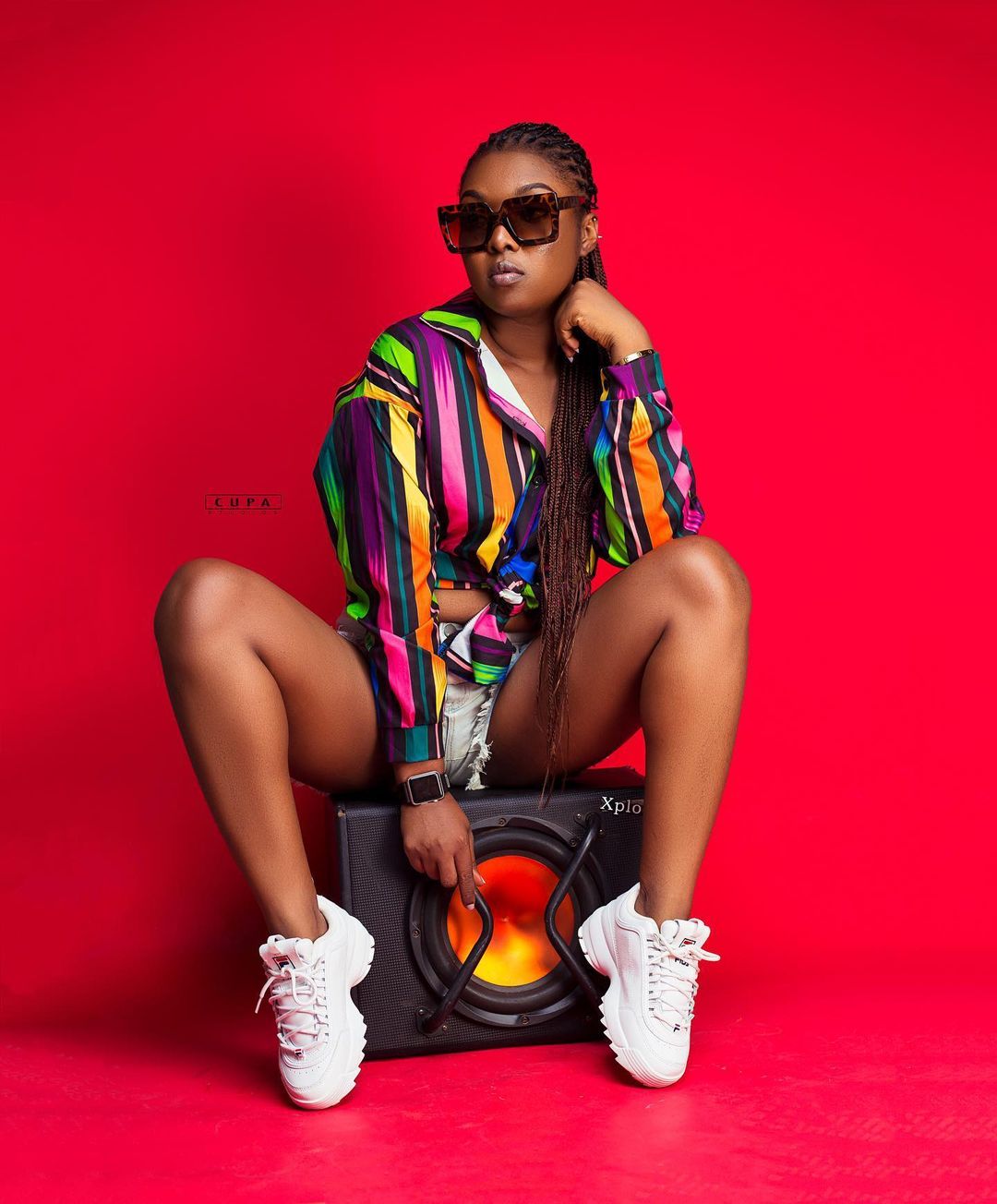 West Jam Entertainment vocal talent, Queen Ayorkor, has released yet another colourful and breathtaking visual of her 2020 smash hit, “MONEY”. The clip — Davies Bassey— matches the big bass, the sugar-rush feel of the tune as the Ghanaian musician is captured in a myriad of locations, from indoors to outdoors, set in South Africa trading lyrics of the FoxBeatz produced single.

This video presented a new sound and musical style for the Ghanaian singer. Here, Queen Ayorkor issues candid commentary on money and relationship but the highlight of the song is the music itself — a smooth Hip Hop with a fusion of R&B style ballad executed perfectly by the West Jam vocalist.

“Money” visuals serve as a follow up to her previously heard single “Bestie” featuring the afrobeat badman Kelvynboy. The single has had series of new chart entries since it debuted.

Queen Ayorkor is a multi-talented Ghanaian musician. So far, she’s only got a handful of songs out, but her effortlessly catchy debut single “Saa Side No” featuring award-winning singer, Bisa Kdei has amassed an impressive number of streams across the major digital stores, and her follow-up “Bestie” proves that it wasn’t it a fluke. Queen Ayorkor’s style is open and spacious, with minimalist production giving room for her subtly soulful voice to remain front-and-centre at all times. Her approach to songwriting is timeless, but the final product is clean and modern.

In a conversation with Gerrard-Israel, Queen Ayorkor said she’s eager to shed her unique composition with consumers, and there’s no doubt that this year those who still have her in a box will change their tune. The songwriting is there, and She is already evolving into a universally appealing artist not be to grouped in with a niche new wave.

Continue Reading
You may also like...
Related Topics:money, Queen Ayorkor