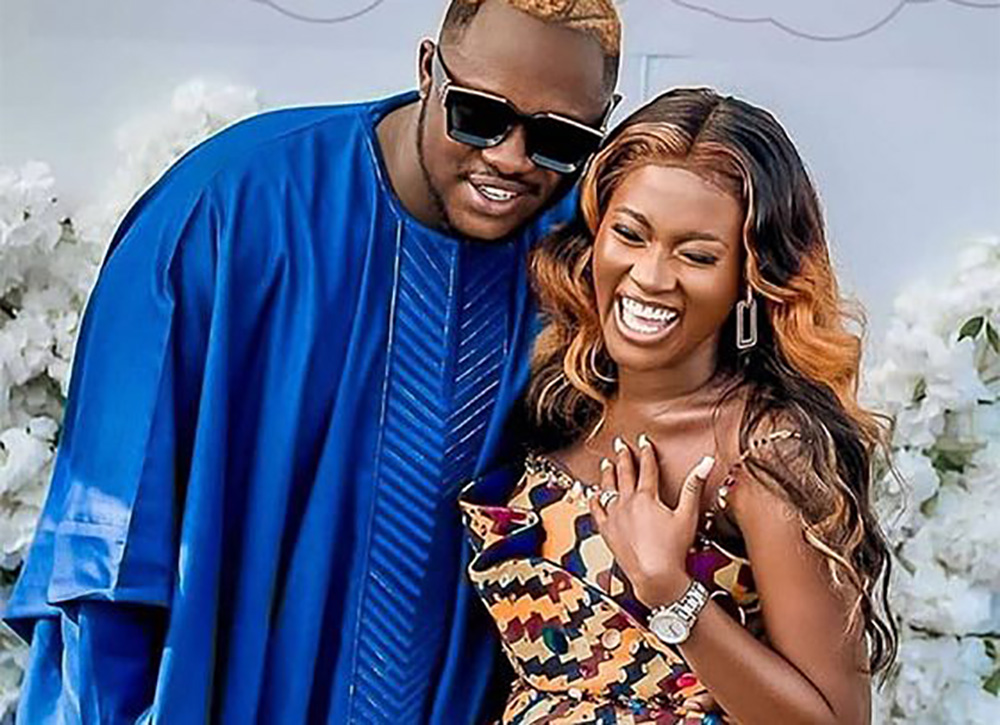 The celebrity power couple tied the knot on March 7, 2020, after months of controversies surrounding their relationship with breakup rumours in the mix. The wedding ceremony was attended by top Ghanaian celebrities including Shatta Wale, Sista Afia, Afia Schwarzenegger and Criss Waddle.

And just two months after their glamourous wedding, it seems they are expecting their first child together. The “Omo Ada” hitmaker gave the clue during a Twitter question and answer (Q&A) session last night with his fans.

He was asked by one of his fans when he is having a child with Fella Makafui. “When is young Medikal coming out to this world,” the tweep asked. He responded by saying, “Hopefully soon.”

However, when another tweep asked if Fella is already pregnant like the rumours say, he swerved the question by simply saying “Next question”.

He, however, noted that the reason he loves Fella so much is that she used ‘juju’ on him, adding that the weather determines how often they have sex.