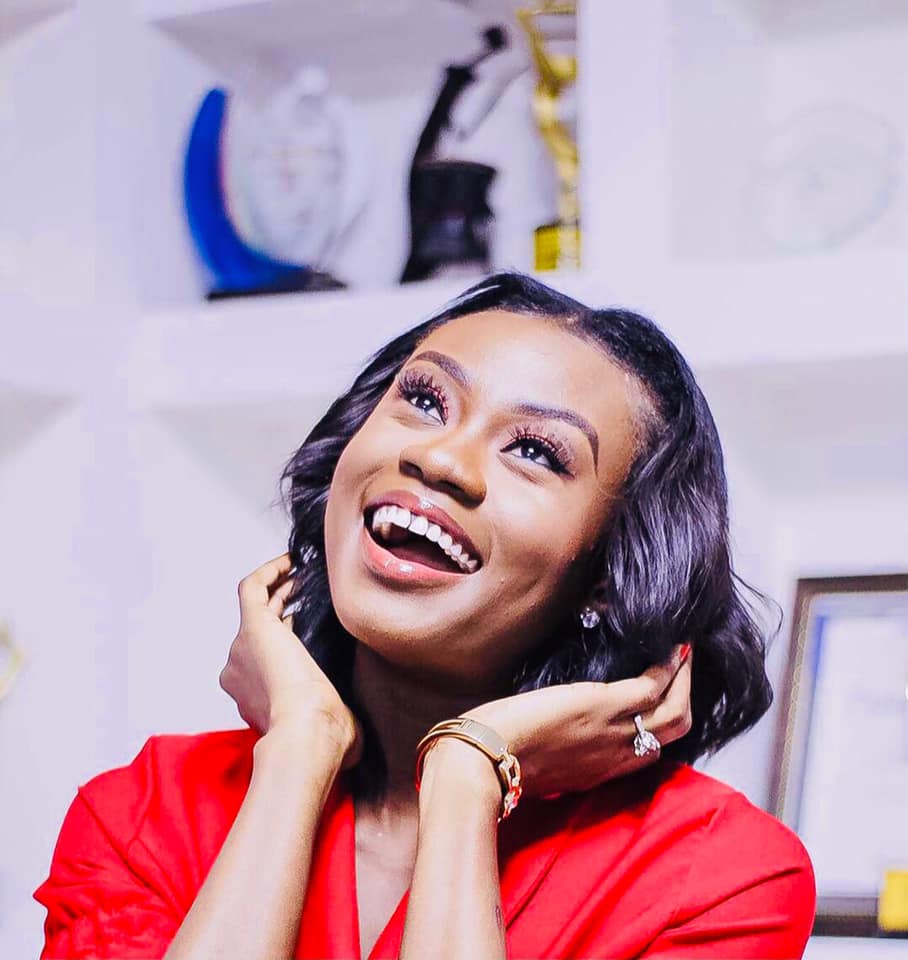 A popular news anchor with TV3, Natalie Fort, has announced her resignation from the Media General.

Her surprise departure from the Kanda-based media outlet was effective Monday, April 5, 2021.

Natalie in her resignation notice posted on Tweeter and sighted by Ghanaguardian.com, extended gratitude to her employers for the four (4) years she worked with the firm.

“As I resign from TV3 with effect from 5th April 2021, I would like to express my heartfelt gratitude to the Management of Media General for an incredible 4 years with the firm.” She wrote.

She continued, “I am grateful for the platform to kickstart my Media journey, the opportunities granted me have been transformative; and to my colleagues I’m honoured to have learnt from such an experienced team.”

“The memories will forever remain with me.” She added.

Read her full resignation notice below: 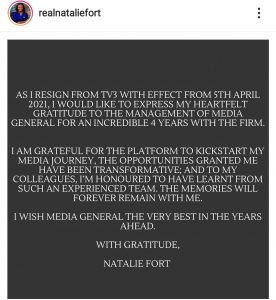 She started her career as a fashion model after representing Ghana at the Miss Princess World Competition in the Czech Republic in 2011.

In 2015, the pretty model began her career in broadcasting with TV3 Network as a broadcast journalist with no prior experience or training in news anchoring.  She was dedicated to her newfound path that she soon became the anchor for the News in Brief.

Until her unexpected quit, she co-anchored TV3’s primetime news – ‘News360’ with Alfred Ocanssey, making her undoubtedly one of the best TV personalities and anchors in the country.

Aside from her broadcasting career, 26-year-old owns Fort Model Management, a company that deals in art gallery, fashion, modeling and jewelry.

In 2017, she was recognised internationally and bestowed with the Gold Star Order of the Companion Honour by the United Nations. She was also awarded the Excellent Personality Merit Award same year.

Natalie is committed to humanitarian activities. She is the visionary of The Fort Foundation, an organisation that supports needy patients across selected health facilities in Accra.