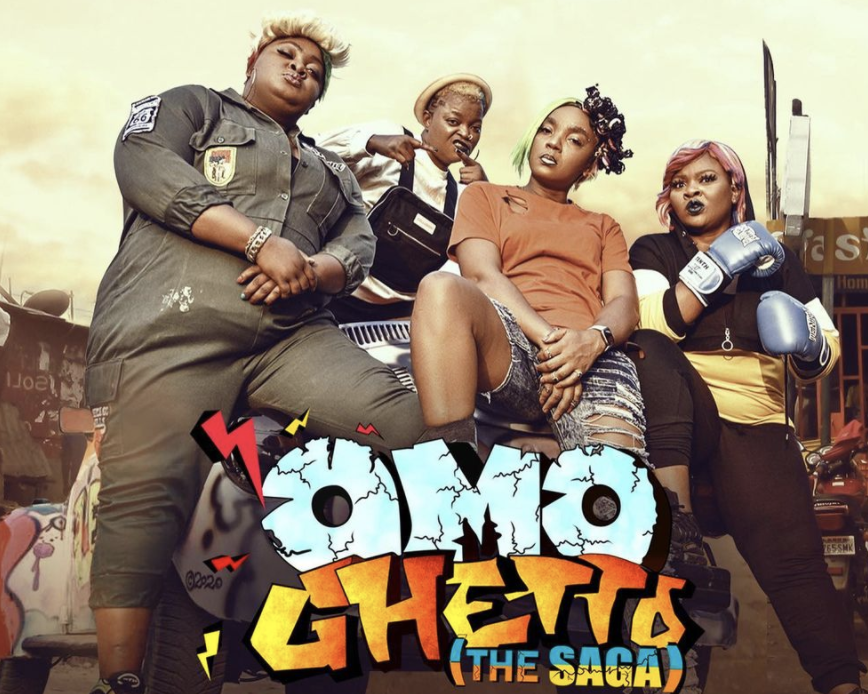 ‘Omo Ghetto: The Saga’ is coming to Netflix!

The record breaking film has been confirmed for a September 10, 2021 Netflix release. Starring Akindele in a dual role alongside Deyemi Okanlawon, Eniola Badmus, Chioma Chukwuka, the comedy is a sequel to Akindele’s 2010 ‘Omo Ghetto’ trilogy.

The sequel follows the story of Shalewa aka Lefty (Akindele) as she struggles between living a life of wealth and comfort provided by her adopted mother and returning to her ghetto lifestyle. It also stars Tina Mba, Adebayo Salami aka Oga Bello, Zubby Michael, Mercy Aigbe, Timini Egbuson, Alex Ekubo.

‘Omo Ghetto: The Saga’ broke a four-year Nollywood record in January, barely a month after its theatrical release. Before the end of its cinema run, the movie had grossed over N500 million in box office.

A first-look is out! Meet the cast of new Basketmouth created Showmax comedy series ‘Ghana Jollof’
Nana Mensah stars in Netflix’s ‘The Chair’ alongside Sandra Oh