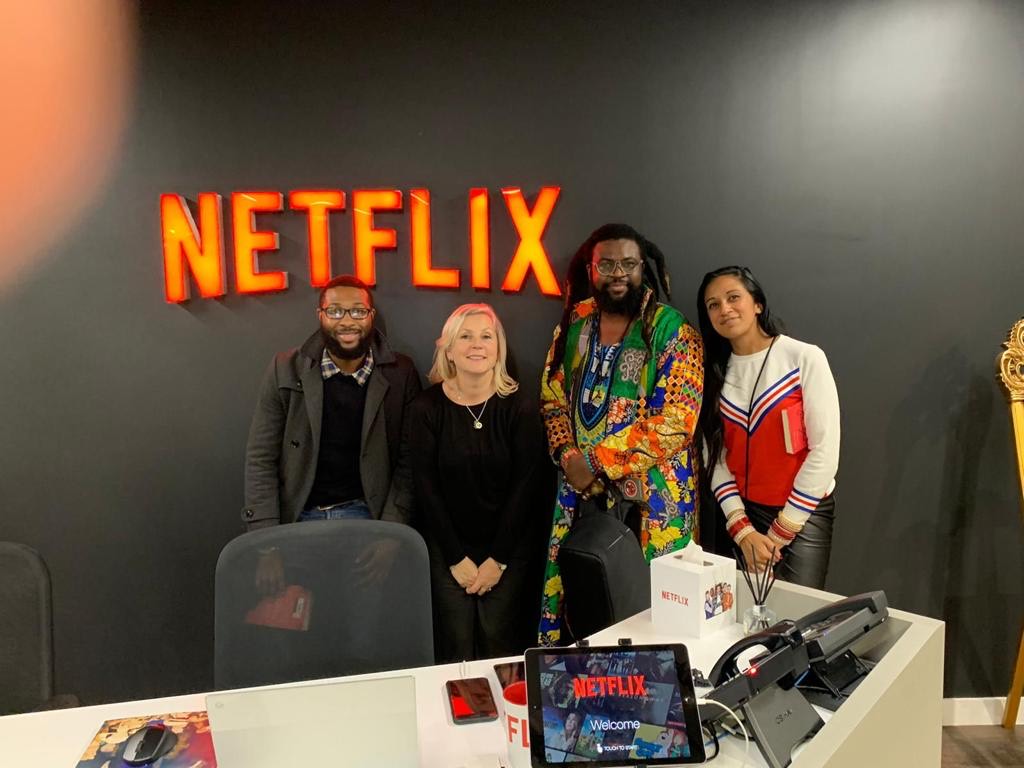 The film focuses on the life of Emeka Ojukwu, between 1954-1960, before Nigeria’s Independence, as he spends time, frolicking with different women and throwing parties for his friends, inviting highlife originator, E.T Mensah, from Ghana to play for him and Bobby Benson, singing at his birthday party.

In an interview with Ameyaw TV, Onyeka Nwelue highlighted the significance of the highlife pioneer in his narrative. “The film is a biopic of E.T Mensah and his peers in the 1950s.  So, how he came to play in Nigeria in 1958 and what he means to Nigerians.  E.T Mensah is the pioneer of highlife and people like Flavour have grown to become what they are through the mystery of E.T Mensah. Anyone who could afford to bring E.T Mensah to Enugu in the 50s was really a rich man, and Emeka Ojukwu, the founder of Biafra, invited him. So I thought it was important to include E.T Mensah in the narrative of Ojukwu.”

Achara Man plays the role of E.T Mensah in ‘Other Side of History’. Filming has been taking place in Nigeria, Ghana and the US, before moving to Canada. An October 1st, 2021 launch is anticipated, which is Nigeria’s Independence Day.

Inspired by a 2012 Vanguard Newspaper article by Uduma Kalu, “Ojukwu: Sexcapades of the Biafran leader,” ‘Other Side of History’ is about Emeka Ojukwu, the son of Sir Louis Ojukwu, the richest man in Igbo land and friend of Queen Elizabeth.  He has all it takes to attract any woman. He is from a wealthy family and was educated in Oxford. His voice is poetry and could spin women’s heads. It is said that he combines romantic poetry with love letters, and deploys very soothing words for his women.

Other Side of History is directed by Onyeka Nwelue (Agwaetiti Obiuto) and based on a screenplay by Odega Shawa and Onyeka Nwelue. Lorenzo Menakaya for Blues & Hills Pictures Ltd produces the film.

Starting from July 1, no feature film will be sold to TV Stations- Leadership says
Feature films banned on TV from July 1