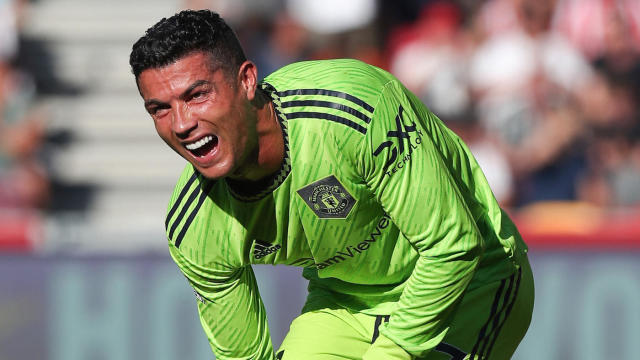 The boy’s mother has described Ronaldo as “the most arrogant man” that she’s ever met.

Manchester United forward Cristiano Ronaldo is set to be sued to court following a phone-breaking incident that occurred after a Premier League game last season.

A few months ago, Ronaldo walked off the pitch in a rage after losing 1-0 against Everton, so much so that he allegedly smashed a fan’s mobile phone when he was about to enter the locker room tunnel.

After what happened, the Portuguese player publicly apologized and even invited his follower, a 14-year-old boy with autism, to watch a game at Old Trafford.

However, Sarah Kelly, the fan’s mother, rejected the proposal, with a subtle a war between the woman and the five-time Ballon d’Or, set to take off.

Kelly describes Ronaldo as “the most arrogant man”

According to Mirror, the woman recounted how a day after the incident, a man named Sergio who claimed to be Ronaldo’s PA called her with an offer to meet the player at United. She refused, but she claims she was told, “Do you know who Ronaldo is?”

Sarah said the same man called her back two days after, saying that Cristiano Ronaldo would like to speak to her in person.

The striker called, but Sarah described him as the “most arrogant man I’ve ever spoken to”, among other things.

“He kept calling me Jack and he didn’t even know my name and I said, ‘My name is Sarah,’ and he was like, ‘Oh, Sarah, I’m sorry.’ He never referred to Jacob by name either, he was always ‘the boy.’ I know the child has problems,” Ronaldo said, according to the woman.

‘I told him, ‘He doesn’t have a problem, he has a disability, you’re the one with the problem.’ He said ‘I’m sorry,’ but then added, ‘I haven’t done anything wrong.”

Kelly has now said that Cristiano “has gotten away with it” and intends to take legal action against the footballer and the club.

“I want to see justice because there hasn’t been any. I want him to be held accountable for what he did. The only way to get justice is to keep fighting,” she said.

Continue Reading
You may also like...
Related Topics:cristiano ronaldo, Featured