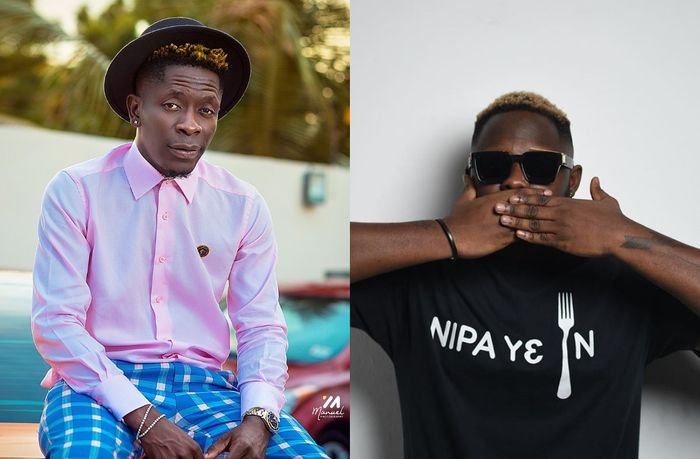 This was after Shatta Wale who pleaded not guilty to one count to wit; Publication of false news that caused fear and panic in the public domain made a second appearance after five days in prisons custody.

Three others who appeared in court with him Kojo Owusu Koranteng, Shatta’s personal assistance, Eric Vanetor, a graphic designer and Iddrisu Yussif, a beautician were charged for abetment of criminal publication of false news were also admitted to GHc100, 000 each with a surety whom should be a public servant.

EIB Network’s Court Correspondent Murtala Inusah reports that, the court presided over by Mr Emmanuel Marvin Essandoh has adjourned the case to November 9.

Meanwhile, rapper Samuel Adu Frimpong popularly known as Medikal has been granted bail in the sum of GHc100, 000. He is also to produce one surety who should be a public servant.

The case has been adjourned to November 9 after spending five days in prisons custody.

The rapper pleaded not guilty to one charge of displaying arms and ammunition when he first appeared in court last Friday.

The court presided over by Justice Emmanuel Essandoh, a High Court judge sitting with additional responsibility as a circuit court judge granted them bail after his lawyer repeated the previous application application

Lawyer for the accused Emmanuel Yeboah Ghana had argued that his client is well known and lived all his life in the country and will not disobey the court.

According to him, if granted bail he has persons to stand sureties for him including his wife and mother.

The prosecution led by Chief Inspector Dennis Terkpetey while opposing the grant of bail said, the interest of the larger society is what the court must consider.

He argued that there is an aspect of the case that is still under investigation and ought to be remanded.

The brief facts of the case as presented to the court, by Chief Inspector Terkpetey, the prosecutor, were that, the accused person is a popular musician and in the month of September 2021, whilst in his car, the accused without any reasonable excuse displayed a rugger 9mm pistol and posted the video on his snap chart social media platform.

According to him, on March 26, 2021, the video of the weapon he displayed on snap chat went viral and “Adomonline” published same.

He said, on October 21, the police acting on intelligence arrested the accused and handed hon to the regional criminal investigations department for investigation.

The accused he said, admitted the offence in his investigation cautioned statement and was subsequently charged and arraigned.