Spotify is ‘testing price increases in the UK’

Spotify is testing subscription price increases in the UK for its Premium Individual, Duo and Family plans. 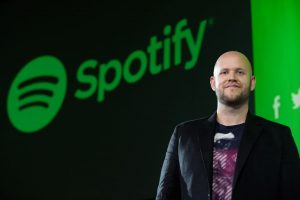 This is according to UK technology editor at The Guardian Alex Hern, after a consumer survey was sent to Spotify’s subscribers in the country. The survey indicates a price hike of £10.99 – up from £9.99 for Premium Individual, and Duo and Family price increases of £14.99 and £19.99, which currently cost £12.99 and £14.99, respectively.

The consumer testing of price hikes follows comments made by Spotify CEO Daniel Ek in February after the release of the company’s fourth-quarter earnings report. Ek said that price hikes would become part of the company’s growth strategy in the future. However, a few weeks ago, the company said it did not intend to increase prices in the US in the near future.

This is not the first time Spotify has ‘tested’ price increases. In Norway, in July 2018, the music streaming platform introduced increases for its standard Premium, Student and Family plans. The subscription fees have been 10% higher since then.

According to Spotify’s latest financial earnings report, the company had increased in October 2020 the cost of its Family plan in seven markets, including Australia, Belgium, Bolivia, Colombia, Ecuador, Peru and Switzerland.

Ek told investors that there were three ways that Spotify could achieve growth: “One, we can improve our product proposition. Two, we can launch in new markets, and three, we can raise prices.”

He added: “We’re now adding the third part of the stool here as well, but I don’t think you should read into that, that growth has peaked. It is more that we’re now flexing our muscles and adding that third part, too.”

In addition to the price hikes, Spotify announced recently that it would expand into more than 80 new markets, of which more than 30 are African countries. The company is also working on bolstering its platform by introducing a new high-fidelity subscription plan in select markets later in 2021.

Deezer and Boomplay already have a strong market presence in Africa and both platforms have significantly reduced the cost of their subscriptions in Kenya and Nigeria.

Music streaming platforms have not increased their prices for premium packages beyond £9.99 in the UK. British Phonographic Industry boss Geoff Taylor pinned the blame on YouTube during the UK Parliament’s inquiry into the business of streaming in February.

“I wouldn’t call them [YouTube] a platform,” Taylor said. “They’re a music service, 450 of the top 500 most viewed videos are music-related. It is not fair. We would like them [streaming services] to push their prices up, but they can’t when YouTube is such a mammoth offering and almost the default for the consumer to go to. We really want the government to look hard at this.”