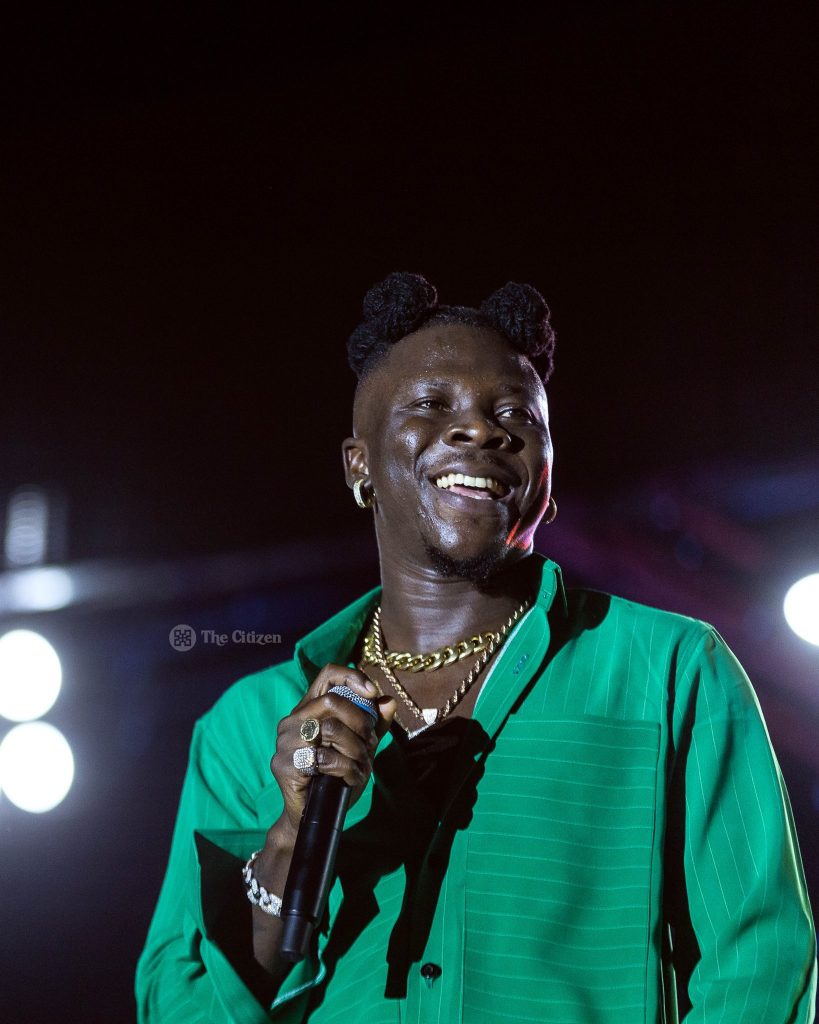 On Tuesday night (Dec. 28), waves of scattered chatter changed smoothly into the fully packed El Wak Sports Stadium as fans chanted the name of one of the Afrochella Festival’s biggest headliners, Stonebwoy.

As the thousands of festival attendees chanted his name, 1 GAD emerged onto the stage while his band played his introductory tune. Witnessing a significant career growth from a young talented dancehall sensation to an eminent global afro-dancehall and reggae ambassador, he climbed the big stage to celebrate Africa’s diverse culture and the vibrant work of African creatives & entrepreneurs.

“I got di things dem neva think me woulda get enuh, I got di life dem neva think say me woulda live enuh,” he sang as the audience’s enthusiasm grew during his opening set. His articulate and flawlessly delivered introductory performance was followed by another audience-favorite, as the they sang the lyrics to “Tuff Seed” and “Hero.”

The rest of the set saw him run through his vast discography sequentially. The Africa’s most revered reggae and dancehall artiste played “Bawasaba”, “Pull Up”, “Shuga”, “Sobolo”, “Nominate”, “Mane Me”, “Everlasting”, “Putuu”. He was joined on stage too by South African rapper Nasty C and Vic Mensah to perform their recent collaborative track “Bow Down” extracted from his 2020 chart-topping and award-winning album, Anloga Junction and and “Blessing” respectively.

Stonebwoy took charge of the stage with his timeless records as he fired off, never skipping a beat. As fans were left thinking what songs the BET and Grammy awardee would fill his final minutes with, he closed out his unique Afrochella Festival night performance with “Activate”.

Take a look at some of the reactions.

Continue Reading
You may also like...
Related Topics:Afrochella, Featured, Stonebwoy