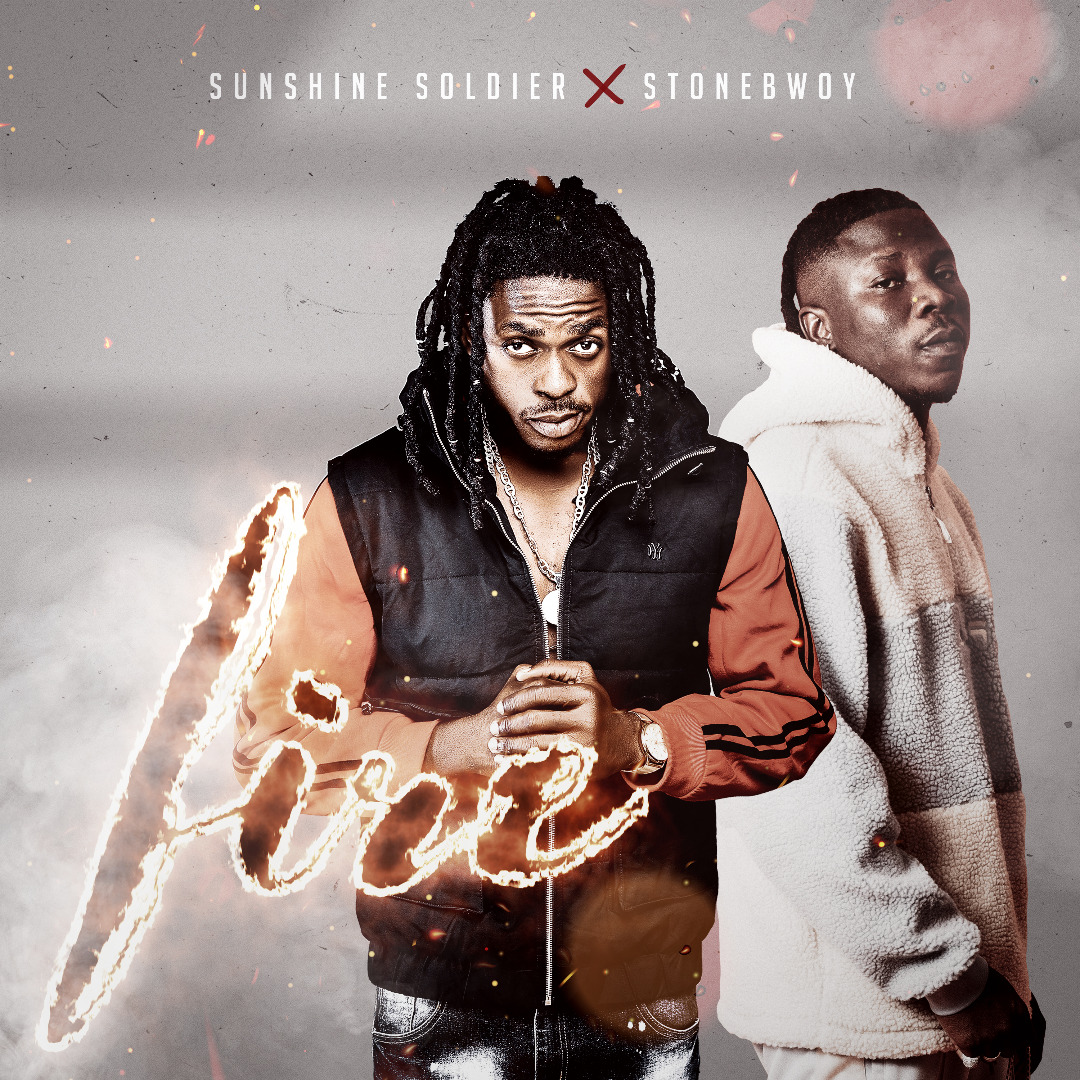 Ghanaian singer Sunshine Soldier teams up with his godfather Stonebwoy on ‘Fire’.

Hailing from the same city of Ashaiman, there is a monstrous wave of excitement from the masses regarding the collaboration.

Produced by another Ashaiman youth MOG Beatz, the song was mixed and mastered by Master Garzy.

Sunshine soldier is a flourishing youth from Ashaiman who has been firmly connected with stonebwoy, scoring joint shows for two continuous releases of the justice experience facilitated by stonebwoy’s DJ justice.

In the Ghanaian music scene stonebwoy has been situated at the top for more than 10 years, with yet enough fuel to move further up and take much higher steps.

Notwithstanding, stonebwoy who has consistently had an eye out for more youthful talents is almost restless for the world to catch a full glimpse of the musical goldmine in his home state – Ashaiman.

With about 5 editions of his flagship campaign and annual concerts –– Ashaiman to the world – Stonebwoy has given several artists the stage to show their talents, and play on the large stage with an always developing crowd assessed presently at somewhat more than 50,000.

This collaboration crosses off a long-held item in many bucket lists of Ashaiman music masses; more especially for those in the closely-knit Bhimnation music community who would easily tag sunshine soldier’s released ‘fire’ song as a new beginning.