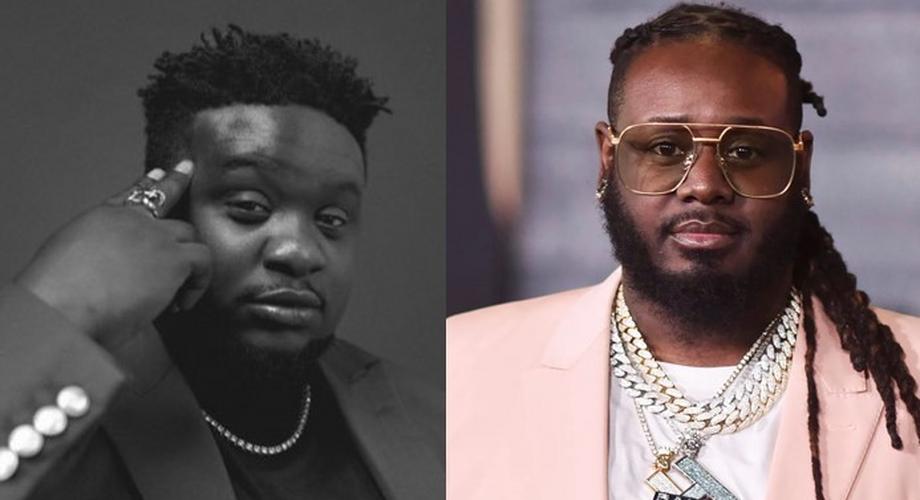 On September 2, 2021, Grammy-winning American rapper and singer, T-Pain got on his Twitch livestream and called Nima Etminan, the Chief Operations Officer of EMPIRE Distribution, to which Wande Coal has had a deal since Q4 2019.

During the chat, T-Pain joked about Etminan‘s use of a wired headset in 2021 before proceeded to the point of the discourse, he reimagined Wande Coal’s upcoming record by adding his verse and a baseline, which elevated the song.

Produced by Kel P, the song the untitled song looks to be from an upcoming body of work.

For a few months now, rumours of an upcoming EP between Black Diamond and the Grammy-nominated Kel P has swirled.

Watch the video below;

Continue Reading
You may also like...
Related Topics:T-Pain, Wande Coal