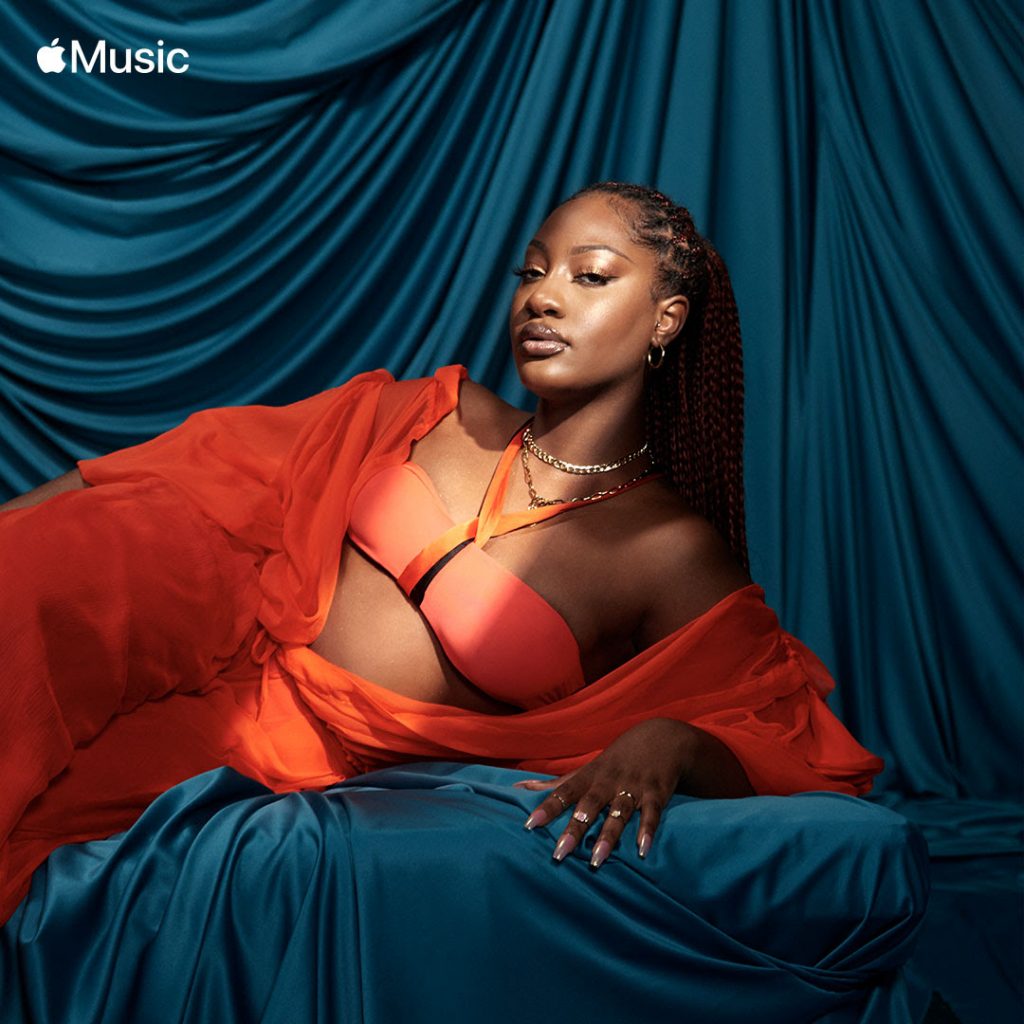 Tems announced as Apple Music’s Up Next Artist

The artist just announced her signing to Since ’93/RCA Records, following the release of her new single, ‘Crazy Tings.’

Tems is a dynamic songwriter and producer who is bringing a new energy to the Nigerian music scene. The Isale Eko native boasts a blend of R&B and Soul paired with African nuances to create her unique sound. Last year, Tems released her first EP, For Broken Ears, which was the top R&B album in 43 countries, receiving nods from artists like Brent Faiyaz, Chris Brown, Drake, and more. Tems also appears on Drake’s newest album, Certified Lover Boy, as well as Wizkid’s standout single, ‘Essence,’ which has held the #1 position on Shazam’s Top 200 Charts. Dubbed the “song of the summer” by critics/fans, the track went #1 at Urban Radio and #1 on Billboard’s R&B/Hip-Hop Airplay chart, with a new version recently released with Justin Bieber. Tems’ songs have been prominently featured on Apple Music playlists such as Afrobeats Hits, Africa Now, Top 100: Nigeria, she was deemed an Apple Music ‘Africa Rising‘ artist, has curated exclusive guest playlists for Apple Music Africa Month and Holiday Sounds, and contributed to Apple Music’s Exclusive Original Playlist: Juneteenth 2021: Freedom Songs.

“I’m so so excited to be selected as the Apple Music Up Next artist,” says Tems. “I’m happy that I can share my story and the story of where I am from. Sending huge love to Apple Music for encouraging artists, and providing the visibility needed to impact societies on a global scale.”

“Tems once told me that ‘being yourself actually takes more courage than people would imagine,” said Apple Music 1 host Nadeska. “In her career that has meant ignoring opinions and pressure to compromise her music, while constantly defying expectations. Her debut EP was raw and addictive, leaving fans hungry for her next release. And no matter how her songwriting evolves, her unique and captivating vocal tone will bring her the spotlight on any original or feature record she touches.”

In her Up Next film out today, Tems shares details of her journey, growing up with a single mom in Lagos, Nigeria, being extremely introverted, and afraid to use her regular singing voice because it was too “textured.” She also talks about getting a job right out of university because she thought she had to provide and that’s what her family wanted.

She tells Apple Music: “My decision to quit my job, that leap that I took, literally everything was just coming together. Just off ’Try Me’ alone I had a lot of shows. I couldn’t go out anymore, I couldn’t go to the supermarket anymore, I was like, ‘ok something is happening.’ ’Try Me’ came out of that strife, and I really wanted it to mean something, especially for Nigerians, people that live in this country, because things are hard.”

Additional Up Next campaign moments include a Jimmy Kimmel Live! performance on September 29 and a sit-down interview with Apple Music 1’s Nadeska, where she discusses her highlights from the last year, working with Wizkid on ‘Essence,’ as well as its remix with Justin Bieber, and the new music she has coming.

Continue Reading
You may also like...
Related Topics:Apple Music, Apple Music Up Next Artist, Featured, Tems