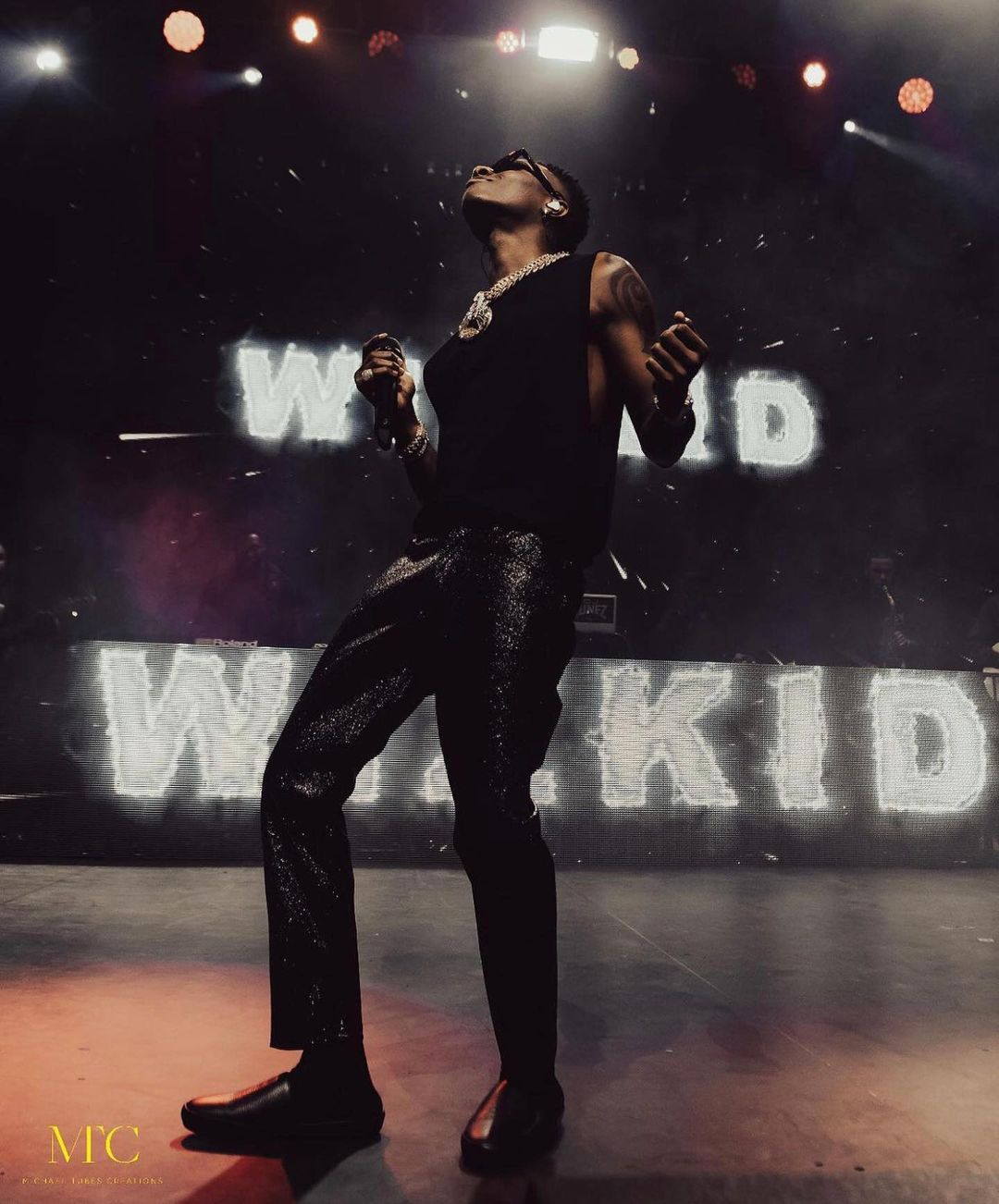 The singer surprised fans by bringing out Chris Brown on stage to perform alongside him in the latter’s first performance in the UK in over a decade.

Wizkid spoke highly of the “Go Crazy” singer whom he reckoned was the first international artist to show him love and revealed that they have been friends and brothers from way back.

The screaming of the audience was enough to register their pleasure at the surprise as they couldn’t hold back their excitement when Chris Brown began belting his “Go Crazy” hit.

Ella Mai was also onstage to perform “Piece of Me” with Wizkid and seemed rather bamboozled by the pull he had on the crowd.

Over 20,000 concert goers, we present on Sunday, November 28 as Wizkid belted out hits on hits and he didn’t disappoint.

Taking it back to the days of his Superstar album, he thrilled fans with evergreen hits like “Ojuelegba” and many more along with the more recent chart-topping “Made In Lagos” album.

Buju, Skepta, Burnaboy were all on hand to support Africa’s biggest music export of the new music dispensation and when the night came to an end, it was quite emotional as Wizkid took a bow on the stage to end the show.

We can’t wait to see what Day 2 of this phenomenal event will hold but in case you missed the show, check out some of our favourite moments from tonight.

Watch the video below;

Continue Reading
You may also like...
Related Topics:Chris Brown, Featured, Made In Lagos, Wizkid