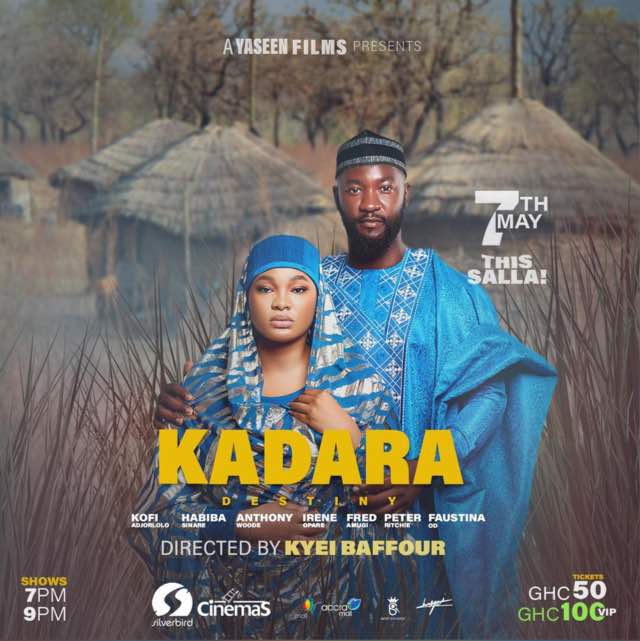 Ghanaian actress and producer Habiba Sinare and Yaseen Films are gearing up to premiere the much-anticipated movie “Kadara”.

It will be premiering on Salah Day, which falls on Saturday, May 7 at the Silverbird Cinemas, Accra Mall, and Westhills Mall.

‘Kadara’ was shot in a northern setting, it was directed by Kyei Baffour. The movie tells a true love story threatened by tradition. In the movie, a mother has to make decisions for her son because of tradition. The lovers come up with a plan that may be too risky for them and their lovers.

The tickets are selling for GHC 50 for regular and GHC 100 for VIP (limited slots available). The first show is at 7pm and the second show is at 9pm.

Continue Reading
You may also like...
Related Topics:Featured, KADARA